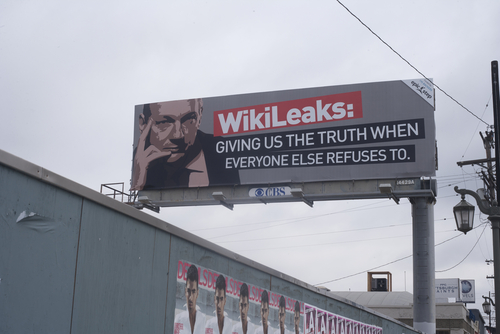 Today is Australia Day.  The press will talk up the Australian spirit, the land of the fair go and  the larrikin Australian attitude towards authority.  There will be citizenship ceremonies and awards bestowed upon people who have given good service to the nation.   There will be barbecues, with lamb chops and beer.  Australians will wrap themselves in a flag featuring  a Union Jack .  They will shout inanities like Aussie, Aussie, Aussie, Oi,Oi,Oi!  Some may even be coherent enough to stumble through a verse of the national anthem.

Amidst the backslapping, jingoism and drunkeness lies an emptiness and shallowness that a nation bereft of true identity and moral fibre must feel.  For Australia, despite its brash cockiness is nothing more than a vassal state of the USA incapable of protecting its citizens from the clutches of the dark forces that swirl within that country. If you have difficulty with that statement, take a moment to consider the facts surrounding Julian Assange – persona non grata to the Australian Government.

If the CIA do get hold of Assange, his fate will be clear.  He will become familiar with the practices of waterboarding, sleep deprivation and countless other acts of torture designed to extract every source and whistleblower that has supplied Wikeleaks with information.

Yet, successive Australian Governments of every hue have effectively sat on their hands offering neither succour nor comfort to an  Australian citizen who dares to expose and embarrass the powers that control the United States and other parts of the world, from Russia right through to the snivelling boot licking cowards in the Australian Government.

The work Wikileaks has done in exposing the spying capabilities of the CIA (Vault 7 leaks) is work deserving of national acclaim, but you wouldn’t know it if you relied upon Mainstream Media within Australia.  In fact the MSM has been criminally negligent in its defence of Assange and has played its role in perpetrating the convenient CIA/Deep State  mythical talking points that Assange is a rapist and a Russian agent.    At best Australian journalism could be excused as lazy, I prefer to use the word cowardly.

As Australians bask in their faux patriotism today, they might spend a minute contemplating what it means to be a true patriot.  How many would risk everything to let their countrymen know the truth about how the world operates? Precious few, I suspect.   The greater tragedy is that there are precious few who have even the slightest appreciation  for what Assange has done and what their government representatives refuse to do to protect him.

Perhaps, one Australia Day in the future, Julian Assange will be given the honors and respect that his work, courage, lack of respect for authority and belief in a fair go for all command.  He is in many ways the personification of what Australia would like to believe it represents. If only we could live up to his standards.