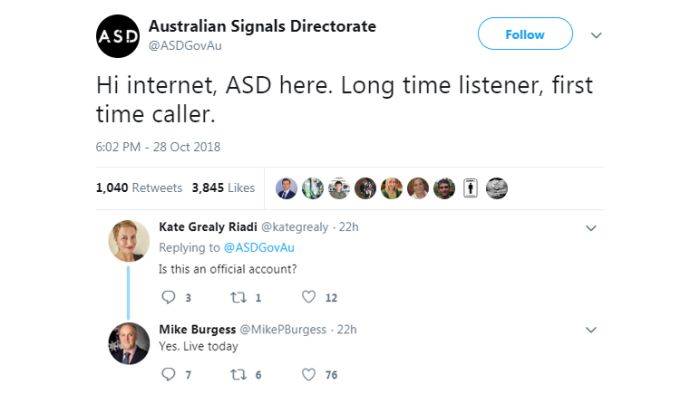 The Australian government has once again taken the opportunity to remind Australians that they live in a police state.  Today, police armed with the necessary warrants raided the home of Sydney’s Sunday Telegraph editor, Annika Smethhurst . Smethhurst had earlier reported on government plans to give greater spying powers to the Australian Signals Directorate.

The Signals Directorate under current law is not allowed to spy on Australians. According to the documents cited by Smethurst, new proposed laws would allow them to do so. The obvious question is why?

Why would government officials see the need to crack down on a journalist for exposing their plans to spy on their own citizens?

In a functioning living, breathing democracy citizens would be somewhat alarmed at this development .Not so in Australia where Australians have become accustomed to journalists who don’t tow the line being treated as common criminals. Besides. there’s a cold beer in the fridge and some mindless reality TV show that we can all talk about tomorrow. Who cares if a journalist or two fall through the cracks. She’ll  be right mate. -it’s not as if we are a police state or anythng

I have seen plenty of commentary on social and mainstream media from ordinary people who have become convinced that reporting on the malfeasance of government is nothing more than trouble making.  How on earth did we get here?

Of course, there is plenty of commentary from the left  side of politics. They see this as vindication for their beliefs that the conservative coalition are nothing more than Nazis.

There’s also plenty of commentary from  conservative supporters supporting the action in the interest of national security of course.

Both sides of politics encourage the police state

It’s that simplistic  either or proposition that is killing us. If the government was a different hue, the commentary by and large would swing a full 180 degrees.

The simple fact is that both sides of Australian politics are more than willing to trample all over honest sincere journalists who wish to expose the truth. Many of my similar minded friends are choosing to ignore that the Sunday Telegraph is part of the big bad Murdoch press.

For some time now it has been evident to me that the major media voices of the political left in this country either lack courage or have become so infiltrated by government assets that they would never print or publicise such a story.  That’s almost as chilling as the evidence of the left’s performance in government when it comes to press freedoms.

The Rudd/Gillard governments were all too happy to participate in the harassment and undermining WikiLeaks and Julian Assange.

Somewhere somehow Australians have managed to handover their basic individual rights to a government that pretends to be acting in their interests. In reality it is only interested increasing surveillance  of and interfering in the minutiae of our everyday lives.

National security is simply  code for “we have to hide our corruption.”

All sides of politics do it across the globe and the key words are all sides.

Australians like many many citizens of other Western Nations have become blinded by the two party system.  Neither side of politics has the slightest interest in the common people. The charade of two parties competing for control of the nation is just that. It doesn’t matter who’s in government -nothing changes.

The  distraction of day-to-day politics  serves to mask the reality that our political system is sleepwalking into the abyss.

If Australians were aware of the depths of corruption and self-enrichment festering withn our government there would be hellt opay. Bonfires would be lit, yellow back jackets donned and we would be marching on Canberra with pitchforks held high

Our politicians are terrified of that.  Their own safety is the only national security that is on their minds when they choose to go after journalists,tear down independent publications and intimidate truth seekers.

Enabled by a largely complicit mainstream media and a  sleeping populace our government is hell bent on controlling our words, thoughts, actions and beliefs.

Wake up Australia –  you’re standing in it.

Thank you for taking the time to read about the Australian Police State. I am a full time writer with an interest in politics and where this world is headed. If you liked this short article please share it on Facebook, Twitter or any other platform that you hang out on.
You can suport my work by -: