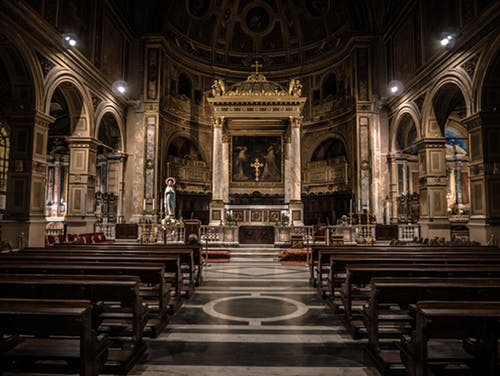 Caitlin Johnstone’s epic piece on Cardinal George Pell is remarkable in many ways.  However, for me, it hammered home some truths that I have only dared skate across in moments of darkness.

In her own surgically clean way, Caitlin has managed to put her finger on the one clear feeling that all people who know a victim of sexual abuse must feel. It is an overwhelming, sense of rage. At times white hot anger, at other times running deep in the subconscious, the rage never disappears.

I know that rage. I know it well.

On several occasions I have written about my teenage and early adult years. When I read those articles back I can feel the rage trying to escape.

Way back then, I allowed rage to define me.

I was angry at everything. At the school that I attended and at it’s teachers and “Christian brothers.” More so I was angry at the Catholic community at large because to my mind they let it happen and I was angry at myself for being incapable of doing anything.

No one fucking listened.

We told people what was going on and no one fucking listened.

A teacher was tried in court for child molestation and never missed a day of school once the trial was over.

I started attending St Josephs College in grade 6 (tuition started at grade 3 and went all the way through to what was then called Form 6 (Now year 12).

I was a bright, curious kid, who loved playing sport.

I can’t pinpoint a reason why – I can just point to a slow gradual decline into darkness – a decline that was hastened by fear at first and later anger.

I felt its first touch when I witnessed a fellow student who was no more than 12 receive “the cuts” from my class teacher. I had never seen this before. As brutal as the physical abuse was, the theatre involved was pure psychological abuse of an entire class.

You could almost smell the fear as the poor snivelling kid returned to his seat.

That was nothing compared to what I was being told awaited me in Form one.

The whispered tales about the behaviour of a particular brother who ruled his class with a perverse madness beggared belief. Surely these tales of him sexually assaulting people at the back of the class or savagely beating boys around the head were fantasy or some sort of test for the new kids.

But the tales continued of him either sticking his hands down kid’s pants and groping their genitals or alternately just kneeing them in the balls for fun came from too many sources.

I spent the entire Christmas holidays in a permanent state of fear that I would be assigned to that monster’s class. I couldn’t sleep. I tried to tell my parents, but how does a 12 year old make that sound sensible?

This was St Josephs College – a college that turned out young Christian gentlemen.

Fortunately for me the brother in question was moved to another school. Maybe someone complained. All I know is that I dodged a bullet.

Shortly after that a couple of kids invited me to take “extra training” after school with the Phys Ed teacher, Mr Coogan. I was kind of attracted to the idea, as I still had visions of playing football at a high level. Any extra physical training would be good.

My parents wanted more information – when I asked there was none forthcoming. “Mr Coogan said it’s private.” I never went.

Twelve months later it was obvious to anyone with eyes and ears that Mr Coogan had a “special relationship” with those two boys and it wasn’t healthy.

Yet nothing was done. By then, I’d found a circle of friends that weren’t particularly sociable and the immediate danger to me waned. There’s nothing less appealing to a paedophile than a group of angry young men who at least pretend to be handy with their fists. We joked about those two boys and Mr Coogan.

Part of me died every time we did – it could so easily have been me. That was a second bullet dodged.

Things happened all the time and nothing changed.

One day I came to school and heard that a kid a couple of years my junior had put a gun to his mouth and pulled the trigger. He was a primary school friend’s brother.
It didn’t take long to hear the rumours of something happening in the change rooms. I can’t describe the feeling I felt then. It was incandescent and pure.

What’s a boy going to do?

I packed up my identity, hopes and dreams and hid them behind a cloak of faux toughness and outright nastiness that made me no friends.

This insidious sickness was everywhere. My under 15 football coach was a paedophile who played favourites by holding drunken parties for his chosen boys. I dodged that bullet as well.

There were at least three other Christian brothers not mentioned here that stories circulated around the school about. By this time I didn’t care. It was every kid for himself.

One bizarre day, a teacher delighted in informing the class that I was destined for Coburg College (Victoria’s main penitentiary prison). He had no basis in fact to make that claim. he just didn’t like my attitude. The irony is that at least three of his colleagues have seen the inside of a prison cell for crimes against children. It’s almost funny.

By the time I left St Josephs, all hope and joy had left me. I was a shell, with nothing to give except sarcasm and anger.

A couple of years later my best friend died in a motorbike accident. He had it coming. He’d been living a life on the edge since he was 15. I suspect he had his reasons. He was a very good looking boy.

His death was the final straw. I really let go.

I hate to say how many people I hurt either through action or inaction. I could not love. I was a mess.

I continued down that road for another seven years. I don’t know why anybody tolerated me.

Finally, I reached a point where I just had to leave Geelong. The place was killing me.

So I did and when I did, I started to get the drinking under control. But the rage was still there, alternately blazing and simmering.

Then, by some miracle, I met a girl who “got me.” The rage dulled.

We had a family and raised three beautiful kids. The rage dulled further, but it never extinguished.

Alan Swingler (my old football coach) was charged with sexual offences against children. According to the broken rites website one of the parents claimed that Swingler was kept on staff at St Josephs after they had complained about his behaviour. Imagine that. The rage flared.

In 1994 John Patrick Coogan was convicted of 17 counts of indecent assault and jailed for 5 years. Critically, one of the victims stated that St Josephs knew Coogan was a child molester but kept him on staff anyway.
Memories of being sent on long cross country runs, while he piled a selected student into his car came flooding back . Seventeen? You’ve got to be kidding. I think you could double that number and still not get anywhere near the truth. The rage flared in me but my family was my rock. I did not succumb then. The rage waited.

Kids grow up. When mine did, I had too much time to think. I made bad decisions. I dwelt on things that should have been put to bed long ago.

These feelings coincided with the increased publicity about sexual abuse by the clergy in my area. Ridsdale, Coffey, Mulkearns and Pell are names destined for infamy. Their crimes rekindled a rage that needed little encouragement.
I spiralled out of control. In doing so I put everything and everyone I loved at risk.

Thoughts of suicide were never far away. It seems silly writing that. But when the rage overwhelmed me and I spiralled down a dark tunnel of depression, it made perfect sense.

The thing is that I knew this shit was going down and despite my attempts to tell people, I couldn’t stop it. I still think of kids I know were abused. I can’t help but wonder where they are and how they’re doing

My wife got me through that dark period. If it were not for her love, I’m pretty sure I’d be dead.

It must not have been easy. I made it hard.

It’s taken five years. Five years of rebuilding myself. The rage is still there. Anyone who reads my writing or my social media postings can see it. But I’ve learned.

I’ve learned to care and be passionate about causes. I’m acutely aware that Julian Assange bares a passing resemblance to my best friend who died at a very young age. I don’t think my taking up his cause is entirely unrelated to that. But that’s OK.

I’ve learned that there is such a thing as inner peace and after the conviction of Cardinal Pell, I’ve dared to dream that there may even be justice.

But most of all I’ve rediscovered love.

Here’s to you my fellow survivors. There is a whole generation of us that was abused either emotionally, physically or sexually. We are all scarred in some way. But we’re still here. Despite those bastards best efforts.