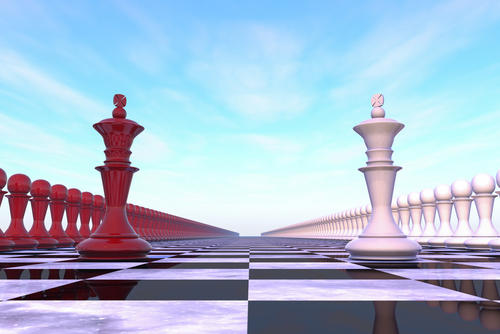 “Don’t just stand there polarise.” This was the catch phrase on a political cartoon that I saw when I was in Year 10.  That simple cartoon has swum back in to my consciousness, as I’ve watched all political discourse dissipate under the influence of sharp polarisation across the world.

It’s remain or leave in Britain.
In the USA it’s Left or Right.
In Australia it’s not quite as obvious but ten minutes spent reading the Australian newspaper comments section leaves you in no doubt that polarisation is in full swing in this country.

Somehow, political discourse has been reduced to the level of supporting a football team.

It’s all or nothing.  You’re either for us or against us. There is no grey anymore, everything is reduced to black and white, right and left.  The art of debate is gone, as is the art of critical thinking.  So too, it seems the art of compromise.

And politics, above all else is about compromise.  But there is no compromise to be had when people adopt intransigent positions.

The practice of divide and conquer is as old as politics itself, with Julius Caesar adopting the strategy from ancient Babylon.  The British used it to devastating effect in the Middle East and the powers that shouldn’t be use it to distract ordinary people from real problems.

As long as we fight among ourselves, we will never see who the real enemy is.  And that suits the status quo just fine.

One of the great drivers of this insane wave of polarisation has been social media.  We all tend to follow and connect with people of similar views.  These views are reinforced in our very own self styled echo chamber.  Over time these opinions solidify in our minds into indisputable facts.  When an opposing view or fact  is stated we cannot handle it and we cry fake news.
Our social media cocoon can be relied upon to reassure us that the report in the Intercept is either a Russian Bot or a Clinton News Network disinformation piece depending on our point of view.

What in God’s name is wrong with us?

Nobody is right all the time.  Sometimes the other side has more facts.  Other times they are aware of circumstances and conditions that you or I might not be aware of.  Sometimes those stories that are disagreeable are based in fact.

We only learn when we listen to the other side.  But we will never learn if we’re not prepared to at least meet the other side halfway and listen.

How to Combat Polarisation

Stop drinking the mainstream media Kool-Aid.  The mainstream media have their own agenda to run and they will pick and choose how they want to run it.  For every story you hear/read on mainstream media.  Ask the questions why now? and who benefits from this? A case in point is the recent splurge of UFO “disclosure” articles in the MSM.  Why now?  Who benefits?   While you’re at it, put some time in to researching what a Psyop is and how it has been used on civilians in Western countries.

Now – be brave.  Take a walk on the wild side.  Yes really, the other side.  They won’t bite.  They might say something you don’t like.  It won’t kill you.  Of course, there are degrees of other side.  Both sides have crazy viewpoints.  I kind of like crazy.  It makes me laugh.  You, on the other hand might like to dip your toe in the water with someone who isn’t extreme.  It always amazes me how common the sentiments of the ordinary person are.  The world would be terribly boring if we were all the same.  Don’t be afraid to be challenged.  Embrace it.

Engage with people who have a different viewpoint.  Ask them questions – let them talk- dig and you’ll find interesting stuff.  An idea or opinion won’t kill you.  Having your own challenged may help you to develop a better perspective of the world.

Share independent media everywhere. There are some great independent journalists across the political spectrum.  Their analysis and perceptions are far greater than what you’ll find in MSM.  Seek them out.  Share them even when they don’t agree with you.  Try HA Goodman, Caitlin Johnston, Jon Pilger and Chris Hedges for starters. If they’re a little left leaning give Stefan Molyneux a try.  He challenges my beliefs every time.   Find the Intercept, Democracy Now, Zero Hedge and New Matilda.

Call out MSM reporting wherever appropriate.  If it irritates you say so.  Once you get into this it will all irritate you.  I guarantee it.

Accept that you won’t always be right.

You don’t have to be.  Never preach.  Always listen.  Learn as much as you can.  Pass on and share what you learn or find interesting.  Most people won’t want to know.  That’s cool – the echo chambers are comfortable places.  Change happens slowly.

But change does happen.  In the USA right now it’s interesting to watch as many dissatisfied lefties connect with many people who were called “deplorables” by Hilary Clinton.  They don’t agree on everything, but they sure do agree on change . A case in point is this tweet exchange between Tracy Beanz and Caitlin Johnstone
It gives me real hope.

Let’s kick the oligarchs out and then talk about our differences like adults. 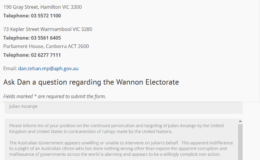