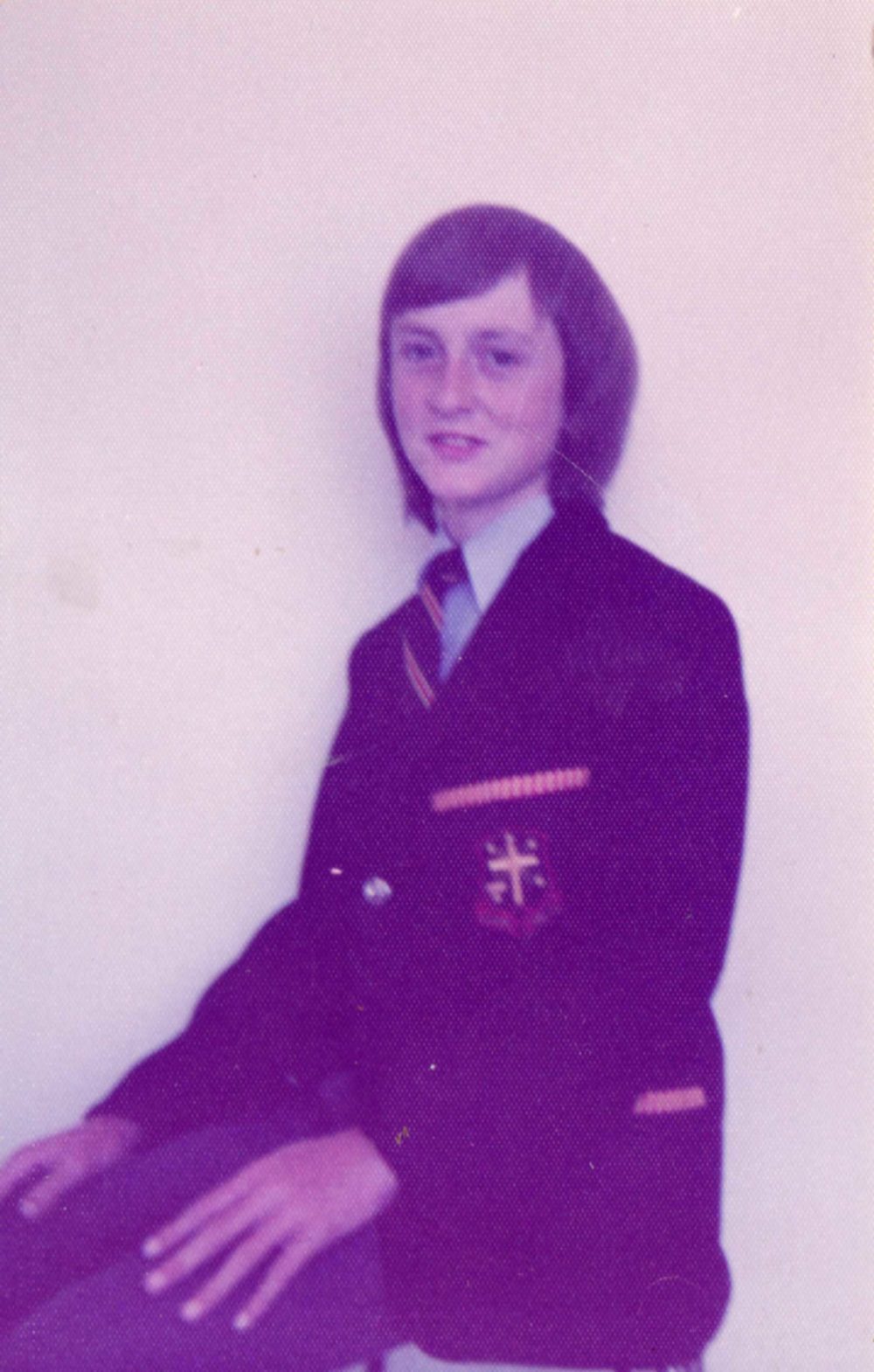 I attended an all boys school in Geelong.  It was catholic.  The culture was toxic on many levels.  Getting the cuts was being strapped on the hand by a heavy leather belt.  This practice is now outlawed.

This is for Terry Collins – you left early, I have no idea what happened to you, but I always thought you were OK.

I think I probably “got the cuts” one hundred times while I was at school.

I’d suggest that while this was above average, it certainly was within normal limits.  It was not unusual to see half a dozen boys receive the cuts in certain classes in year nine on a daily basis.  It was institutionalized violence.

That’s a sad indictment on the school, and the culture that flowed through it.  I was no angel – far from it, but one hundred times?

What I find even now, as really disturbing was how we, the students accepted it, even gloried in it.  It was almost a badge of honour to get the cuts.  The first time was almost a rite of passage.

The first time I encountered the brutality of the system was in Grade six.  We had a young teacher.  I think it was his first year teaching.  We had probably got half way through the school year.  I don’t know what happened.  I don’t know why he chose to discipline two boys, but I remember the atmosphere, the tension and the frisson that his actions created.

He called two boys out the front, told them to face the blackboard, opened his case and pulled out a leather strap.  It was about fifteen inches long and about an inch thick.  Somebody told me once that the straps had a sliver of steel in the middle.  I don’t know if that was true, either way it was a serious hitting instrument.  He asked one boy to turn and face him and then to hold out his hand.  Then he struck the kid’s hand with all the force he could muster.  The boy was no older than twelve.  Of course he burst into tears.  “Other hand,” the teacher commanded and repeated the dose.

Then he repeated the whole exercise with the other boy.

The room was stunned.  All eyes were fixed on the teacher.

He spoke in clipped tones.  “I’ve got one and I’m not afraid to use it.”

I think he was.  I think the whole thing  traumatized  him as much as it did us.  In any case, I never saw him use it again.  I think he was told he had to have one.  That’s the way the school operated.

I didn’t get the cuts until a year later.  It was quite the production.

I don’t know what I did.  I’m sure it wasn’t much.    Not enough to be assaulted anyway.

Here’s how it went down.

The Christian Brother who was our class teacher told me and several other boys to see him at lunch time.  We knew what that meant.

I don’t mind saying I was a little scared.

I was thirteen years old at the most. Probably twelve.

Lunch time came and we assembled outside the classroom door.  He kept us waiting.  Terry Collins, a likeable rogue,  sidled up to me.  “First time?” he asked.

I think I understood what he meant.

Eventually, the Brother arrived and ushered us into the classroom.

We were commanded to face the blackboard.  I was last in line.  Terry stood beside me.

The sound echoed around the room.

My legs turned to jelly.

Terry sniggered and something inside me relaxed.

This is bullshit, part of me thought, while the rest of me was preparing for pain.

There was the usual command.

Why did he get two?

Footsteps – no sobs.
He stood next to me.  There wasn’t a hint of a sob.

It’s just my hand, it can’t hurt that much.

I turned and walked toward him.

His face was stern and he brandished the strap at me.

“Hold out your hand.”

I raised my hand.

He grabbed my arm and stretched it to its full extent.

I raised my arm.  Terry’s instruction rose to the forefront of my brain ride the blow.

I distinctly remember feeling as if I were trembling – all tingly.
He stepped back, raised the strap and then brought it down.  I watched its arc and as it connected with my hand, I dropped my hand slightly taking some of the sting out of the blow, and riding it downward.

It -stung fiercely, but it was not going to kill me.  I certainly was not about to start crying.  He didn’t like that.

The fear was gone.

I raised my hand again.  This time I didn’t time it so well.

He caught me across the wrist.

I refused to show it.  For a second I thought he was going to give me another.

“Go back to where you were.”

I walked back beside Terry and stood by his side.

We stood facing the board for an eternity.  There was no sound, other than sniffles from some of the other boys. It felt like my wrist was on fire.

Eventually we were dismissed.

Terry and I walked side by side.  “How’s your hand?”

I showed him.  There was an ugly red welt across my wrist.

He laughed and show me his – it almost matched……
There’s something in that moment that was special. It was shared trauma. I felt like I’d crossed some imaginary line. This was the way the world really worked. How screwed up is that?

Scratch the surface of memory of boys of my time in the Catholic system and you will hear dozens of stories about “getting the cuts” or the strap.

It was an accepted part of life.

I can remember one teacher nicknamed Psycho who took a run up before hitting boys.

I remember a female teacher who delighted in constantly hitting us.  Freud and Jung would have had a field day with her.

It was brutal theatre.

And it was the theatre that caused the trauma.  Those boys who cried in the description above weren’t crying with pain, they were crying with shock.  I’m sure of it.  It was the tension, the build up, the implied sense of impending violence.  Pain is fleeting, fear can be debilitating.  This is bullshit was not the response I was meant to feel.  I was meant to be quaking. I wasn’t special. Terry Collins broke the spell. I’ll never forget that.

I received the cuts regularly from Year 7 up until Year 10. Most of the time it was for matters so trivial that you would have to wonder whether the people in charge of me were fit to be teaching.  Not every teacher used the strap.  The good ones had no need.
They could command respect without resorting to fear.  Sadly they were in the minority.

Anyone who says that this is the way to discipline kids wasn’t there.  All we learned was violence was the easiest way to solve a problem. The hypocrisy of the practice in a supposedly Christian school is mind blowing. Once I saw the violence for what it was, my eyes were opened to other things. Then I was lost to the system.

4 thoughts on “Getting the cuts”