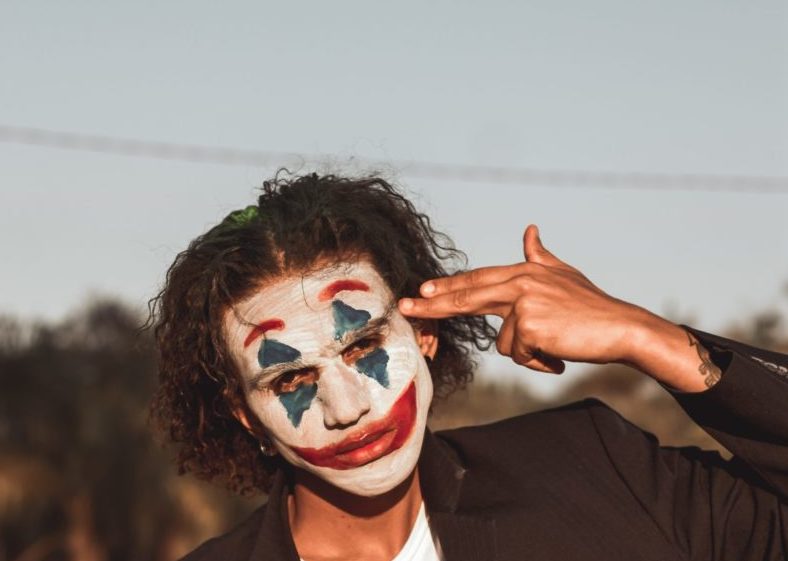 When is the right time to change?
I nearly left it too late.

This was kind of confronting to write.  Its not easy to fess up to being  as low and as reprehensible as I was.

These are the snapshots I remember.  This is for the people mentioned in the story.  All of them.

There’s a couple of  lyrics from songs from around that time Never Surrender (Triumph), Here I Go Again (Whitesnake) and Wasted Sunsets (Deep Purple).

It is another day…just like any other day.  There is nothing to get up for (Or no one to lie in with for that matter) but I will force myself, out of habit.  I can hear Pete’s Celica warming up in the driveway.  Howie will have already left for wherever Howie goes.  He’ll be back before I am and he’ll have a can in his hand when I get home.   I glance at my watch.  I have plenty of time, and I probably need it.

Cautiously, I ease out of bed, and steady myself against the wall.  I’m not too bad.  The head isn’t actually clear, but it’s functioning and my stomach is capable of holding down food.  All’s well with the world.

I shower and give myself a rudimentary shave.  My hands don’t shake but they’re not steady. This morning I don’t cut myself.
I’m winning.

Breakfast is not an option.  I don’t do breakfast.  I’ve gotten out of the habit.

So I have some time.  I wander into the war zone that we call our lounge room and sink into a chair.

“Jesus, what a mess,” I sigh as my eyes flick around the room.  Ashtrays are piled high.  Green and blue cans dot the room.  Most are empty, but there’s sure to be a couple of half empties in amongst them.  Howie’s bong is strewn on the floor.  The bong water has spilled and stained the carpet.  Newspapers and Pizza boxes lie where they fell yesterday.  Somebody’s half eaten pizza slice is sitting face down on a coffee table.  My stomach does a little flip flop.

I stand up, intending to start clearing the mess, when I hear Suzy behind me.  “Are you OK Hodge, you look out of it.”

I turn and smile at her.  Her eyes are wide and maybe a little concerned.  Not for the first time, I wonder what she is doing with Howie,” “Yeah, just thinking.”

I gesture at the room and shrug my shoulders.  “It’s a mess.”

“It always is.  You guys are disgusting.”

“You’re alright Hodge,” she says and turns to leave.

I want to ask her what she sees in Howie, but I can’t.  There are some lines mates don’t cross.

She stands looking at me with those big brown eyes for what seems an eternity, but is probably only a second.  “I’ll see you tonight then,” and then she’s gone.

I stare after her, still wondering how Howie landed her.  You’ve got to be a player to be a winner, I think and sigh.

“But I’ve made up my mind, I ain’t wasting no more time,” a line from a Whitesnake tune runs through my head.  It’s almost apt, but the song is about lost love and what do I know about that? Five eighths of Sweet FA that’s what I know.

“It’s better to have love and lost then to have never loved at all.”

Yeah right.  I much preferred “I am a rock.  I am an island -because a rock feels no pain and an island never cries.”

The thoughts were coming quickly now and so were the memories – none pleasant, all little postcards from hell.

Emma finds me in the Arglye one Friday night because that’s where she knew I would be.  She waits for me to go to the bar and then follows me.  She leans forward and kisses me on the cheek. “I’m sorry Hodge,” I look at her.  She turns and walks away.  I know where she’s going.  I want to ask her for a chance, every  fiber  of me screams to follow her, but she’s better off without me.  I watch her leave, and then order another drink.

I’m walking into town, crossing the Barwon Bridge.  I’m going to the Wool Exchange or maybe the Lord Nelson.  It doesn’t matter much the result will be the same.  I look down at the water below and stop.

Change room – footballs being kicked haphazardly, the coach comes in with his arm around two players……………

She comes to the phone.  “Don’t ring me anymore; you only ring when you’re drunk.”  “But that’s because I’m always drunk,” I start to reply but the line is already dead…..

Shuffle.
Porcelain bowl, vomit up my nose as my stomach cramps………

It’s getting late and the floor is packed with people.  I am studying the mirror ball.  Amanda stands at my side looking up at me, wanting to talk, I continue to stare into space, because I dare not talk to her, I dare not let her in, because If I do I don’t trust myself.

The water looks deep; it would be easy and fast.  I can’t swim.

Johnny McMahon looks at me. He is genuinely puzzled.  “You’re different Hodge.  I don’t know what it is but you look at things differently.  Why do you hang out with these guys?  What are you hiding from?”

Kerry’s voice tinged with concern.  “Is he going to be alright? Can somebody drive him home?”

Peter Mayer laughing like a hyena, as smoke billows in the air.  You don’t need to smoke this shit you’re bent enough already.  I laugh, but inside I feel like Judas.  I stood against Chris but accept these guys.  Why?

I want to take the she’s OK back.  I want to say I think she’s wonderful, but the moment is gone and those words hang in the air.  “She’s OK.”

“I didn’t see his hand move once.”

I do not know her name.  She told me, but I’ve forgotten.  That’s fine with me.  I listen to her breathe and wait for it to become even.  Then I’ll sneak out.

“You smart ass bastard,” Kent is grinding my head into the gravel.  I feel nothing.  My mates drag him off.  Leave him alone, they say.  He looks at the odds and retreats, “he’s a smart ass, and he’s been hanging it on me all night.”  I’ve already wandered off in search of another drink.

Triumph singing “Never surrender”.  What’s a nice boy doing in a place like this?

I’m riding home on the bus with Kerry.  The night has been a disaster and it’s my fault. I walk her home.  She says nothing.  I don’t blame her.   I want to crawl into a hole and die.

It’s 3.00 pm we’re on our eighth Vodka and Raspberry.  There’s nothing else to do.

At a party somewhere.  I’m yelling obscenities about matters I know nothing about at my best mate, Dean.  He cracks and grabs me by the throat.  It’s a mismatch. He could kill me if he wanted to.  Our eyes lock and he shoves me against the wall. “Piss off,” he says.  I look for support.  There is none.

“One too many wasted sunsets one too many for the road and after dark the door is always open, hoping someone else will show.”

She’s invited me in. Its innocent enough she lives with her parents and they’re here somewhere. I want to thank her for what has been a good night, I want to tell her how beautiful she is, but I sit and sip her coffee and pat the dog.  Then I leave.

“Everybody say’s you’re a nice guy when they get to know you.”

I meet my guitar teacher in a bar and I’m smashed.  I tell him how good I am.  He laughs.

Michelle standing at Chris’ grave needing support and getting it from her brothers and sisters, while I stand at the back watching, hating myself for being so bloody weak.  I am an island of misery.

I roll up rolling drunk.  I always roll up drunk.  She tells me to go home.

I force the images to stop.  I have to change or I am doomed to this mad downward spiral.  The names and faces will change, but the result will always be the same.   I’m lost – there is no way out.  Then I remember a conversation I’d had with my boss two weeks ago.  “Mark they want you to move.”

That had been it.  Nothing more nothing less.

I looked around the room and thought there’s nothing here for me.

The decision was made right there right then.  It was time to start again, somewhere else.

I  would ask to be transferred.  I didn’t care where as long as I went away.

It was the first good step that I had taken in many years.

Thank you for taking the time to read this article If you liked it I’d be grateful if you supported my work by sharing it on Facebook, Twitter or any other platform that you hang out on.
Any comments on the subjects I write about or my writing are gratefully accepted.
If you would like to support the work I do in this area you can do so by leaving feedback,  following me on Twitter, Medium or Steemit or alternatively funding my independence by becoming a patron

4 thoughts on “Postcards from Hell”