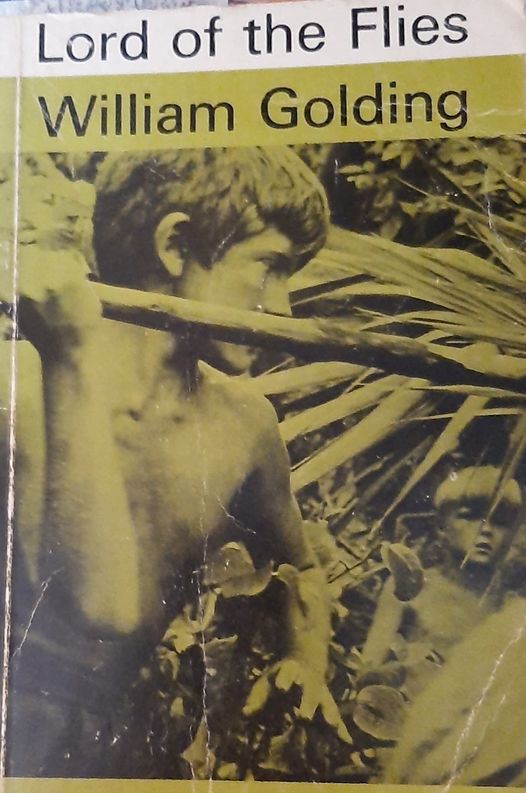 I was once an avid reader. A good book would have me immersed in a whole new world that allowed me to escape from whatever I was running from. I’d like to rediscover that.

As a first step, I spent some time posting some book covers of books that left a mark on me on social media.

Ten was nowhere near enough, but you have to stop somewhere.

Some of these books are better than my top ten. Some like To Kill a Mockingbird are acknowledged classics. Others like Blood Music are mind-bending. My top 10 is simply the ten books that had the most impact upon me. So here are the honourable mentions in no particular order.

I could go on but you have to draw a line somewhere. Besides, I want to get to the meat and potatoes. Here are my all-time top 10 books that influenced me. They are placed in reverse order but could flip around on any given day. All of these are highly recommended. Some might be hard going but every one of them is worth it.

Lovecraft had a hell of an imagination. Either that or he had a good LSD supplier. His writing these days would be described as pretentious and way too wordy. But there’s no doubt that he could tell a story. Anyone who has aspirations of being a dark fantasy or horror writer should read Lovecraft. He created an entire mythos around Chtulu but for all his wordiness and imagination, he understood that the best way to grab a reader by the throat and not let go was to build the tension and leave things unsaid rather than go for the gross-out.

Spellbinding at his best. Always entertaining. Every horror writer who is anybody has paid homage to the Lovecraftian world at some stage or another.

How do I explain this? It was the first book that I owned and read all by myself. At one point I could recite it word for word. I had no idea until writing this that Theo LeSieg was a pen name for Dr Seuss but on some level, it always felt like a Dr Seuss book. Now I know that it was. Duck feet, whale’s spout, elephant’s trunk and tiger’s tail. I wanted all of those things until the reasons for not having them were pointed out

I’ll probably get banned from Facebook for mentioning Dr Seuss, not that I care much.

Perhaps it is because I read the Hobbit first, but I always enjoyed it more than the trilogy that is Lord of the Rings. the Hobbit in my opinion is not as ambitious and focuses on the story rather than any symbolism. The language is at times difficult. Tolkien is almost, but not quite as wordy as Lovecraft and that tends to wear you down after a while. the Hobbit is a simple story that gave rise to a whole sword and sorcery world for me to explore. (Special mention here to a book called Neq the sword that I read in primary school and had forgotten all about until I started writing this.)
The sword and sorcery theme is something that followed me into early adulthood as I followed bands like Led Zeppelin, Dio and to a lesser extent Iron Maiden who all seemed to be on more than nodding terms with the genre.

Again, a book that was read in my junior primary years. This was perhaps the first adult book that I ever read. Some of the lines in it have always stuck with me. Uris has his critics, but this left a huge impression on me and introduced me to some really deep concepts like the nature of evil, the power of reputation and the indescribable cruelty that we humans are capable of. Uris intentionally draws Dr Adam Kelno as a likeable character that can be empathised with. His denouement is at once devastating and just.

Not for the faint-hearted nor the squeamish. Last Exit to Brooklyn has been described as “a punch to the face,” and it is an apt description. I read this when I was fourteen or fifteen and I was transfixed from cover to cover. There are no heroes in this book, and nothing good happens to anyone. And yet I was drawn to the flawed humanity in all of the characters. The book is a series of loosely connected stories describing life in the seedier parts of Brooklyn n the 1950s.
It was briefly banned for being obscene. I can see why, but don’t regard the book as being obscene. It is confronting, vicious, cold and in your face, certainly not the subject matter that fourteen-year-old schoolboys should have been able to get their hands on, but it feels real. Selby shows a complete disregard for the conventions of grammar, but once you start reading, you don’t notice.

Bradbury was a genius. His three best works were all under consideration for this list. Something Wicked This Way Comes being the first eliminated because it simply doesn’t have as much to say as Dandelion Wine or this. Bradbury saw cancel culture coming thirty or forty years before it began to raise its ugly head. Consider this quote and let it roll around in your brain for a while.

“‘Cram them full of noncombustible data, chock them so damned full of ‘facts’ they feel stuffed, but absolutely ‘brilliant’ with information. Then they’ll feel they’re thinking, they’ll get a sense of motion without moving. And they’ll be happy, because facts of that sort don’t change. Don’t give them any slippery stuff like philosophy or sociology to tie things up with. That way lies melancholy.’“

And that’s where we are.

On the face of it, a very simple tale about workers in the great depression, Of MIce and men manages to wring every last ounce of humanity out of what seems to be an unpreventable tragedy which is no one’s fault.

This made me cry.

Steinbeck was every bit the genius that Bradbury was – just a different type of genius.

There’s something intangible about this book that touches way too close to the bone.
The mob rules savagery that this bunch of well educated British boys descend into explores the darkest part of our souls. We all know it and we’ve all tasted it. There is always a need for an outcast and a fall guy. We all want to belong. Sometimes it’s simply easier to blend into the anonymity of the mob than to stand up for what is right. The mob can always justify its behaviour, While we are part of it, we are immune from censure or punishment. How far that goes depends entirely upon circumstances.

Kill the Pig Bash him in is a line much more horrific and chilling than anything Hubert Selby Jnr ever wrote. That’s because it could so easily be you or I chanting that line.

Number 2 The Drawing of the Three
Stephen King

King has written some amazing stuff. Most of his best work is not in the horror genre. Rita Hayworth and the Shawshank Redemption, Apt Pupil, The Girl Who Loved Tom Gordon and Mr Mercedes all had me in their spell. King has three strengths that set him apart from most. His storytelling ability, his incredible observations of human behaviour and the characters he creates.
I’ve always believed his best work was the first three books of the Dark Tower Series. Those first three books were written by a young man with vision and hunger. The last four were written years afterwards and never quite hit the standard of the first three. Perhaps that’s because Roland becomes more human as the story goes on, perhaps it’s because King was more committed to the story when he was younger. I don’t know.
What I do know is that the first two books were under serious consideration for a spot in the top 10 from day one. the Drawing of the three gets the nod, mainly because it introduces a character who is my favourite King character. Eddie Dean reminds me of a friend that I lost a long time ago. His character grabbed me by the throat and wouldn’t let go.
If you haven’t read the Dark Tower, pay no attention to the movie. It does it no justice.

Ka is a wheel

This should be compulsory reading for every student in every country. Orwell gives a chilling vision of a totalitarian state where “the party” has total control. Thoughtcrime, wrongspeak, badthink and doublethink are all concepts that seemed utterly alien when I read the book in 1980 or thereabouts. Now they all seem frighteningly real.
I have seen the memes that say 1984 was meant to be a warning, not a how-to manual. I don’t laugh at them anymore. If we’re not there yet, we’re getting frightfully close.

War is Peace, ignorance is Strength, Freedom is Slavery .

Welcome to my nightmare