Fear is to be embraced 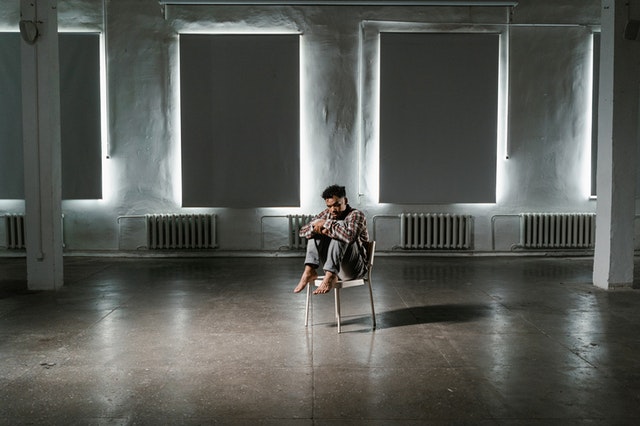 Let’s talk about fear. The gut churning, sleep depriving, mind numbing demon that we all pretend not to know. It lurks inside our minds waiting to challenge us at our most vulnerable moments.

Fear. It is a delicious word that is rarely spoken aloud. To admit its existence is to admit weakness. Men, in particular, are conditioned not to show fear, lest they be construed as weak. As a consequence, they are more likely to be involved in risky behaviour. Backing down, especially when you’re young is not the done thing. It’s dumb, but it is as old as time itself. A young man’s greatest fear is to be seen to be afraid. There is no greater insult than to be called a chicken, scaredy-cat, pussy or coward. As a young man, I would rather suffer severe physical punishment than to be branded “gutless.”

So, we do dumb things and some of us pay a price that is taxed on our loved ones. We all have our tales and we all carry our scars.

We are not infallible. There are responsibilities and obligations. Promises need to be kept. Sometimes, inevitably we wander down paths that could potentially compromise our circumstances. That’s when fear really kicks in. It gnaws away and feeds upon our doubts and insecurities. Too often we try to metaphorically hide our fear under the bed. We don’t bring it into the light of day and we dare not discuss it. Appearing to be out of control is something we don’t want people close to us to see. So, we hide it in the dark recesses of our mind, where it continues to feast on our ever-growing insecurity.

That way there be dragons.

There’s a documentary movie featuring Muhammad Ali. In one unforgettable moment, the camera capture’s the champion’s face just before he is about to go to war with George Foreman. The look is unmistakable. It is pure terror. Foreman is bigger, presumably stronger and possibly could knock Ali into the next week Ali overcomes that fear, sticks to his plan and records a memorable and historic victory. He embraced the fear and let it drive him forward. He wouldn’t let it paralyse him, he used it to motivate him.

I often think about what it would have been like to land on the beaches at Gallipoli and face near certain death or worse. I cannot imagine the courage that that took. Now, when confronted with challenging moments, I reflect upon the relative comfort of my position. What am I really afraid of?

Loss of face or reputation?

Or my old heavyweight champion, being vulnerable?

Not only should I be big enough to work through each of these situations, but I should also be able to talk about my fears in a coherent and rational fashion. Talking is good. I do not do enough of it. I never have, but I’m working on it.

Fear is to be embraced, savoured and tested. It can’t be hidden. In the end, it must be stared down and exposed to the truth. Whatever its shape, it looks a lot smaller and less threatening in the light.