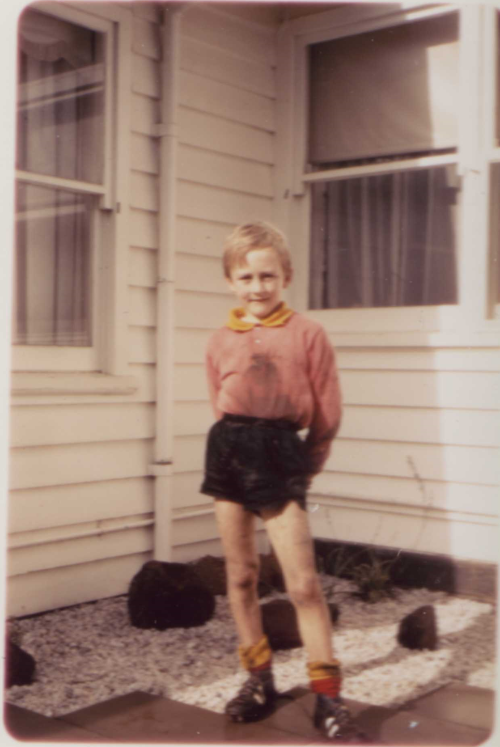 I’ve been coming home to football for a while now. It’s been a long journey and there’s been more than a few stumbles along the way. I am almost there. Every step closer hurts, but hurts so good as the song used to say.

I haven’t broken into a run yet, but its only a matter of time.

There are a couple of ovals two drop punts away from where I live. Inevitably, my daily walk takes me onto those ovals. It really feels like coming home.

I always walk across them and pause at the spots where I’d start on the wing, or in at the first bounce depending on the age level. Then I’ll wander down to one of the pockets and stand there, remembering moments of triumph and failure long past.

Making a blind turn close to the boundary in a final and getting the team manager so excited that he screamed “blind turn” in appreciation, startling me and causing me to mistime my kick so badly that the ball falls to the ground and the moment is lost……

Roving packs and hitting the ball at full speed.

Standing in the path of a rampaging Bob “Blockhead” Lancaster who is a full foot taller, considerably heavier and a whole lot nastier. I don’t win the ball, it richochets off both of us and goes God knows where. Bob makes me pay and it hurts.

Another blind turn deep in the pocket and getting a handball off to Paul Zeromski alone in the goalsquare…..

Running into an open goal, losing my bearings and missing from five metres out.

Leading up for a mark, juggling it a little awkwardly and falling to the ground. The ball suddenly feels funny – like it has a bump in it. I take the kick and look down at my hand and my thumb isn’t where it should be. Most of it seems to be in the middle of my palm….

Danny Connoley dragging someone off me after I’d taken a cheap shot in typical cheeky rover fashion a minute earlier.

Seeing the game unfold in my mind calling for the ball, receiving the perfect tap, turning, kicking off a step and hitting John Canny on the chest.

Getting my foot stuck in the mud at Burdoo drive and scrubbing a kick no more than 10 metres.

Missed kicks, dropped marks, nice passes. I remember these things in minute detail. If I close my eyes, I can almost feel myself back in my young boy’s/teenager’s body, raring to go.

Then there were pie nights where some kid would eat six magnificent Beauy’s pies, drink a couple of bottles of Noddy’s soft drink and spew up. Wednesday night training at Roslyn St Primary where characters like Ross Creighton and Michael Wood would hide in the shadows at the far goals while we did circle work.

It was all part of belonging

Football was the way I defined myself. It was my thing. I’d loved the game since the moment my father brought home a Sherrin when I was barely five years old. All my heroes were footballers. My dad barracked for Collingwood, so I did too. Never mind that we lived in Geelong. No matter that Geelong Full Back John Scarlett lived just down the street. I was a Colingwood man. I listened to every game and watched every replay. There was something magical but simultaneously simple about it.

Team work was everything. There was nowhere to hide. You won or you lost. It was a simple matter of running straight at the footy, winning it and getting to to your teammates. When the game was on, there was nothing else.

I understand what white line fever is. You step across the line and you let it all hang out. The person that the world sees for the rest of the week is left behind and you lose yourself in what isn’t quite the fog of war but something similar. It’s one in all in and never take a backward step. That’s what I’ve missed more than anything. That sense of belonging.

No other sport, club, hobby or occupation has given me those feelings of total acceptance and belonging. It’s more than a game – it’s a right of passage. Respect is earned, not necessarily by your ability, but by your preparedness to stick your head over the ball and put your body on the line. There is no sugar coating these things – you either do or you don’t.

I loved every minute.

So why do I need to come home at all?

If I love the game so much, I should be embedded in it. But I’m not. I withdrew from it of my own volition.

I allowed things that I saw and heard to sour my love for the game. Entering change rooms made me feel ill. I chose not to play anymore without fully understanding how completely the game defined me.

It defined me because it was my outlet as a child. It was my time, my two hours per week. Nothing came between me and playing it. I bought totally into team and did everything I could to earn the respect of my teammates.

I let all that go, because one sick depraved arsehole not only destroyed my trust in authority but ripped my love of the game away from me. I fought for a while but then let it go. I wasn’t good enough anyway or so I thought.

But, in my heart of hearts I know that I was good enough – good enough to play somewhere with somebody well into my thirties.

Dreams to dust, from belonging to outcast

Turning my back on football left a huge chasm is my life. I didn’t realise how angry or lost I was until years later. For several years I just paid it no attention, then when I became mates with a couple of guys who played footy I pretended that I wasn’t that interested.

Some self defence mechanism was at play, not wanting me to acknowledge the hurt, the loss or the anger.

Around this time I went to a few Collingwood games at Vic Park and Waverley. My barracking was angry and rarely appreciative. There were a few favourite whipping boys. I must not have been much fun to go with.

Then Collingwood nearly went broke and the last flickering flames seemed to extinguish. If the people who were meant to look after the club couldn’t do it, no one could be trusted. The game and the club that I’d loved as a child had been tarnished.

Somehow Collingwood survived and bounced back remarkably quickly. I still barracked for them but I did so with a tired, cynical eye.

Local footy didn’t grab me. There were too many memories and ghosts. I didn’t want to open that can of worms. I chose not to be involved at any level.

Facing up to the past

Everything fell apart. It always does when you try and run from it.

When I started to put the pieces back together, I found an urgent need to address my teenage years in particular and what I had allowed to be taken away from me. There was a lot of anger and some hard days.

I started making the five hour round trip to the MCG to see the odd game of footy. I watched fairly dispassionately, but with a keen interest. Then after four or five games, I saw Jamie Elliott kick a goal around his body from just inside fifty. He did it like he was shelling peas – pure magic. Something moved inside me.

The game started to regain its colour. I’ve been coming home ever since.

I can’t get back the time I’ve lost. That’s gone, there is no point crying over spilt milk. My anger has long gone. I want to belong again.

Shortly before this pandemic madness hit, I was serioulsy considering enrolling in the local Super Rules side. I was gently reminded that I wasn’t that fit and probably a little too old…but I wasn’t deterred. I’m still waiting to see about the possibiilty of playing next year. I figure if it kills me, I’d die happy anyway.

But I can’t wait.

I’m trying to organise a reunion of a premiership side that I played in fifty years ago. Why bother? We were just kids. Why not? We won against the odds and we should celebrate it.

That isn’t enough. I want to coach kids. I did it with hockey, I can do it with footy. Its’ time for me to belong and to give. The coaching accreditation courses have caught my eye. Not only can I do this, I want to. If I can help one kid to get the same level of enjoyment out of the game that I got, that would be something special.