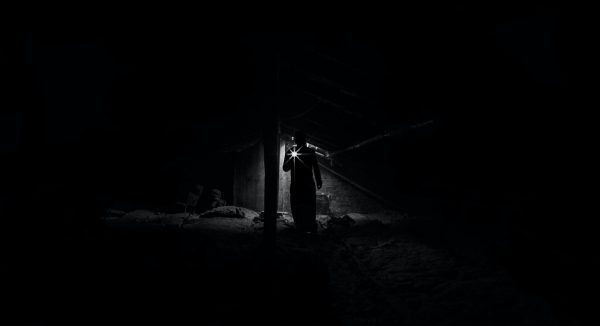 When I fled Geelong in 1986, I was fleeing myself more than anything. In essence I was broken. An emotionally crippled, spiritually dead, morally bankrupt shell of a man in a prison of my own making, haunted and tormented by demons and ghosts that should have been stared down long ago.

I did not know that then. I just felt an overwhelming urge to run, combined with an excruciating self loathing that constantly reminded me of my inadequacies and failures. If I could start again, I figured, then maybe I could get my head together.

It was a Hail Mary move made in haste and almost doomed to certain failure. On one level I knew that. I was opting to become the drifter immortalised in the ballad Soldier of Fortune. I had very little hope, believed in nothing and barely tolerated my professional life.

By some miracle, failure didn’t happen.

Maybe it was the breathing space I gained. Perhaps the change of environment helped me to find purpose. I have no idea really, but I do know that over that winter and spring I gradually allowed some of the barriers that I’d built around me to fall. I smiled more and actually started to enjoy my time in the quiet country town that I found myself in. The ghosts of my past were no longer vivid and their visitations became less frequent.

By the time I met the lady who would later become my wife, I was ready to let somebody in. The ghosts became a distant memory over the ensuing years, the issues that they raised lay forgotten and unaddressed.

It seemed that the Hail Mary move had worked after all.

They bide their time and wait. All that waiting makes them hungry. When their time finally arrived their appetite was voracious. They assaulted me with a phalanx of what if’s, remember whens and if onlys. Guilt and shame became my constant companions.

I buckled. They nearly finished me.

It wasn’t an easy time. If I’m honest I’d have to say that I’ve never completely recovered in the sense that I can never again be the person that I was before my demons reared their heads. That isn’t necessarily a bad thing but the fight isn’t over. Not by a long shot. I doubt if it ever really is for any of us.

Writing helps to exorcise my demons

Lockdown has been harder than I expected. I have too much time not to poke and prod at buried memories. I have let them in and stared them down. There are some things I can never resolve. I know that.

But I won’t let those memories drag me down. They’re not exactly welcome but they’re visible and somewhat neutralised. Its far better that way than to bury and suppress them in the way I tried to do for thirty years.

My talisman and shield is my writing. When memories start to overwhelm me, I sit down and write. Most of it will never be published. They are too personal and too naked for me to share. But writing soothes me – the act of transferring the poison and pus from my mind on to the computer screen and paper is almost magical. It feels like an act of exorcism. Exposing these memories to light is the best disinfectant. Without writing, I fear that I would become overwhelmed. I have no fear of that and I am grateful for the ability to write coherently.