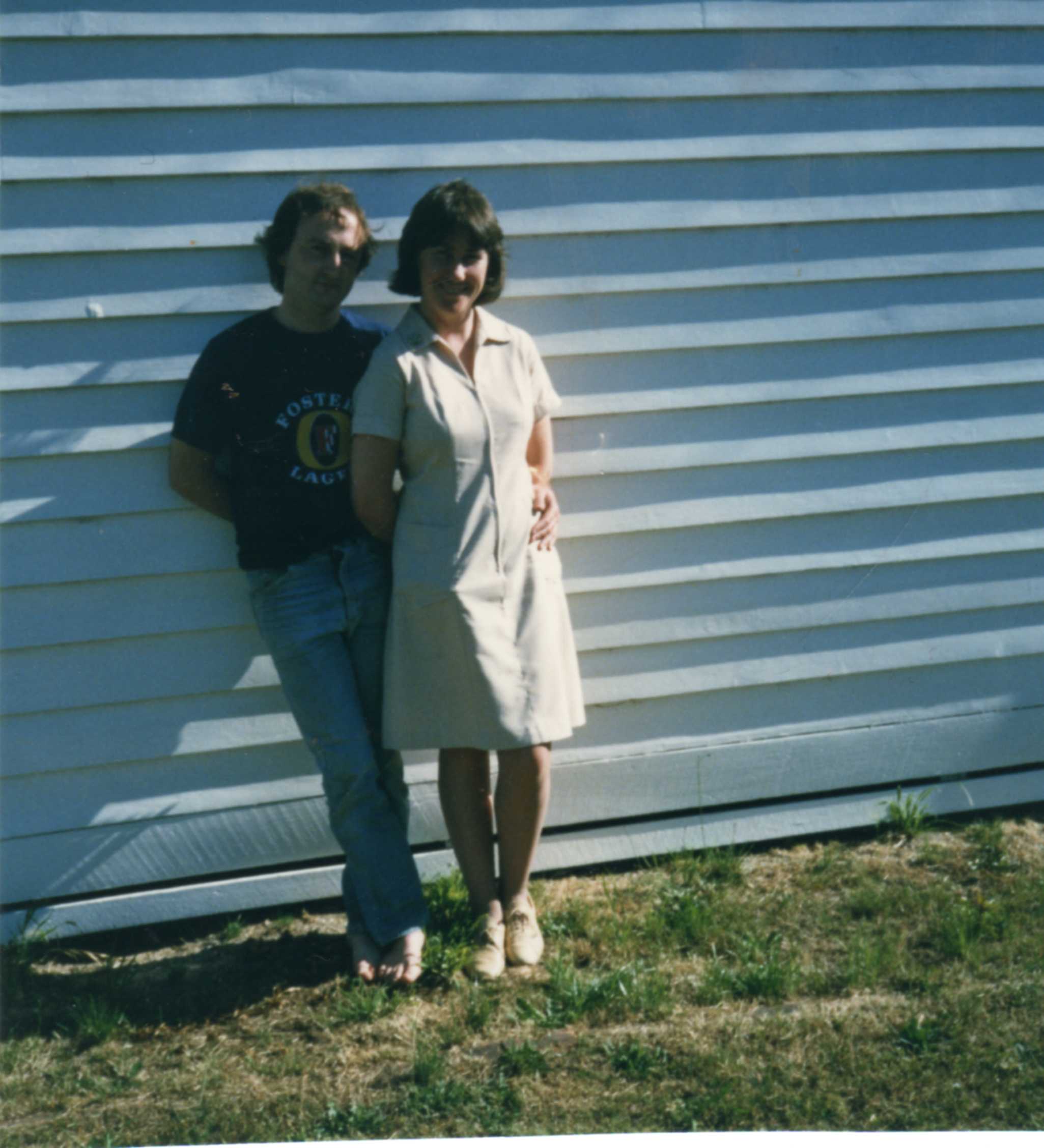 Sometimes potential life partners pass each other by with never a backward glance. Time and circumstances don’t create the necessary spark. Other times, the stars align and everything falls into place.

If I’d met Brigid three months earlier we may have simply passed each other by as I was still very much in emotional lockdown mode. If I met her any later, I may well have already checked out of Ararat and been committed to moving on to my next disaster.

But I met her when the stars were truly aligned. It wasn’t instant, but within days of meeting her, I had this feeling of knowing her and being able to trust her enough to let down those walls.

There was a kind of magic in that – divine providence perhaps.

I wasn’t looking to stay in Ararat and the last thing I was looking to do was to commence a serious relationship.  Yet within a couple of weeks we were basically inseparable and within months I’d proposed to her, giving true meaning to the words “whirlwind romance.”

It certainly surprised my core group of friends who were used to my cynical views on love and shallow relationship record. What was it about this girl that had me proposing marriage so suddenly? Had I lost my mind?

I’ll tell you what it was. It was a package of

A sense of joy

A preparedness to help others

And most importantly, unequivocal love.

It was pretty overpowering for someone who had just about mastered the art of not getting too close to anyone. The most amazing thing of all was that she was just as much in love with me as I was with her. I still don’t know exactly what it was she saw in me , but I’m glad she did.

Here was someone who I dared to trust. Once the walls came tumbling down, there was no going back. We weren’t entirely stupid about things. We set a long engagement period – just to be sure that we were indeed right for each other.

Shortly after our engagement,reality hit in a big way.  I became very ill. Initially diagnosed to have pulled a stomach muscle, I was later found to have a combination of glandular fever and hepatitis. Consumed by fever, I lost several stone in old money virtually overnight. Brigid’s days were spent changing sweat soaked beds and ensuring that I had enough water to keep me from delirium. It was an early test for our relationship, that she passed with flying colours. My contribution was virtually zero in those months. Without her I would have been in hospital and I was pretty well useless.

Nevertheless, we got through that – thanks to her love and married in 1988.

It was the best thing I ever did.

For the past thirty two years Brigid has been alternately and at times simultaneously my rock, my joy, my best friend, my conscience, my strongest defender and my lover. In short she has been my salvation.

Without Brigid I would be lost, forever wandering in the wastelands of doubt, insecurity and cold indifference. It was Brigid who gave me the confidence to want to settle down and lead a normal life.It was Brigid who encouraged me to get involved in community activities and showed me how to gain great satisfaction from helping others.  She was the one who found me and brought those well hidden parts of me out into the light. It was her who at times stood back and allowed me to build strong relationships with my kids. She was the one who supported my career as I rose through the banking ranks seemingly defying gravity and logic.

Most of all though, it was her who gave me the structure, commonsense and practical know how to raise and enjoy my three daughters. I literally had no idea.

I’ve tried to give as much back as she has given me. But at times, I’ve allowed those walls that imprisoned me before I knew her to solidify and put up barriers that should not be there.  On one occasion I allowed those barriers to solidify to such an extent that I lost sight of how much I needed Brigid and how important I was to her. I thought she would be better off without me. Most women would have let me go, but not Brigid. She stuck by me when I was an absolute jerk.

She got us through that and probably saved my life.

At times I still retreat and hide. I’m getting better I think, but old habits die hard. It’s an ongoing battle that I would lose without her. She gives me reason to keep trying. My failures to communicate  frustrate and infuriate me and I know at times my self imposed retreats into isolation and silence have hurt her. I’m very sorry for that. She doesn’t deserve it. But I am who I am and despite that she loves me.

It’s a miracle that I don’t deserve, but one that I am eternally grateful for. I love her as much as I ever did.I don’t say it anywhere near enough to someone who has been my salvation.