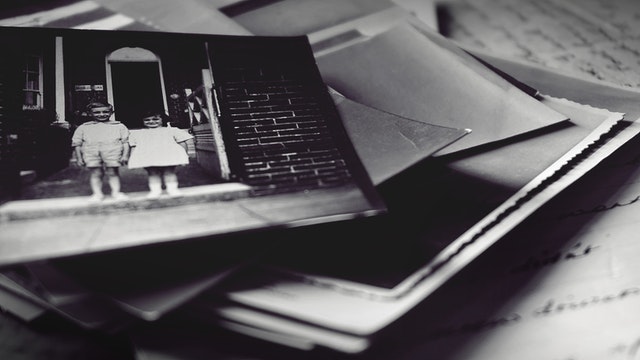 Recently I came across a great meme about owning the past. It read something like -:

How gloriously simple and ridiculously profound.

For many years, I allowed my past to define me. It intruded upon my present and future in ways that I was barely aware of. It taunted me with my perceived failures and inadequacies and gave still birth to my dreams. I let that happen. Indeed, there were times when I almost delighted in feeding the beast.

Owning the past terrified me. There were rocks that I did not want to lift and locked drawers that I dared not open. I pretended that I was OK and used a variety of devices to keep the nagging doubts at bay. Put simply, I chose to be in denial. In doing so, I chose to be owned by the past.

There is always a choice. Choosing the right option is not always easy. Sometimes, it seems too painful and so, in my case, at least, I hid from it.

The denial ate away at me. It didn’t take big chunks. It gnawed and chewed systematically,feasting on the juiciest bits of my guilt and shame while it slowly paralyzed me. The longer that I tried to ignore this tireless persistent scourge, the more difficult it became to address it.

Things got so bad, that I tried to run away from it. Anything but owning it.

For a while, the move worked, but the rot was eating away at my soul.

I’ve never been a talker

Not that I can remember, anyway. It’s a chicken and egg thing really. Did I clam up because I was in denial? Or was my denial a result of my natural reticence? The point is moot. I made a choice to bury and deny rather than to own the damage and the mistakes that I made. There were plenty of mistakes. We all make them. It’s part of being human. Acknowledging them and owning them is the key to growth and potential states of contentment, wisdom and maybe even grace.

Denying the past is a slippery slope. My default position has to clam up and say nothing. It is only a short step from there to not acknowledging the past. Owning it and talking about it is the way forward.

My pathway to owning the past.

While I’m still not a great talker, I can and do write openly and at times quite nakedly. Writing has been my gateway to owning my past. It has been a voyage of discovery, at times confronting and challenging but always enlightening. I haven’t lifted all the rocks yet, but I’ve made a good start.

The process has been cleansing and little by little it has allowed me to take ownership. Every time I do that, I feel a little freer and a little more understanding of who I am and why. I am no longer in denial. Nor am I running from ever lengthening shadows of fear.

Much of the early part of that journey is detailed in my book, Postcards From Hell I am no longer owned by the past. It feels good. A little late maybe, but good all the same.

One thought on “Owning the past is better than being owned by it.”