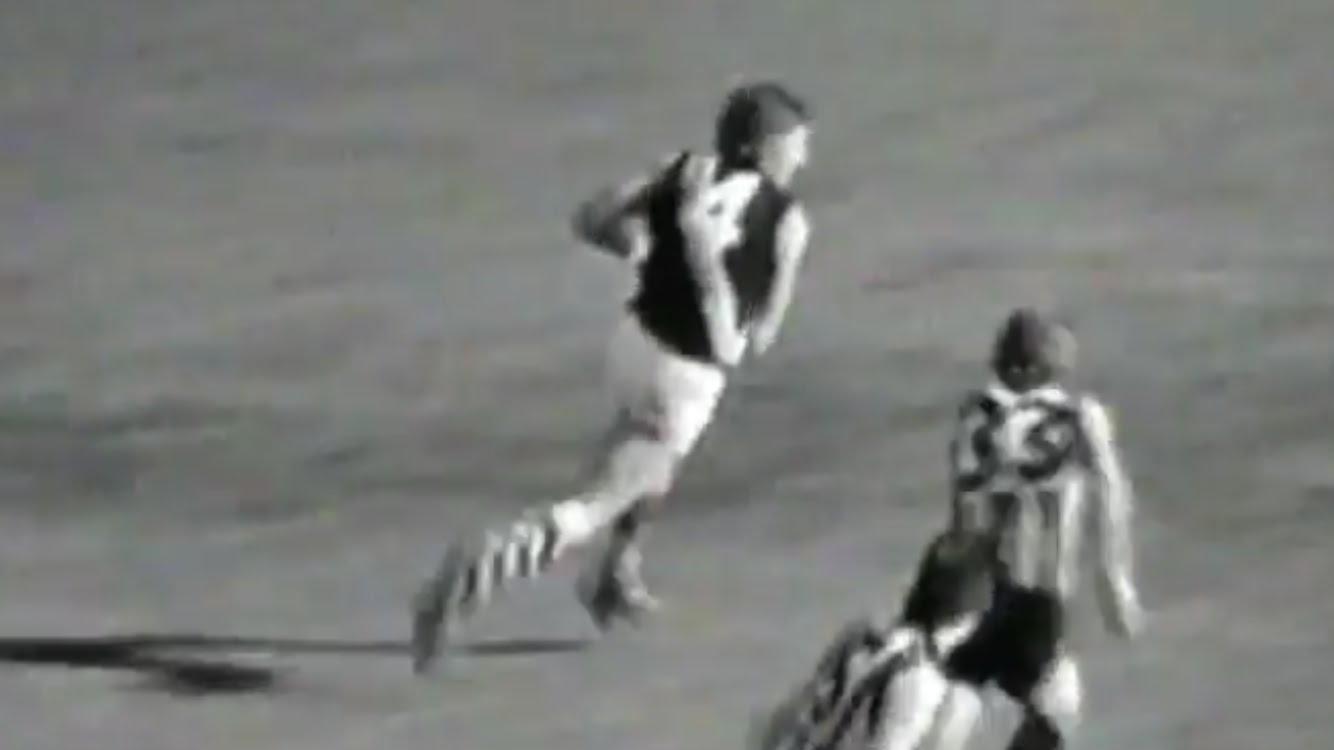 Collingwood get to play Richmond in a Preliminary Final.

It’s been a while.

I was ten.  It was the day I learned to hate Richmond.  They were the first team I truly learned to hate.  Hatred for Carlton would come soon enough but their miraculous comeback in 1970 was to my young boy’s mind an anomaly.

I grew up barracking for Collingwood and lived in Geelong.  I didn’t get to see many games and had to rely on the radio and TV replays.  By some incredible miracle, my father obtained two tickets to see the game.

The Magpies had finished top of the ladder.  They had a team of champions headed by Thompson, Price, the Richardson brothers and McKenna (left out due to influenza).  The Tigers had finished third and had some great players as well – particularly Royce Hart who was injured but named on the bench – but the Pies had accounted for them comfortably twice in the year and even without McKenna started warm favourites.

Collingwood started brilliantly.  Big Len started at Centre Half Forward and took the game apart. Max Richardson snapped a ripper right in front of me and I was in heaven. The goals flowed rapidly and it looked a question of how far.  The Tigers seemed to have no answer.

Just before halftime the first of three things happened that would significantly change the course of the game.  Graeme “Jerka” Jenkin sustained an injury that necessitated Big Len moving into the Ruck.  While Thompson was a force to be reckoned with as a Ruckman, he left a giant void at Centre Half Forward – something that the Tigers were able to capitalise on in the second half.

Around the same time Neil Balme marked strongly in the goal square and cut the difference to an eerily familiar seven goals – close enough to the infamous 1970 halftime margin.   Not only did this give the Tigers the faintest sniff of a comeback, I believe that the margin was enough to play with some Magpie heads that had never recovered from the horrors of 1970.

The third factor that changed the course of the match was Hart coming off the bench at halftime.  For a man on one leg, he was brilliant – flying in spectacular fashion to take game-changing marks and kick telling clutch goals.

By three-quarter time, the game was poised on a knife edge and even at the tender age of ten, I could sense the fear from Magpie supporters around me.  Surely, it couldn’t happen again.

The last quarter was a cracker.  I think Richmond took the lead early, then Collingwood steadied and looked to have the game in hand.  I remember Wayne Richardson and a very young Rene Kink both missing very gettable shots in the last ten minutes – shots that would have stretched the lead beyond two goals.

But Richmond came again and drew level.  Then with less than a minute to play, Kevin Bartlett roved a pack and snapped truly.  Half the crowd around me erupted with joy the other half withered.

I sat disbelieving watching that scrawny runt of a man charge back to the middle punching the air with jubilant delight.  With each punch of the air, the realisation that defeat was imminent grew.  The Tiger fans around us were merciless.

We drove home in silence until I said to Dad that McKenna would have made the difference.  But in my heart of hearts, I knew that he wouldn’t have.

When I eventually went to bed that night and tried to sleep – that image of Bartlett punching the air came to me.  It’s never really gone away.

It wasn’t Neil Balme that made me hate them.  Nor was it the brilliant Royce Hart.  It was Bartlett punching the air while the Richmond supporters went nuts around us.  I’ve never forgotten.

What goes around comes around.  We were never going to get them in 1980.  We just weren’t good enough.

This week Richmond are raging hot favourites –as they should be.  They have champions on every line.  Collingwood are a team comprised of a few champions, a bunch of kids and a couple of journeymen.  They have a chemistry and sense of belief that those great Collingwood sides of the seventies never really had.

Maybe…just maybe they can pull off an unlikely upset.  There’s a ten-year-old boy dwelling deep inside me that is crying out for it to be so.

After all, revenge is a dish best served cold and forty-five years seems long enough.