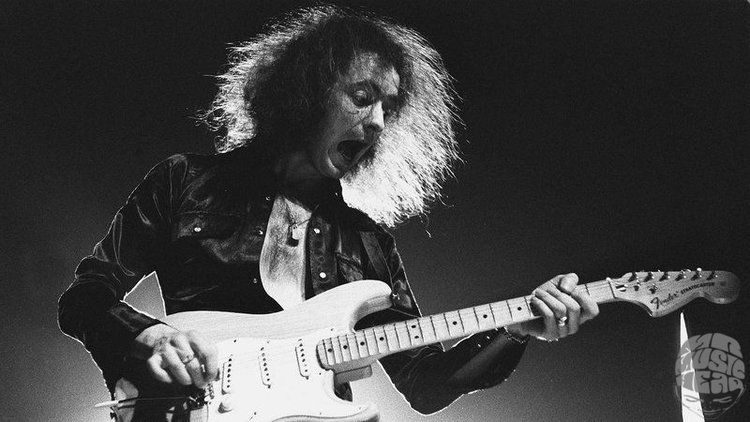 It doesn’t feel right writing that. Heroes are larger than life. They’re not meant to grow old. Blackmore has always been my hero. Well at least from the age of about fourteen or so.

It’s not just because Blackmore to my mind is the preeminent guitar player of his generation – the bridge between Hendrix and Van Halen that Page/Clapton fan boys never acknowledge. It’s the aura of the man.

When I heard Rainbow Rising for the very first time I just remember thinking, I can never play like that. It simultaneously inspired and intimidated me and I had to learn everything I could about Blackmore and his bands.

I devoured everything I could get my hands on. It soon emerged that Ritchie wasn’t your usual empty headed rock star who thought every one was entitled to his opinion. Quite the contrary, Ritchie preferred not to play the game. He scared journalists. Musicians were sacked as often as he put records out. He called a spade a bloody shovel and if he offended anyone, he just didn’t seem to care.

On one infamous occasion, while on stage Blackmore spied what he believed to be a bouncer molesting a girl at the front of the stage. He lashed out with his foot and connected with the “bouncers” jaw and according to reports broke it.

Blackmore spent the night and most of the next day in jail. He arrived at the next gig still in the clothes he wore the night before and his playing that night was full of fire and fury. The fact that he had some serious legal problems left him totally unfazed.

I loved that attitude. It was something I could instantly recognise and identify with.

That dark brooding malevolent presence is just a mask. I know that. I’ve worn something similar at various times. It keeps people at bay and Ritchie was a master of keeping people at bay and he played for keeps. His ongoing battles with Deep Purple vocalist Ian Gillan are the stuff of legend.

You were either on the same page as Ritchie or you weren’t.

There was no room for compromise or beg pardons. Gillan wasn’t the only one who felt Blackmore’s wrath. Despite what seemed to be a match made in heaven, legendary vocalist Ronnie Dio was given the Don’t Come Monday. Bass players came and went, as did keyboardists and drummers.

Ritchie Blackmore was searching for something he couldn’t find. I knew that feeling too. I identified with Ritchie maybe a little too much. Sometimes I modeled my behaviour on his image. That wasn’t helpful.

In dark times I turned to Ritchie’s guitar

My late teens and early twenties were not glory years for me. Self doubt, guilt, shame and anger were ever present. There were days when living seemed too hard.

Music was my refuge. When things got rough, I turned the volume up and lost myself in Ritchie’s guitar work. It didn’t matter if it was Purple or one of the numerous incarnations of Rainbow, I could rely upon his playing for honesty, integrity and at times dazzling brilliance. To say it helped me would be an understatement.

When Deep Purple reformed and released Perfect Strangers, I was beside myself with excitement. I saw the band perform twice in three days at Melbourne’s Rod Laver Arena and they are memories I hold dear. The interplay between Ritchie and keyboardist Jon Lord was worth crawling over broken glass for. Blackmore was his legendary contrary intimidating self, commanding his side of the stage and launching blistering solos like you or I would pour a cup of tea.

I was in heaven.

After Perfect Strangers, Deep Purple and Ritchie seemed to lose their way for a while. Old wounds reopened. The music got a little safe. Ritchie seemed bored and discontented.

I was moving on and getting my act together. Blackmore wasn’t the center of my universe anymore.

When Ritchie left Deep Purple for what appeared to be the final time, I hardly noticed. Nor did I hear the rejigged Rainbow lineup offering the Stranger In Us All.

Music took a back seat while I raised my family.

One day, quite by chance, I heard Ritchie’s new band, Blackmore’s Night, and my ears pricked up. The screaming Stratocaster was gone for the most part and had been replaced by acoustic instruments. True to form Ritchie, had reinvented himself with a new band and a new direction. Call it what you will, Renaissance music, folk music, medieval music,whatever. It works and remarkably, after all this time he seems to be happy with both his music and his life.

All power to you Ritchie. I’d listen to you play a collection of rubber bands on a jam tin. You would make it work somehow. I’m still alive and listening.

Thank you for the many hours of magic you’ve given me. Have a good one.

The music of Deep Purple and Rainbow has been a major part of my life, without it I may not be here. My story is recorded in the book Postcards From Hell which is available here