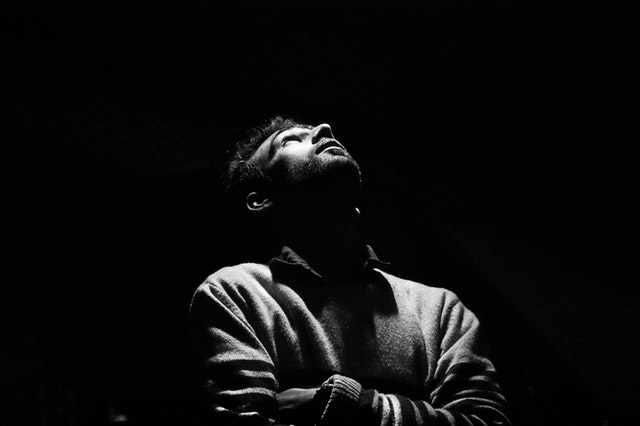 When you embrace darkness it takes you in, welcomes you and then when you’re comfortable,starts to bite.

I’m on more than nodding terms with darkness. I have felt its cold touch and bear the wounds of its jaws. Despite this I know its attractions and understand how easily one can be drawn into the abyss.

Much of my early adulthood was spent beneath a thick blanket of apathy, fear and hopelessness. That was my choice – it was how I chose to cope. Failure was always on the agenda because failure was cultivated.

I say this because I know that in embracing darkness, I chose to turn the light off inside me. I saw no good, because I looked for none. There was no fear of being accused of “loving myself” because I was doing the opposite.

It is easy to say that that’s no way to run a railroad but unless you’ve been there you can’t judge someone who made those choices.

In the clear light of day I know that I repeatedly made wrong choices, but in the cold darkness of despair it is hard to see any choice let alone an exit strategy. I understand what happens when people feel like they’ve run out of road. In those cases, the darkness wins. It’s not because someone’s weak, its because every time that you step into darkness, you close off options. Take enough steps and there aren’t a whole lot of choices.

I just got lucky

I’d almost run out of options when I decided to leave my home town. The decision was easy enough, there were very few alternatives that I could see. It wasn’t necessarily a masterstroke, I just got lucky. I suspect that if the dice I threw had landed on any other location, the outcome may have been entirely different.

In one act of desperation I stumbled towards light. It was chance, pure chance.

The descent into darkness is not necessarily quick. It’s a gradual process, that shuts down joy, creativity, passion and engagement. Little bits of who you are are discarded and replaced by an emotionless void, that provides the cold comfort of apathy. No-one goes there willingly, rather they are led down that road by poor choices and maybe fear.

In running from my past, I managed to bury much of the darkness, but I never let it go, because I didn’t stare it down.

In burying my past I didn’t deal with it. I allowed it to fester beneath the surface. That worked in good times, but good times have a habit of not lasting forever.

When things got a little rough, the darkness that had lain buried within me reemerged. The result was not pretty. A series of poor choices ensued and with every poor choice, the darkness grew a little thicker and blacker. Demons that should have been faced down decades ago started to dance across my waking consciousness.

In among the turmoil and confusion, I began to write about things that I had dare not speak of. Much of it got deleted. It was stream of consciousness stuff that made little sense. Occasionally, I managed to connect enough dots to be coherent. I began to shine light in the dark recesses of my mind and with that light came understanding and forgiveness of myself.

There were days when I tripped up and took several steps backward, but the progress overall was forward. This time darkness was not to be buried. It was to be discarded. To do that I needed to understand what happened and why.

Some harsh truths needed to be faced and owned. Only when you begin to know yourself, can you reasonably expect to let go of the darkness.

It’s been a journey. Things that never made sense to me, now seem explainable and almost justifiable.

There are layers of darkness and as I peel back one layer I discover another, not necessarily as dark nor as forbidding, but a layer to be examined and discarded in time, all the same. I’m getting there and as I do, I’m becoming more open, more loving and more human.

Darkness is a false refuge. It takes no prisoners. Letting it go is not easy, but it’s incredibly rewarding.