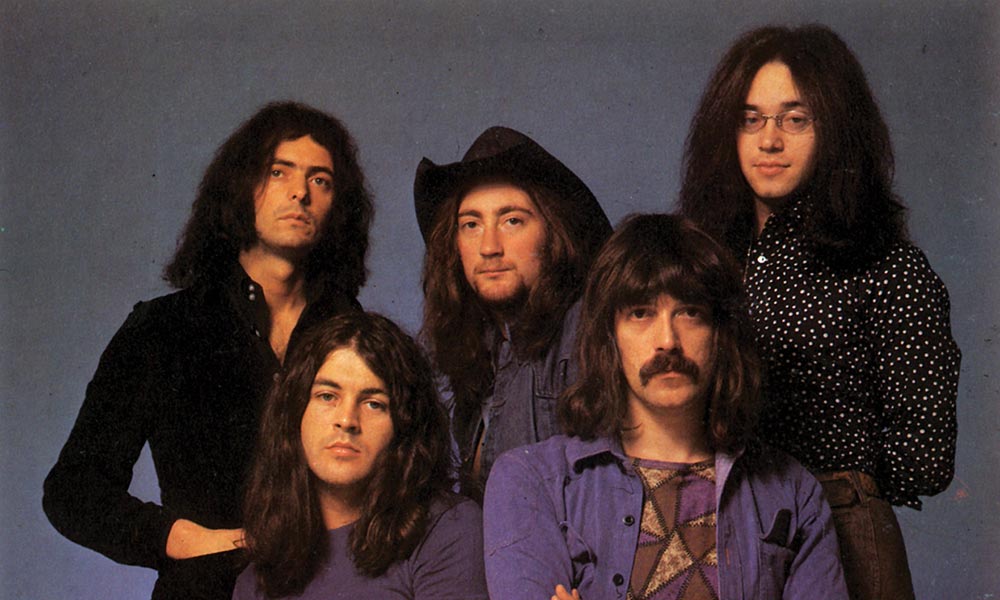 I’ve just about completed my book tentatively titled Postcards from Hell, Snapshots From a Purple Mind. It’s no epic and is probably self indulgent but its been cathartic for me. Its a series of snapshots of various parts of my life with references to various Deep Purple songs that seemed to relate to those circumstances. Purple’s most known songs don’t get a gig and some of the songs are obscure to say the least. But they all meant something to me. Curiously, some really important songs didn’t make the final cut – simply because there was another song that said it better or that they summed up an ongoing sense of disquiet rather than a particular moment.

That said, I have little doubt that when I was a young man in particular, without the music of Deep Purple and their extended family, I would have struggled to find a reason to keep going. That sounds dramatic, but they were the only thing that went close to putting a smile on my face. I wore some of the songs like badges. Ian Gillan’s lyrics specifically just hit home, although David Coverdale certainly had his moments of brilliance as well.

So here’s a short list of the songs from the Deep Purple family that kept me alive in no particular order.

A deep cut from the “reformation album” Perfect Strangers, Wasted Sunsets is a beautiful piece of heavy blues featuring some outstanding slide work from Ritchie Blackmore and some wonderful despairing lyrics from Gillan. 1984 and early 1985 were particualrly dark times for me. Wasted Sunsets seemed to sum up where my life was headed. It wasn’t a happy song by any means but it just seemed to get me. I certainly was having way more than one too many at the time.

Around 1980, Whitesnake had three members of Deep Purple playing for them – David Coverdale, Jon Lord and Ian Paice. This track was the opening track for side two of the excellent album Ready and Willing. Some wonderful acoustic guitar allows Coverdale to sing some beautiful sorrowful lyrics. I was already in a fair amount of trouble emotionally and this song in a strange way gave me a sense of hope.

I bought the Stormbringer album way back in 1978 and besides the title track, I was largely disappointed with the album initially. As I grew older, the song Soldier of Fortune really started to bite. It is a tale of loss, longing and near hopelessness written in a mournful minor key that is swept away with one last bright G major chord. Until I left Geelong, I pretty much thought that this song was the closest metaphor for my life.

While most of these songs are blues/ballads, On the Rocks is a barnstorming hard rock piece that seemed to be an outlet for the underlying anger witin me.

The lyrics just spoke to that anger. I knew the feeling.

Gillan’s band went through a lot of lineup changes and transformations. The album previous to this almost had a punk edge to it. The album Glory Road was Gillan’s best work before he returned to Deep Purple in 1984 and this song, for me was as good as he ever did as a solo artist

From the classic In Rock album, Child In Time is a showase of everything Purple were at the peak of their powers.

The lyrics themselves can be construed on many levels – being a response to the Cold War, they also speak to me about the loss of innocence and the choices that we make between good and bad. There were many times indeed, when I closed my eyes, bowed my head and waited for the ricochet. Fiftty years on this is still a remarkably powerful and moving piece.

This classic blues ballad was originally released on David Coverdale’s first solo album. The version below was included on the ready and Willing album. I’ve always seen Coverdale at his best when he is singing the blues.

The confusion and pain that seeped out of this song fit me like a glove in the early eighties and I played the hell out of it.

Graham Bonnet was a strange choice for Ronnie Dio’s replacement, but by God the man could sing. This straight up blues piece from the album Down to Earth was where I was for most of the early eighties and was one song that I embraced wholeheartedly.

When a Blindman Cries Deep Purple 1972

Remarkably, this stunning piece of blues didn’t make the final cut on the Machine Head album. Blackmore didn’t like it apparently, which is a pity because the guitar solo is pure perfection.

A poignant sorrowful lament, the song perhaps points to the futility of self pity – something I perhaps didn’t quite pick up on at the time and there’s indeed no sadder tale than the man who can’t see what is in front of him

This deep cut off the album Long Live Rock & Roll never effected me much until around 1981. Then, all of a sudden became way too close to the bone.

I reckon it was written in about fifteen minutes. It’s not a great song by any means, but its fair to say that I spent a lot of time listening to it. I was sensitive to light and I ran from it. I kept running until I left town.

Of course, Deep Purple were much more than what these songs represent. I spent hours with my guitar listening to albums and figuring out riffs, fills,and and solos. That was the real magic of Deep Purple – they gave me something to cling to and enjoy. Whatever the lineup, or offshoot I could rely upon them to give me music that I could enjoy and appreciate for the level of musicianship on display.

I still listen today and await their new album with a sense of anticipation.

If you’re interested in a copy of the book Postcards From Hell, details are available here