Why Cloudbusting by Kate Bush Made Me Cry 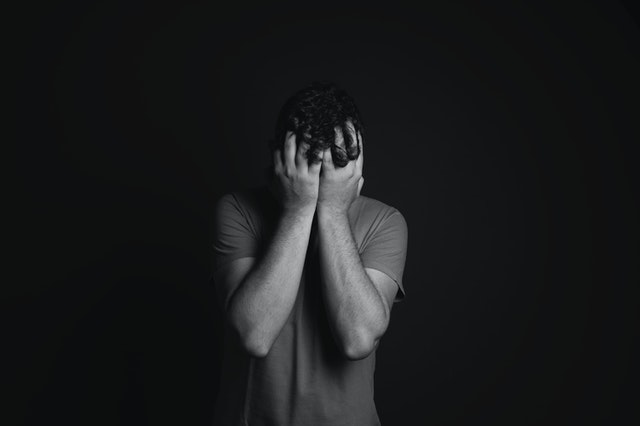 Well this is awkward.   Real men don’t cry especially over 80’s music videos. I have to confess to being well, wooden would be generous, when it comes to my emotions.

But, I did cry real tears when I first saw it and I didn’t know why.

I watched it again today and I cried again, but for different reasons, I think.
I’m guessing it was 1985, maybe 1986, so I was still in the middle of what I call my wasted years.  It would have been a Saturday or Sunday morning in the wee hours.  I was sitting in one of three lounge rooms that I seemingly always ended up in on those hours at those times.  I was drunk and alone (unless you count the two or three people who were scattered sleeping around the room.)  Rage, a music video program was playing on the ABC – it still does today and I was watching it through a beer fog.

It grabbed me by the throat and wouldn’t let go.

Six minutes of heart wrenching emotive story telling at it’s finest and by the time it had finished I had tears running down my cheeks and was sniffling like a baby.

To say I was confused by this was an understatement.  It was just a music video after all.   I bought the album the next day.

I didn’t think that it changed my life.  It wasn’t the pivotal moment in a long journey to redemption and normality, but it touched me deeply.

Now,with the benefit of thirty years “wisdom” I think I know why Cloudbusting had such a massive effect.

Today I watced Cloudbusting and I got teary again.

This time I could watch it from the father’s viewpoint.  I could see the special relationship between father and daughter and the unconditional trust that the daughter puts in the father.   Stories after all are all about love, redemption, courage and sacrifice.  It’s all there in the video.

I have three daughters, I love them deeply and I’m terribly proud of them all.  I hope they know that.  There’s something confronting and deeply profound about the way the father/daughter relationship is portrayed in Cloudbusting that reflects my relationship with them.

It’s about good memories. “Every time it rains, you’re here in my head, like the sun coming out.”  I tear up when I write that.

It’s about inevitable loss.  “I wake up crying.  You’re making rain and you’re just in reach, when you and sleep escape me.”

So that brings me full circle back to 1985/86 to me with tears running down my cheek, hoping that my companions don’t wake to see me like this.

I know how my daughters make me feel.  I hope that they will always have good memories of me long after I’m gone, in many ways my daughters have been my salvation.

Back in those mid eighty years I was a mess.  Emotionally, spiritually and it has to be said physically. I loved nothing, drank ridiculous amounts, made a habit of being the most objectionable person in the room and showed no emotions other than contempt or disgust.  I was a pathetic parody of rebellion with loads of talent being pissed up against a wall every other night.

It is easy for me now to see that I was angry and I’ll be exploring that anger in coming blog posts but Kate Bush and Cloudbusting cut through all those layers of crap and opened my heart.

She made me look at my own relationship with my own father and realize what a huge disappointment I must have been to him.

My VCE year was a spectacular calamity. After doing something particularly stupid I remeber hearing him say to my mother, “Well dear, that’s the end of Mark.”

Over the next five years I did nothing to give him any reason to be proud of me and plenty of material to reaffirm he’s assessment of me back then.

I’m sorry Dad.  I still remember you taking me to the footy in under tens and being Team Manager because no-one else would.  The sacrifices you made for all of us while you and mum battled with my brother Grant’s illness aren’t forgotten.  I remember you taking me to Uncle Allan’s when I was four or five because Mum had to stay at the Royal Children’s I guess.  I remember that stuff and I know you loved me.  Despite me being such a disappointment, I know you still do.

I wanted to make you proud.

I don’t think I ever did in those years – I just wasted my gifts and you watched on helplessly while I did.

Somehow Cloudbusting pricked that bubble. It still does.

6 thoughts on “Why Cloudbusting by Kate Bush Made Me Cry”