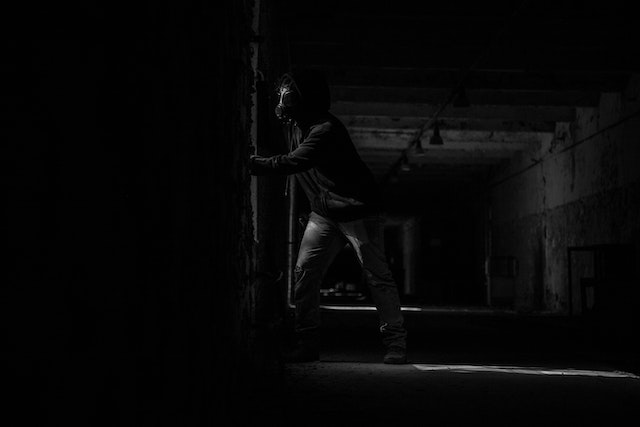 I get that question a lot. Sometimes I ask it myself. Why write weird dark stuff? I really don’t know the answer. It just comes out.

That’s a cop-out. You and I both know it. Nothing comes from nothing. That weird dark stuff must come from somewhere – so where?

I guess part of the answer comes in the form of a rhetorical question. Why do people read that stuff?

I can answer that question, at least from my own personal point of view. You see, I’ve read libraries of weird dark stuff ranging from King’s Dark Tower series right through to hundreds of “pulp” stories churned out by obscure writers in what is called the “small press.” I’m a sucker for a good story. if I get through the first two paragraphs I’m all in. Those first two paragraphs should grab me by the throat and not let go. Dark weird stuff tends to do that far more often than stories about sunshine, lollipops and rainbows.

The dark man fled across the desert and the gunslinger followed…

Now, that’s the kind of opening sentence that invites curiosity and sets up a story. What is the chase about? Who are the adversaries? What is in dispute? Why cross the desert? Can the Dark Man be caught? Why is he running? What happens when the two adversaries meet? I’m willing to bet that when Stephen King wrote the opening line of the Dark Tower Series he had a range of similar questions because that’s the essence of good story writing – the writer doesn’t know the story when they start either. Fiction writing is the art of tapping into the subconscious to put flesh and bone on a fragment of an idea.

The structured essay format when applied to fiction is stifling and counterproductive. Formulas kill good stories.

In reviewing the stories in my forthcoming anthology of dark weird stuff, I was constantly asking, “Where did that come from?” Not so much in relation to the idea, but where the story went. Some recurring themes are evident- a twisted view of religion evident in stories like Statue and Last Miracle, an underlying mistrust of authority notable in Random Soul Audit, Clone and others and an underlying fear of technology being used for less than altruistic purposes (The Player, Firebugs, Mitzi). These themes no longer surprise me. I understand where they come from, having worked through my own personal demons. But there is something else going on that sort of balances those negative themes.

Writing weird dark stuff allows me to put good people in various degrees of dark situations. I put their feet to the fire and see how they react. They don’t always win. That’s not the way the world works. Sometimes, they fail the test. However, in many cases, there seems that my belief in the essential goodness of people breaks through and if it doesn’t win the day, it gives it one hell of a fight,

I think that I have to write as I do.

There is no choice. I go where my subconscious takes me. And my subconscious self has been screaming to be heard. Part of my journey has involved a retrospective look at the darkness that enveloped me as a young man and a recognition that the world has equal elements of light and dark. My writing has been exploring that twilight zone seemingly, forever. The result has been some dark entertaining stories.

So, I invite you, dear reader, to read my forthcoming book, Dark Weird Stuff (Book 1) and explore the darkness within all of us. You can keep up to date with my progress and get a sample story by subscribing below.

Only by feeling the dark can we ever appreciate the light.’