Skip to content
Fragments of my life inspiration Music 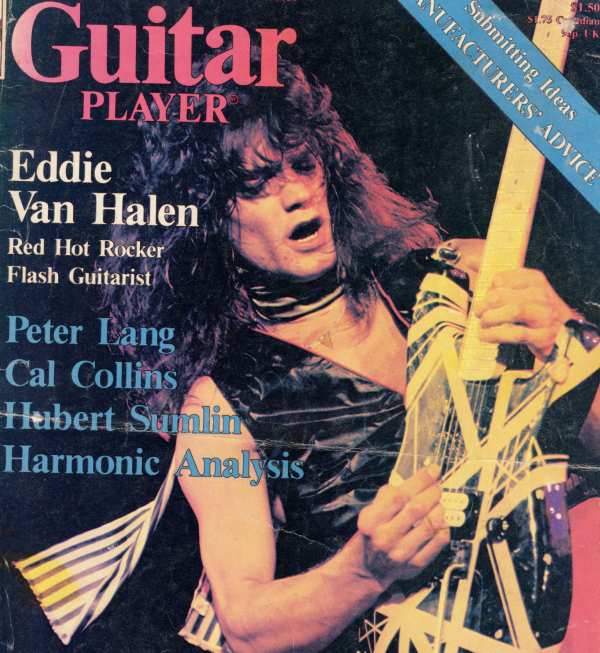 The first time I heard Eddie Van Halen, I thought it was a joke. My best friend at the time played me Eruption.

I couldn’t believe my ears. It didn’t sound like two guitars it sounded like three over dubbed around each other so that there was this cacophony of sound- and the shredding pieces simply had to be sped up. Nobody could play that fast – nobody.

I declared it to be overdubbed which caused my friend to burst out laughing and call me a cynical bastard.

“There’s no overdubs, mate. That’s just the way he plays.”

It took me a while to get my head around that. Back then, there wasn’t even MTV, or whatever the Australian equivalent was. Video of rock was basically restricted to an hour on a Sunday night and a band like Van Halen was never going to feature there. I had to rely on guitar magazines, other musicians and my somewhat limited ears to work out what was going on.

Within weeks, I’d worked out enough to understand that Eddie Van Halen was very special. I was just one of hundreds of thousands of guitar players whose world was turned upside down by Eddie’s playing. He came out of nowhere and challenged everything about the way rock guitar should be played. In doing so he ushered in a new guitar hero age. Names like Satriani, Rhodes, Malsteem, Lynch, Morse and Vai would become part of the guitar world’s language. While all of these players were virtuoso’s in their own right none could claim to have the star quality that Eddie had.

Van Halen, was more than just another technically proficient master of the fret board. He had feel and an amazing sense of melody. These two gifts help him to write great rocks songs. Deep Purple/Rainbow guitarist Richie Blackmore once commented on this ability by comparing him to Cole Porter.

Sample any of Van Halen’s albums and you will find that feel and melody jumping out and slapping you in the face. From the simple but incredibly catchy Ain’t Talkin’ Bout Love through to the wonderful laid back groove of Secrets, Eddie demonstrated a unique ability to take a melody and riff and then constantly extemporize around the central theme to create magical interesting tunes. He kept things simple but made them interesting. Most of his competitors could not do simple. That was the difference.

Eddie Van Halen was a people’s guitar hero and he made it fun.

Van Halen were a fun band

I’m not sure where Van Halen fit in terms of categorizing them. Some people called them heavy metal. I never saw that. The music was too upbeat. It swung too much. Van Halen music made you want to get up and dance. They played hard rock with attitude, style, insane playing and a sense of fun that most metal bands never dared to display. Van Halen always gave you the sense that they wanted you to have fun listening to them.

A lot of that can be traced back to the Eddie’s riffs and melodies. Tracks like Panama, Why Can’t This Be Love, Summer Nights, Beautiful Girls, Take Your Whiskey Home and dozens of others bounced with energy. When you paired this with front man David Lee Roth’s antics you had a recipe for fun.

Today I’ve gone on a binge. I’ve listened to a lot of that early Van Halen as well as some of the later stuff. He was simply an awesome player – without doubt the guitar player of his generation. It was a privilege to discover him when I did. He gave me countless hours of listening pleasure along with long hours of practice trying to figure out what he was doing.

Thank you Eddie. It’s been wonderful to hear you. I’ll still be listening as long as I draw breath.