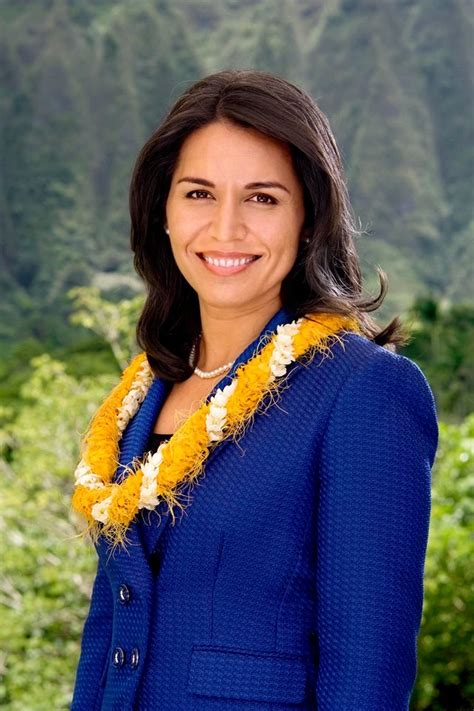 Tulsi Gabbard was back in the news today. She has sufficient guts to take on the Clinton machine. She is suing Hilary Clinton for $50 million for stating that she was a Russian agent.

For some time, Gabbard has asserted herself as perhaps the only democratic party candidate with a shred of integrity. She backs this with a unique preparedness to back her judgement and refusal to follow the democratic hordes over the cliff.

This apparent independence strikes fear into the hearts of many corporate democrats. They yearn for a return of power and a restoration of business as usual politics. Gabbard’s refusal to play along with establishment lines about America being the world’s policeman and the need for consistent regime change wars is not business as usual. Gabbard is viewed as a pariah by the DNC establishment. They have been working overtime to smear and discredit her since the day she resigned as deputy DNC chair in 2016. Clinton in particular viewed this step as a betrayal.

Gabbard has her champions.

Left wing progressive commentators Jimmy Dore and Lee Camp are in her corner. Centre left commentator Tim Poole is also a vigorous supporter. Many Republican voters have also shown an appreciation for Gabbard’s foreign policy views. Which if you cut to the chase aren’t all that different to JFK’s . But her support is limited to those who are actively engaged in the political debate. Many Democrat voters know only what mainstream media allow them to hear. Indeed, the only place that Gabbard appears to get a fair hearing in mainstream media is the occasional interview she does with Tucker Carlson. Both people acknowledge that they agree about very little other than the need to not be involved in meaningless wars.

Naturally, Gabbard’s appearance on Fox News disturbs and alienates the rusted on DNC voters as well as the woke socialist take no prisoners hard core left that doesn’t want anything resembling debate. Everything she does alienates the very party she is said to represent. The concept of rational debate and discussion has become totally foreign.

Barring some sort of outrageous scandal that saw most of the MSM media candidates eliminated from the race, Gabbard cannot win the DNC nomination. She must have known that when she nominated.

So, why did Tulsi Gabbard nominate?

The wise heads say that she is positioning herself for a meaningful run in 2024. However, she has indicated that she does not intend to seek re-election in the house of representatives. That is hardly a way to build on her very small platform that she has.

Something doesn’t add up. Both in Tulsi’s positioning and in the seeming hatred that her mere presence on any stage seems to generate within DNC ranks – culminating in Hilary’s senseless and apparently tone deaf targeting of her suggest that there may be more than meets the eye going on here.

As the DNC ploughs determinedly into the quagmire of a partisan impeachment trial with no hope of removing a president, in a republican controlled congress, there are more than a few nervous eyes looking towards the looming Presidential contest and what the outcome for the democrats may be.

Biden is a mumbling stumbling gaffe machine. Warren has serious credibility issues on almost everything. While Bernie has already been tried by fire and failed to stand tall when it mattered.

The Democrats have no policy platform. The House of representatives is viewed by many swing voters as out of touch and seriously contemptuous of the electorate. Unless something changes quickly, a monumental rout may be about to occur.

Maybe, wise heads can see it coming. Maybe Tulsi Gabbard is positioning herself as a serious credible progressive alternative to the train wreck that the democratic party could be after November 2020. Just maybe that’s what the DNC fears most of all. Not simply losing power, but being swept away by a new movement that has integrity and vision.