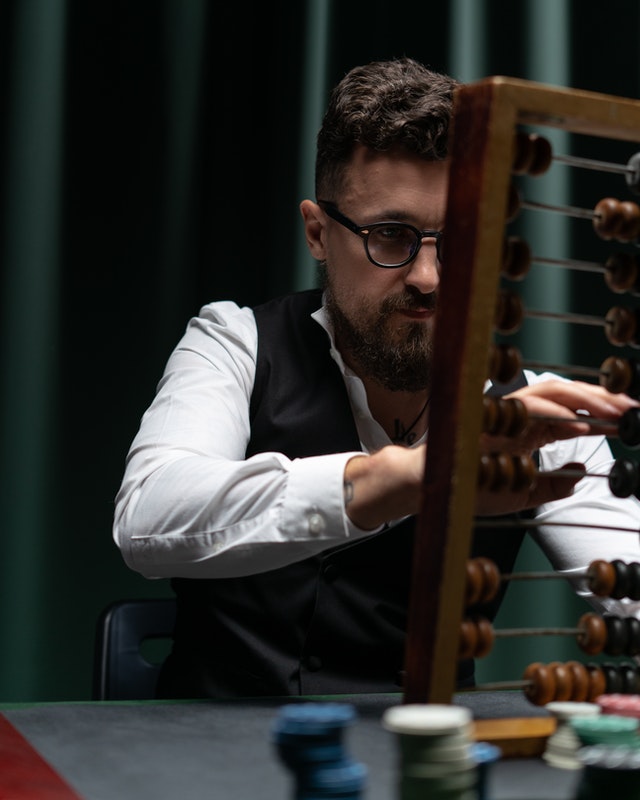 Accountants perform valuable functions. They can count, apply ratios, prepare reports and highlight areas of concern. Their profession is conservative and rightly so. Numbers are their domain. They’re very good at it and they know it.

But… there is a subset of accountants who want to control everything. In their eyes, everything can be measured, weighed and accounted for. Numbers rule. Algorithms are written to reflect probability. Possibilities are to be ignored. Sure things are all that matters.

Whenever they are given too much power in the running of a business, it invariably goes to hell. Sure, the business will still make a profit, but ever so slowly its life and very soul is squeezed to death. Innovation dries up. Forms are completed on time. Checklists are filed. Passion dies.

I’ve seen this in action.

I’ve written before about my experiences with the Commonwealth Bank, but I’ve never written about the institution I switched to. When I joined Bendigo Bank, I could not believe how alive it was. At that time, its CEO, Rob Hunt was pioneering what could have been a revolution. The bank forged real partnerships with local communities and through various mechanisms shared a portion of its profits with the community. This was not some tokenistic exercise, like throwing a sum of money at a local community body. This was central to the operations of the bank. For a crusty old cynic like me, it was mind-blowing. I embraced it wholeheartedly.

Then Rob Hunt retired shortly after Bendigo acquired a similar-sized bank in a merger. Gradually the community drive lost its momentum. Many of the new executives in the merged institution had the accountant’s mindset. Pretty soon, the ridiculous tracking practices that my previous employer engaged in were being implemented. Targets for target’s sake were whispered about. Community involvement started to get pigeonholed and the formulas so carefully crafted by Mr Hunt were fiddled with to give the bank greater margins. The place lost its authenticity. I’d seen this movie before. It was a matter of time before I walked away.

Bean counters don’t understand people. They understand numbers. You can’t quantify enthusiasm or initiative. Nor can you measure the value of a warm greeting and a friendly smile. How do you even begin to measure potential? Good business sense requires good people skills and an understanding that people are not robots. Some of the very best people that I ever worked with took time to nurture and encourage to their full potential. I’ve had to go in to bat for them because the numbers didn’t show what I saw.

People can’t be categorised. They grow and blossom, or they wither and die. If the accountant’s mentality can restrain a business, it runs amok in government, where bureaucrats are sufficiently removed from the consequences of their actions to let statistics rule without question.

Numbers can be twisted to tell the tale you want to tell.

Governments keep changing the formula to report unemployment and inflation rates for no other reason than they can. Politicians are totally poll-driven. Bizarrely, polls can be massaged to deliver distorted views. Money is thrown around like confetti to show that governments of all hues care. Accountants disguised as bureaucrats write reports to show that the “new initiatives” are working. The data supplied to them is often “managed”.

People on the ground don’t see any significant change, regardless of what the numbers say.

The health system in this country is an unmitigated disaster. It is measured to the nth degree but service delivery is an apparent abstract concept that always looks good on shiny charts but falls down when you need an ambulance.
Every element of government service delivery is measured, tracked and quantified by accountants and then spun by an army of consultants. Bludgers and malingerers are tracked down and shamed by entire departments. People were harassed mercilessly by the Robodebt system for rorts that they never rorted. The accountants shrugged their shoulders. The numbers couldn’t be wrong. The numbers were. Noone in authority paid the price.

It was a glitch in the system

The numbers needed to be reworked. Apologies were hard to come by. Those pesky bludgers were out there…somewhere. More accountants were needed. More pubic servants were recruited. The numbers couldn’t lie. The numbers cracked a nut with a sledgehammer. That was money not well spent.

But the forms continue and the call centres really want to take your call, even though your waiting time is fifty minutes. This is efficiency, you see. “I’m sorry sir, your claim has been denied because you didn’t tick the box in clause x on line 23. No correspondence will be entered into and have a nice day. If you would like to complain, press 9 and your waiting time is fifty-five minutes.

We accept this because we’ve been conditioned to. We are told that government needs to tighten its belt until some bombs need to be dropped or a debt creating “event” can be bid for (Commonwealth Games Dan?).

Not everything can be measured in numbers. In fact., almost all of the really important stuff can’t be. Accountants are not trained to recognise this. It’s time they were shown their place. Let the people with drive, enthusiasm, dare and passion get in the driver’s seat and drive and let’s see what happens. we’ll need accountants to measure that of course…that’s what they’re good at.