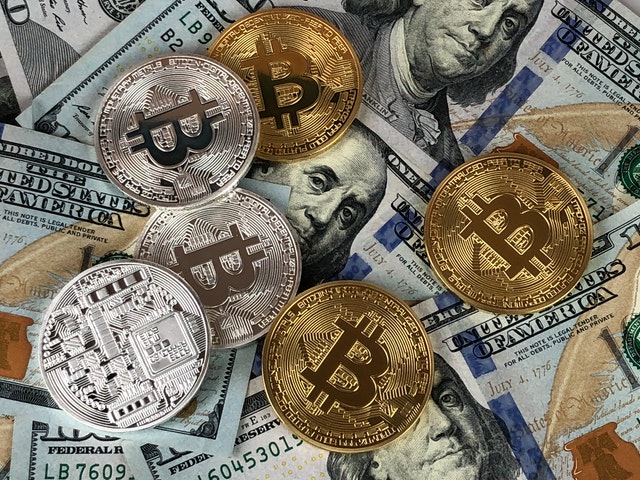 A couple of weeks ago I was commissioned to write a piece on banks and cryptocurrency. I intentionally kept it relatively light and didn’t dig too deep. The subject is a rabbit hole and I’ve been mulling it over ever since.

People simply take our financial system for granted and most people never think about the nature of currency, how it is created, what it is backed by and the level of trust that is required for the system to work.

Cryptocurrency represents a significant threat to the way the system is run. As such, it deserves to be given much more airtime in mainstream (legacy) media. Of course, the media has long since removed itself from informing people of anything and contents itself with bolstering flagging ratings by stoking fear, division and hatred however it can. This week it’s Russia. Next week we’ll be back to coronavirus. The week after probably Novak Djokovic. Anything but real analysis and real debate.

If there were such things, the world would be a much more interesting and dynamic place. It was Henry Ford who was quoted as saying

It is well enough that people of the nation do not understand our banking and monetary system, for if they did, I believe there would be a revolution before tomorrow morning.

What in God’s name did he mean?

There has been much conjecture about what Ford really meant, but there is no doubt that he was alluding to the fractional central banking system that dominates the world today. Essentially, what this allows an institution with a banking licence to do is “to create money out of thin air.”

No one (aside from those of us crazies on the edge) ever questions this. When we borrow money, we assume that the bank has the money to lend us. They don’t. In this country, the banks are required to stay within LGS (Liquid government securities) and SRD (Statutory reserve deposits) ratios which are only a fraction of the loans that they make. So let’s be clear when you borrow money from a bank, they make a book entry and the money appears in your account. Then, they’ll charge you interest on it.

So where does cryptocurrency fit?

Bitcoin was created as a reaction to the GFC in 2008 and one of its stated aims was to reduce the reliance of the world on the banking system. Most people paid it little attention. Most people were wrong. Today, a single Bitcoin is worth over $61000 Australian dollars. In many circles, it is regarded as virtual gold.

Most of the news on mainstream media paints Bitcoin as risky and volatile. So is the Australian dollar or investing in commodities, but they don’t tell you that. Bitcoin is portrayed as scary and dubious. And as long as it is portrayed in that way, most people will steer clear of it.

But cryptocurrencies are getting bigger by the day

There are now over 10000 cryptocurrencies available. Bitcoin is not the only game in town and the system is trying desperately to keep up. Many governments are trying to regulate the use of cryptocurrency and imposing taxation rules that don’t really fit.

Banks are scrambling to get a piece of the action, while simultaneously calling for more legislation. government-backed “stable coins” are being promoted by many of the financial establishments as the “responsible course of action.” Of course, they do, because an uncontrolled and decentralised cryptocurrency network threatens the financial institution’s position at the core of the financial system. Why?

Because it decentralises the creation of money. This can be best summed up in a tweet that I stumbled across the other day viewable here.

The implications of this are endless and perhaps unfathomable.

What happens when people realise that the emperor isn’t wearing any clothes? I don’t have any idea, but what we are witnessing right now in this age is perhaps the most important development since the industrial revolution. If a central authority gains control of the cryptocurrency market, it will rule the world with an iron-fisted grip. On the other hand, if cryptocurrencies continue to evolve and thrive in a parallel world to the financial system, it will only be a matter of time before the crypto economy overtakes and overwhelms the FIAT system that we know so well.

Nothing lasts forever. Every empire falls. Are we there yet?

We live in interesting times

Photo by David McBee from Pexels