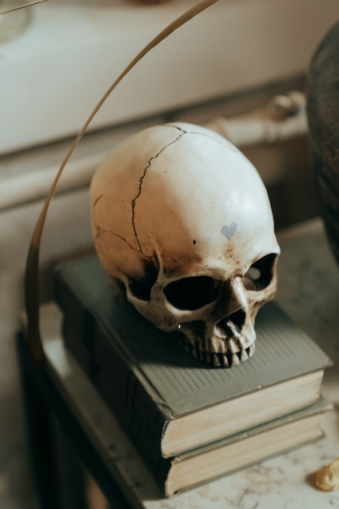 I have always been a writer, although at times I’ve done my very best to pretend that I’m not. In fact, for most of my life, writing has been such a natural thing for me, that I’ve kind of taken it for granted and that hasn’t been all that beneficial. For a while, I wrote the full gamut of what is broadly described as speculative fiction – horror, sci-fi, dark fantasy and other shades of weirdness. A lot of it was published in various small press magazines. I got a real buzz out of it.

One day, I just stopped. I’m not entirely sure why. Maybe the well went dry. Perhaps I couldn’t find the time. Or maybe I got a little frightened that I wasn’t good enough. There’s probably a little bit of truth in each of those statements. The last piece of speculative fiction that I wrote held a clue.

It was a piece that came out of nowhere (all the best stuff does) and its conclusion left me wanting to explore the themes further and extend the story into a novel. There were so many threads, themes and unanswered questions lurking in those 4000-odd words that further chapters simply had to be written. And yet, I could not do it. I tried attacking it from multiple angles but when the words came, they seemed forced and inferior to that initial piece. So, I gave up.

I continued to write but steered clear of anything resembling fiction. “There wasn’t enough money in it,” I lied as if money was ever the reason.

The lie has lain dormant waiting to be exposed for at least ten years. I’ve been scratching around it hesitantly for a few months. The trigger was that last piece, a hard copy of which has been stuffed in a drawer all this time. The story still demands exploration.

I’ve been trying without a lot of success. It’s been quite a painful exercise and I have to admit that I’ve nearly chucked it in on a couple of occasions. While I’ve been wrestling with this, I’ve also been searching for the hard disk where I’d stored all my previous speculative fiction. Sure, I had some scattered around in various magazines, but I wanted all of it. For some reason, I’d come to believe that those stories contained the key that would unlock the story that I wanted to write.

About 10 days ago, I found about 95% of them and to be honest, I’m kind of blown away. I have no idea where some of that stuff came from and that’s the key. I realised that my best speculative fiction literally comes out of nowhere sparked by a vague idea. There was no plan, no structure, and no reason. I just tapped in and let the story take me where it wanted to go. I had forgotten that. It’s been a joy to rediscover that – even if it means that the work I’d done on my novel has to be discarded. I need to follow the story where it leads, rather than lead it where I think it should go.

Writing speculative fiction is in a sense, counter-intuitive to much of my professional writing. That professional writing is methodical, focused, planned and well, let’s be honest, pretty damn boring. I’ve been out of speculative writing for so long that I’d kind of lost my sense of how to write it. it isn’t so much writing …but feeling if that makes sense.

I’m no spring chicken. Writing content is safe and secure but has the hallmarks of sputtering to the forgettable close that I tried to avoid by quitting banking. My blog has served mainly as a creative and at times emotional outlet. It will expire shortly after I do. There is an increasing urgency to create something worthwhile.

The novel demands to be written. I’m not sure where that takes me and that’s exciting but I don’t plan to stop there. You see, I have all these stories that I want you to read. Some of them need some polish. Others should be toned down a little (Clive Barker’s Books of Blood reads like an Enid Blyton Book in comparison). A couple of them are pretty damn good as they are.

So, I’m working feverishly to make them presentable and to put them into some sort of order. I’m not sure what format I’ll release them in. I’m still working through some logistics but one way or another I aim to publish them all this year.

That means that all other projects (and there are at least 5) will be taking a back seat and my content work will continue for the time being.

I’ve come to realise that I’m not just a writer. I am a speculative fiction writer and always have been. it’s time that I shared that with you and I can’t wait.