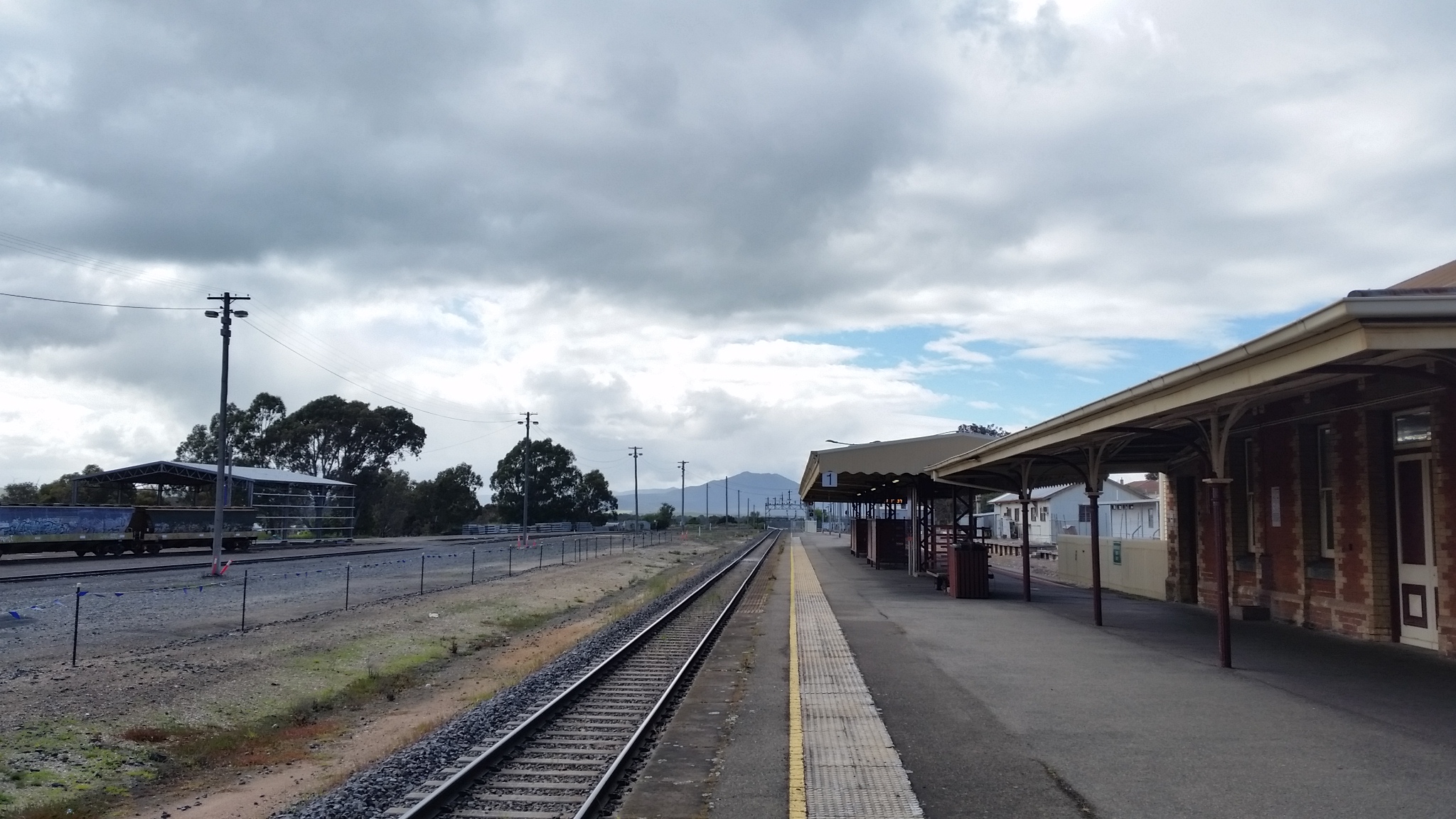 I arrived in Ararat with 3 guitars, a broken bed, a sound system, a couple of thousand dollars worth of vinyl and a massive chip on my shoulder.

I wasn’t planning on staying long. I had no ties and could check out anytime. That was the plan.

When I finally left, some thirty three years later, I took the above photo, which in many ways summed up my initial feelings about finding myself in such a place.

It seemed to be the end of the line.

Desolate, cold and hellishly lonely, I found myself often humming bars to the tune Pictures of Home. I particularly liked the line about unfriendliness chilling my body and taunting with pictures of home. It seemed incredibly apt, but ultimately necessary.

The truth is that I needed Ararat, or some place like it. I just didn’t know it then.

I needed the isolation. Discomfort and loneliness forced me to reach out and relate to people who I would not have bothered to. Solitude allowed me to think and reflect. Distance allowed me not necessarily to heal but to initially at least, stop the bleeding.

I started to at least resemble a functioning adult.

By the time I met the lady who would become my wife, I’d learned to smile and to forgive myself. I was ready to love.

So, it came to pass that I settled in the place that I’d thought of as the end of the line and I learned the value of community and responsibility while we raised our family on our little patch of dirt.

Ararat taught me many things. It wasn’t always pretty and at times it was damn hard, but I learned to love the place and accept it for what it offered rather than what it lacked.

Deep down inside though, I knew that Ararat had helped me to hide from some of the demons that had threatened to consume me when I was young.

There had to be a reckoning.

By the time the dust had settled, I’d learned many things about myself. Some not particularly pleasant, others quite the opposite.

I could no longer hide.

Ararat served me well. I healed there twice, but it was time to move on.

When I left Ararat, I was not the broken boy who arrived. The chip on my shoulder was no longer there and I was a husband and father of three adult daughters. Not everything was perfect, there were still scars that refused to heal but I was at least prepared to look back without anger and look forward with hope.

Today I was scrolling through my photos and saw this picture of the Ararat station. I know why I took it.

It’s a reminder never to take things at face value and to always look for the good. It’s there. We just have to be open to the possibility.

Goodbye Ararat and thank you.

Maybe I’ll be back someday.

Many of the Fragments of My Life have been recorded in the Book Postcards From Hell, where I deal with a lot of the demons referenced in this piece. Get your copy by visiting here