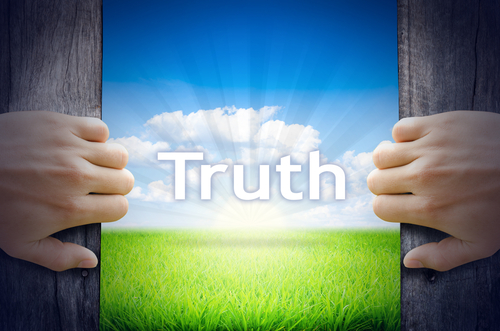 I wrote this after the news that Trump had been conned nto attacking Syria.  This followed the cutting off of Assange  from the outside world by Ecuador.  I went into total denial for a day.  My mind just gave up.  Eventually I wrote this which has already appeared on Steemit, Patreon and Medium.  The first line is stolen from the Beatles .

I heard the news today…oh boy…

These are dark times.

So dark, that my mind didn’t want to process all the black news yesterday.
It just shut down. I watched music videos and sports replays. Everything seemed too hard. I contemplated surrender. Who am I to rant and rave against the mindless relentless machine that grinds on and on, never pausing for breath, never asking for quarter and giving none? There are better people than me who have wider audiences and speak more eloquently – let them do it. This is too much.

I am a weak prick.

Julian Assange is shut off from the outside world, deprived of sunlight for seven years. The Deep State is openly flaunting its omnipotence worldwide. Mainstream media continues to act as modern day Vichy regime conspirators and Syria has the potential to escort us all directly back to the stone age with an added bonus of radiation poisoning. And I can’t handle the news.

It’s time to put on my big boy’s pants and fight the good fight.

There is no point in rehashing what has been brilliantly said by Caitlin Johnstone, Elizabeth Vos and others. You can read their brilliant pieces on Syria, Russia and the whole shit show on their platforms, Rogue Journalist  and Disobedient Media  respectively.

Therein lies part of my problem. They have said it so much better than I ever could. But we have to fight with every breath against the powers that shouldn’t be – so here is my anti-establishment, anti-war, pro free speech action plan guaranteed to draw the ire of the Deep State and its minions.

1. Support WikiLeaks in every possible way. WikiLeaks is the one shining light of truth in a corporatised, corrupt world that wants you to be distracted while it gleefully rapes and pillages every last vestige of decency. In many ways, WikiLeaks and its editor in chief, Julian Assange, are the biggest danger to the Deep State oligarchs. They spend inordinate amounts of resources in the ongoing war against WikiLeaks. Disinformation, smear, innuendo and finance are their visible tools of trade. Their intention is clear. WikiLeaks and Assange have to be made an example of. We simply cannot allow that to happen.
Any support you give is a tangible strike against the Deep State. Donate, Sign petitions calling for the freeing of Assange, Buy from the WikiLeaks shop and be vocal in your support. Change minds one mind at a time.
2. Read and watch independent media from both sides of politics. Absorb and analyse information. It’s amazing how much in common that independent thinkers with different political perspectives actually have in common. Once you realise this, you see the world differently.
3. Support independent journalists wherever and however you can. If you can do so financially, that’s great. I can’t tell you how great it feels to have someone materially support your work. The feeling is pure vindication – the amount matters not. If not, sharing articles via social media, voting and re-steeming on Steemit or clapping on Medium all help.
4. Seek out independent media platforms. Steemit, Bitchute, Gab and Minds are all growing exponentially and they all support free speech. Get on and enjoy. While you’re at it point out the blatant censorship being applied by digital giants like Google, Facebook and Twitter.
5. Speak up. Don’t accept corporate spin as truth. Call it out. Wear the flak you inevitably attract with pride.
6. Stop listening to mainstream media news. They serve up a diet of puerile, Doublespeak penned directly from the desks of whichever corporate government department has their ear.
There’s only so much bullshit you can be force fed. Cut off the supply. Do it today.
7. Accept other opinions for what they are. The world won’t end because someone supports a politician you don’t particularly like. If you’re offended by opinions that don’t agree with yours, you seriously need to spend some serious time doing point two above.
8. Buy local wherever and whenever you can. When you buy local, you support a human being who lives in your immediate neighbourhood. The produce will be in season, the small business owner will be grateful and local people benefit from increased employment opportunities.
9. Cut the ties with Big Banks wherever and whenever you can. Use a credit union or building society to do your day to day banking. Try not to borrow excessively. If you’re tied to a bank – make their life hell. Dispute every charge they make.
10. Investigate Cryptocurrency. This could be our saviour and it could be our undoing. Blockchain technology is here to stay. Get used to it, understand it and support the ways that it can be used to subvert the current Ponzi scheme that the FIAT system is.
11. Read everything your an get your hands on. Open source documents are invaluable. The WikiLeaks files are a treasure trove of information as are the Snowden documents, and the CIA and FBI reading rooms. If reading isn’t your thing you can start furthering your education by watching/listening to the Decipher You Series  from Suzie Dawson and Elizabeth Vos. It’s compelling stuff.
12. Get involved in politics. Don’t join a party. Get involved locally ask local candidates where they stand on all of the above issues. Hold their feet to the fire.
13. Treat people with respect and dignity
14. Never give up. The sun always rises. There are more of us than you realise.

We’re all entitled to moments of despair and doubt. We are not alone. Keep fighting.

Truth is on our side