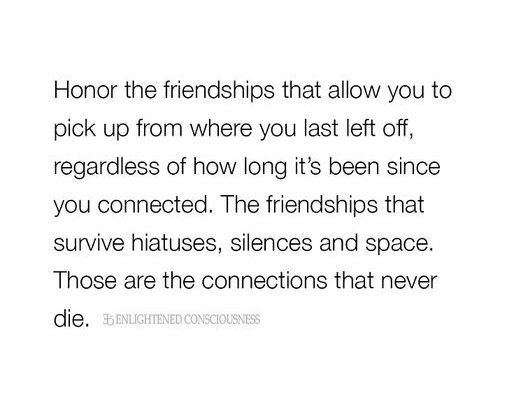 Hatred is such a cold lonely word.

I know. I was consumed by it for close to ten years. For much of that time I wasn’t really aware of it. I was unsettled, unhappy and unsure of myself. Effectively, I was lost, largely unaware of the bitter currents that swirled beneath the surface.

I hid all of this behind masks of indifference and casual rebellion. Trapped by my own stubbornness in a prison of my own making, I refused to address the underlying issues that were shaping and came very close to destroying my life.

There were casualties along the way.

Friendships were lost. Bridges were burned. Potential relationships were killed stone dead at the first bloom. My public face didn’t care, but my soul withered and blackened with every poor decision and every thoughtless action.

The hatred found a focus and that focus was me.

In my eyes, I just wasn’t good enough and that feeling manifested in a myriad of inadequacies. No longer good enough to play footy. Not good enough to go to university. Unsuitable for the job I desired. Incapable of expressing my feelings even to my closest companions. I didn’t think I could cut it as a musician. Spiritually dead and morally bankrupt, I did not consider myself worthy of the girl that I would have liked to form a proper relationship with. I believed in nothing, hated authority in all forms and saw no future.

I sensed that there was something monstrously dark within me but did not dare lift up the rock. Silence and brooding darkness was infinitely preferable to confronting whatever it was that lurked within.

Just as all creatures need sunlight, water and air, our souls need to give and receive love, kindness and empathy. I’d placed mine on a starvation diet.

Hatred has a face

I remember getting roped in to make up the numbers for a footy reserves team one bleak Saturday afternoon. Everything was OK until I walked into the change rooms and then the fog descended upon me. I felt sick and didn’t know why. When the game started and we were out on the oval I was fine, but the change rooms after were tough. I didn’t understand it. The drinking started earlier and finished later than usual that day.

The memories I’d suppressed for so long were now banging on the door, demanding that I see and hear them. It took me a while to look but when I did I found that hatred had names and faces after all.

Their names are no longer important and in any case under the insane laws passed by the Victorian State Government recently I doubt if I could publish them anyway. They did not touch me, but I knew what they were doing to others.
I knew because I saw enough to have no doubt. I saw it in, what up until that moment, had been the atmosphere I was happiest in- my football team.
The word pedophile was not in my vocabulary. A concept such as grooming was utterly foreign to me. Homosexuality was taboo in the mid seventies in Australia. I was fourteen. What I witnessed was utterly alien, confronting, confusing and ultimately spirit crushing. The man had a wife and family for Christ’s sake.

I was fourteen and did not understand.

My first thought was to protect the boy. Again, I say, I did not understand. I thought my silence would protect him from the shame and ostracism that I imagined would surely follow. If silence is golden, its the fools gold of cheap trinkets.

What is perhaps the most horrifying thing of all is that once I realised what was going on, I saw the evidence of it in other student/teacher “relationships.” That nearly sent me over the edge.

My silence ate away at me. I withdrew from others and the walls went up around me. No-one got in and I wasn’t getting out. Footy, the game that had in some respects defined me, became a chore and then, in time, something I just didn’t want to do anymore.
In time, I grew to hate the boy as well as the man. That hate was twisted, sick and corrupting, but my inability to talk about what I’d seen made it pretty much inevitable.

Despite numerous opportunities, I still did not talk.

In fact, I hated myself more for my weakness and inability to say something when it mattered. How could I trust anyone with what I knew? What would they think of me? I tried to push past it and the walls went up a little bit further. Feelings of unbridled shame were never far from the surface and with that shame, the self loathing grew.

The next twelve months were a blur. I tried to run away from myself. That doesn’t work. It doesn’t matter how much you self medicate or how much noise you surround yourself with, you still have to look at yourself in the mirror.

There came a point when I’d just had enough. I pulled the pin on the life I was leading and tried to make a fresh start. Moving away was the best thing I could have done, but in some respects I threw the baby out with the bath water. There were people I should have kept close. I’m sorry I didn’t.

I’ve learned to forgive and like myself and I found my salvation in time. But the scars are there. They run deep inside me. There is still a sense of shame for some of my actions but I can’t turn back time and I can’t heal the hurt I caused so long ago.

There is still a deep abiding mistrust of authority within me and a reticence that keeps most people at arm’s length. I’ve come to accept that I cannot change these things. I am who I am. While I have by and large forgiven myself and come to accept that I was just a boy who found himself in the wrong place at the wrong time, I cannot forgive those sick depraved men who prowled among we children.

I’ve managed to balance the hatred with gratitude. And I’ve come to understand that for every element of darkness in the world there is an equal measure of light. The choice is always ours.

Hate is not worth the energy.

I know that now. It’s taken a while.

I am lucky to be here and have been blessed with my wife and family. As time goes on, I am now more appreciative of those who I grew up with and who offered me friendship during those dark days. I still converse with some of them. I’ve even dared to share some of my demons with a few. Those people mean more to me now then they did then. I have been fortunate to know them and am so grateful for their continued friendship.