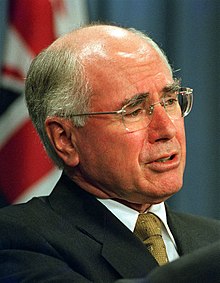 Piousness is a party political free zone.  I guess from what I’ve observed of the USA and the UK it also appears to know no borders.

Do politicians actually believe in the religions that they so wholeheartedly embrace before the television cameras?

Maybe I read the wrong bits of the Bible but the parts that resonate with me are the  Beatitudes and the New Testament.  You know – the bits  when Christ says “What you do unto the least of these you do unto me.”

I must have been reading a different bible.

How else do you explain how successive Australian Governments regardless of their  hue have demonized refugees to sub-human status. All the while their leaders (Howard, Rudd and Abbott) wear their Christianity like a badge.

The hypocrisy is breathtaking and yet nobody calls them out on it.  I know that there is some sort of tradition that says we don’t touch religion in a political sense.  However, when a politician plays the religious cards he should be held to account.

You can’t have it both ways.

At least Julia Gillard had the courage to say she wasn’t religious -which gave the religious right one more reason to hate her.

You can’t trade and traffic in human misery the way the Australian Government has done  and then roll up to church on Sunday.

I hate bigotry.  I hate politicians as a matter of course but above all else I hate hypocrisy.

Maybe its time our pious politicians actually heeded the messages that are contained in the new testament, but there’s more chance of hell freezing over