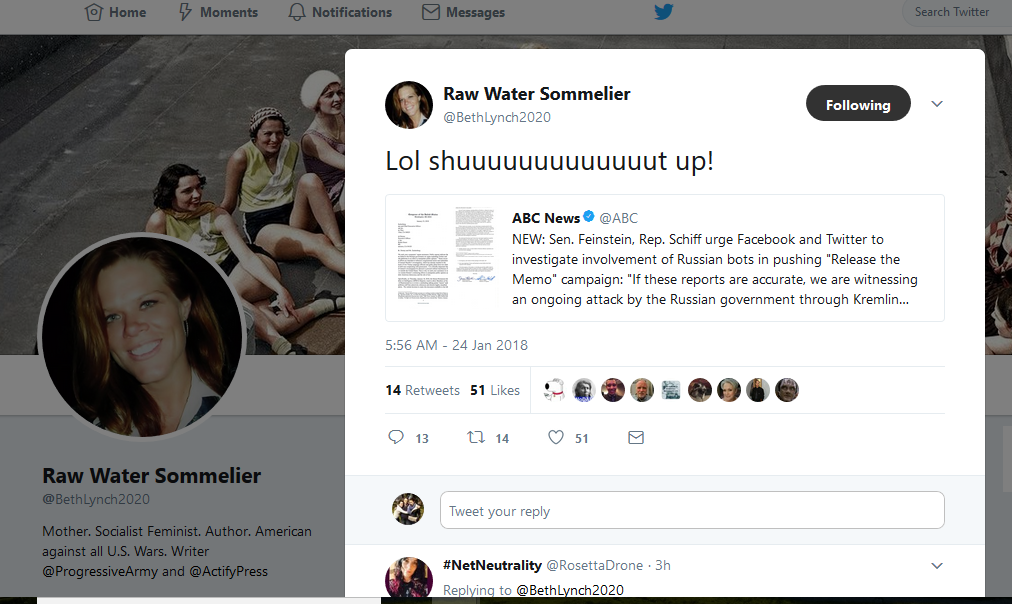 The ongoing Big Brotherlike behavioyr of Twitter continues . We look at sensitive content blocked from viewing as well as a letter from Democrat heavyweights Feinstein and Schumer addressed to Facebook and Twitter calling for supression and identification of accounts calling for release the memo.

NEW: Sen. Feinstein, Rep. Schiff urge Facebook and Twitter to investigate involvement of Russian bots in pushing "Release the Memo" campaign: "If these reports are accurate, we are witnessing an ongoing attack by the Russian government through Kremlin-linked social media actors." pic.twitter.com/SkAci5NefK

They are being overwhelmed with calls and they are not very happy about it. EVERYONE should be dialing until their fingers bleed. Let these tyrants know that we are ANGRY AMERICANS and their time is limited!! #CallTheClowns https://t.co/Mqdiv1bWn5

Big thanks to @LionelMedia for covering @ElizabethleaVos's amazing reporting on our findings from the #DecipherYou series studying the Snowden docs. Really thrilled to see you pick this up Lionel! https://t.co/f4Gdkg0Oqq

Totally misleading. This is the 99 page opinion that was already released and available.

Joe diGenova, a former federal prosecutor, brought attention to this in a recent interview.https://t.co/cBvBZbghBahttps://t.co/qtDdhKYjhy https://t.co/DyxVNachmN

The Ongoing Struggles of The Left Against The DNC

Lee Camp again reinforces my view that it is only the comedians on the left that have any integrity and cut through.  We also briefly discuss the disillusionment amongst Bernie supporters and the interesting move from some of them towards Trump

Prominent Democrats voted to continue warrantless wiretapping of American citizens. I don't want to hear another thing about 'resisting' authoritarianism from them.

So glad this story is getting out there – in film! DuPont vs. the World: Chemical Giant Covered Up Health Risks of Teflon Contamination Across Globe https://t.co/2Bc82BZOIo via @democracynow