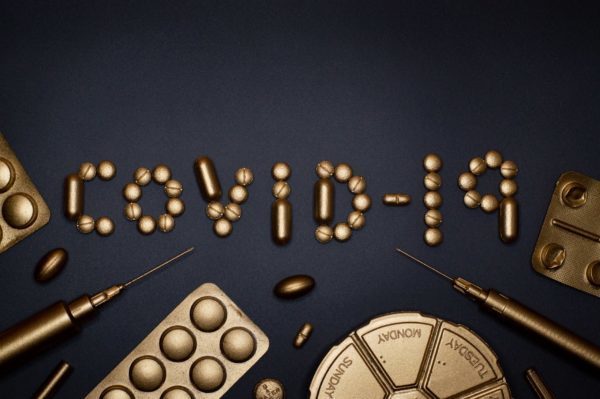 There is a lot of doom and gloom being pedalled by most mainstream media outlets about the effects of coronavirus and how long this pandemic may last. A coronavirus cure seems to be months, perhaps years away.

The situation is quite serious with the disease seeming to be particularly deadly for the elderly and people with preexisting conditions. With that in mind, the practising of social distancing is responsible, necessary and makes plain common sense.

The situations in China and Italy in particular have given rise to a great deal of panic and alarm within our society and this panic and alarm is being fanned by certain elements within the media, who seem to be feasting on the misery and pain.

There is considerable focus on the negatives and we are told by and large that a vaccine is at least twelve months away. The talking heads across the world prognosticate and speculate as they always do- hovering over worse case scenarios like the ghouls they are trained to be. Fear get’s eyeballs on pages and TV screens and there’s nothing like a good Pandemic to create fear.

There is no cure, they assure us with their carefully crafted words and we are supposed to accept this unquestioningly, bow down and wait for the appointed messiah to deliver a vaccine (most likely Bill Gates and the WHO).

It is a depressing scenario.

Made all the more depressing by the lack of reporting on what may be an effective treatment of Covid 19.

There are a number of prescription drugs that are used to treat other conditions such as Malaria and HIV that have shown very promising results in clinical trials in France, Australia and the USA. I find the lack of reporting of these trials by mainstream media and left leaning MSM outlets in particular curious to say the least. If I were a cynic, I might think that they were barracking for COVID 19 to take down the Trump presidency, but I’m sure that’s not the case. No one could be that cynical – or could they?

I first became aware of a potential Coronavirus cure about ten days ago when I viewed an open label non randomised clinical trial in France The trial was small but had a 100% success rate using a combination of hydroxychloroquine and Azrithomycin.

Hydroxychloroquine is a drug commonly used to treat malaria symptoms , lupus and arthritis while Azrithomycin is an antibiotic used to treat a number of bacterial infections.

The sample size was small but the results at least seemed promising. I wondered at the time why there was not much reporting of this promising development, but have come to expect a mindless mentality with mass media where they all repeat the same message. There is no independent thought and very little investigation. They are largely reliant upon being spoon fed by press releases. So, they can perhaps be excused for missing the report.

Shortly after this, I became aware that the Trump administration had fast tracked trials in the US on not only the above combination but a related drug called Chloroquine. For some reason that still baffles me, Trump’s statement that the trial could be a gamechanger was either greeted with derision and scorn by the talking heads and blue check marked twitterati that feel it is their duty to tear Trump dowm on everything or ignored totally.

You would think some things are above politics, but not so apparently.

Of course, Fox news followed up on the developments and actually interviewed a doctor who had been treating patients with a combination of Hydroxychloroquine, Azrithomycin and Zinc. His results were more than a little encouraging.
His results were -:

These results are very encouraging to say the least and are further supported by news that Australian researchers at the University of Queensland were reporting success with hydroxychloroquine and with a HIV treatment drug. Interestingly, Chinese patients being treated for Covid 19 actually showed the researchers the treatment “being used overseas.” This development has been followed by the news that a clinical trial has been announced today in Australia

While medical people and scientists are being typcally and understandably cautious about the potential of these drugs, there does indeed seem to be strong evidence that something good may be developing and a cure for Coronavirus may be around the corner.

These developments seemingly coincide with President Trump’s aspirational wish to have the USA “open for business” at Easter. His comments have been greeted with the usual scepticism that most of his statements are greeted with by Mainstream Media and if he was to achieve his aim, he would have to have very strong evidence to support his move – otherwise he would be committing electoral suicide.

Trump is not by any means a career politician. He is a crash through or crash individual who backs his own instinct. If push comes to shove, you can bank on him moving whatever obstacles are in his way to make these drugs available as a treatment for coronavirus.

Is this a cure for coronavirus? I suspect that it may be only a matter of weeks before we find out for sure, but the potential for a cure seems high. Hope is sometimes all we need.