What really happened to Diana Spencer? 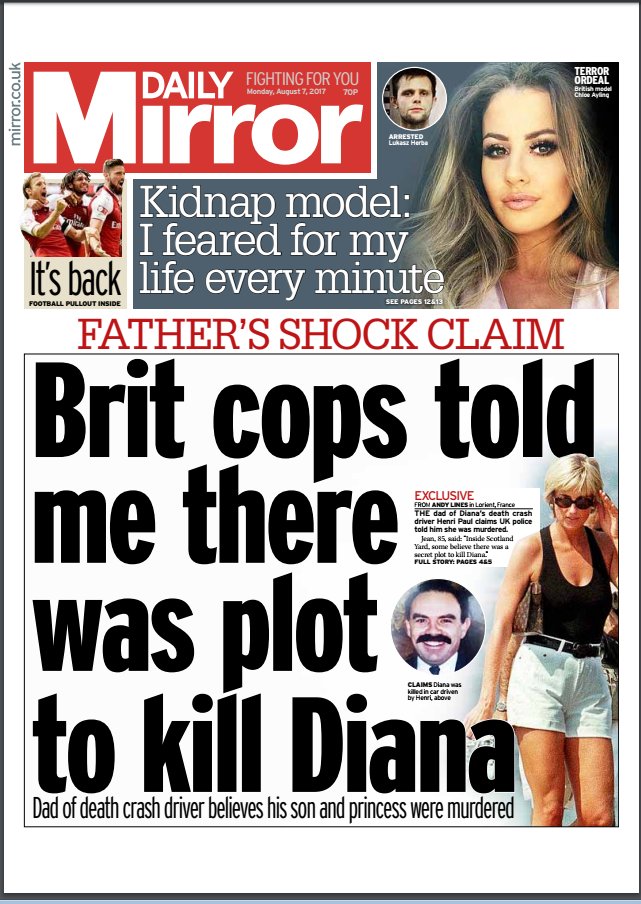 Diana Spencer is, to my mind, a great enigma. A young girl thrown in at the deepest of deep ends and expected to swim amongst a school of sharks. She was no shrinking violet and became quite a thorn in the Royal family’s side.
I’ve read the theories about her death being planned and organised by MI6. I’ve never gone down that rabbithole the whole way. Suffice to say, I’ve always been impressed by Mohammed Al Fayeed’s determination to find out “what really happened” that fateful night and suspect that he is probably right in at least some of his suspicions.

The trouble with researching the death of Diana Spencer is that her memory still sparks strong emotions among many people. To start digging around the official narrative is likely to create a lot of polarising opinon and facts seem to matter little when it comes to the Royal Family. You either love them or loathe them. So, I tend to keep my distance.

While searching for something else entirely, I came across this intriguing document written allegedly by a former KGB agent. The document itself is quite long and is worth a read as it details specific assassination methods among other things.

Towards the end of the essay, the writer examines a number of high profile deaths and proceeds to take apart the official narrative on each one. He concludes that Diana was indeed intentionally killed, not by MI6 but by the CIA. The reasons stated coincide with some areas of personal interest to me and I’m intrigued by the stated motive.

Rather than go into thousands of words deatiling his finding I made this short video that goes over the key points. It isn’t proof of anything, but it does raise some very intriguing lines of enquiry.