Do Australian Politicians Fear The Downfall The House Of Clinton? 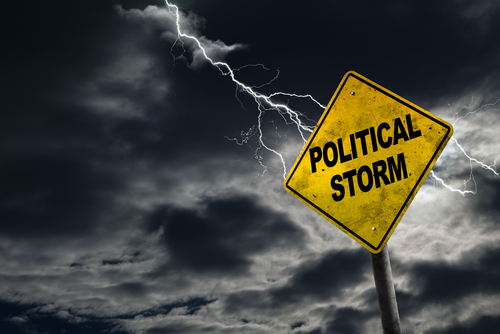 The question, for me, has always been why when there was no practical reason to do so?

Australia has a solid history of providing overseas aid to a variety of countries.  Prime Ministers like Fraser and Whitlam championed the provision of targeted aid to third world countries, by and large making a pretty good fist of it.  Foreign aid makes sense when it is made ethically and is targeted not only to provide relief but to give a hand up to struggling nations.  In a political sense, it’s about as sexy as hessian underpants but, most ethical foreign policy decisions are.

The Clinton Foundation on the face of it made foreign aid “sexy.”

Politicians want nothing more than headlines.  2006 was a different time, particularly here, in Australia.  The Clintons were portrayed as the modern-day version of the Kennedys.  The press here loved them (elements still do).  Radio talk show hosts gushed over Bill’s presence and you could already hear the drums beating that Hillary would be the first woman president of the USA.  To bask in the glow of their presence was to garner favourable headlines.

Deals were signed and it appears in some cases tender documents may have even been backdated to give the appearance of being above board.  This has resulted in a formal complaint being made to the FBI and from all accounts, it is being actively being investigated.

Alexander Downer set the ball rolling.  He was followed in due course by Kevin Rudd, Julia Gillard and Julie Bishop.

Now, if the chain of events is true and correct there is only one question that I want answered.  That is -: were our politicians easy marks or willing accomplices?

Honestly, I don’t know. I have little respect for any of the politician’s named and  regard all of them to be vulnerable to the lure of the Clinton “glamour.” I don’t necessarily subscribe to them being dirty, rather little leaguers trying to play in the big league.

It seems to me far more likely that Bill, in particular, could charm patsy’s like Downer and the terribly narcissistic Rudd to cut a few corners to expedite things.  Gillard’s arm would have been Hillary’s to twist, invoking all the sisterhood faux feminism hot buttons that Hillary has used throughout her political career.  Bishop, I’m not too sure on, but up until November last year everybody in the Australian government was “looking forward” to Hillary Clinton becoming the 45th US President. It simply could have been a prudent judgement to “not rock the boat.”  If so, those chickens may be coming home to roost.

At the time of writing there are currently 10 investigations looking into the Clintons and associated matters.  Most of these investigations are flying below the radar.  They are ongoing and the crimes committed are real. It is a matter of time before these under the radar matters surface into the broad spectrum of public opinion.  The House of Clinton could be about to fall.

When they do, plenty of politicians, and officials from all over the world will be ducking for cover.  Australia will be no different.  The surface has been scratched and a rabbit hole found.  All we need to know is how deep does it go?  And what will the fallout be?