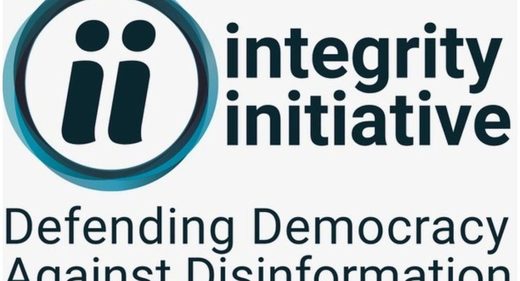 Regular readers will know that I have a deep abiding mistrust of “mainstream” media, it’s sources and the narratives it runs.

It wasn’t always that way.  For much of my life I’ve had a deep respect for many news institutions.  That respect has gradually ebbed away as the MSM has continually failed in its core responsibilities which I see as twofold.  These are

Sadly, I cannot name one MSM (let’s call them what they are -legacy media)outlet that lives up to those core principles. There are a couple that still pretend to, but when you scratch the surface you see the same orchestrated and carefully crafted narratives.

I started to mistrust the media when the weapons of mass destruction hoax widely pedalled by all commentators and pundits from all media outlets was exposed to be the lie that it was.

The game is pretty simple – control the narrative for the powers that be.  When confronted with opposition use tools of smear to discredit.  These blunt instruments are used to meld public opinion to a predetermined end.  Variously they can be “racist,” “sexist,” “misogynist,” ‘”homophobic” “extreme right wing”(which is used to encompass everything from  protectionism to traditional christian values, through to pro life groups), “hate speech,” “Islamophobic” and multiple other isms or phobias.

Ultimately debate is throttled by limiting its terms and framing the narrative so that only one conclusion can be drawn.

If you don’t believe me – consider the case of Julian Assange.

Legacy media loved him right up until the day he started to embarrass the people they were figuratively in bed with. Then a new narrative emerged.  Assange was a dirty, bail jumping rapist who was working for Putin.  None of that actually bears up to scrutiny, but MSM establishment sycophants don’t care.  Assange must be neutralised and ostracised to enable his silencing.

As Mark Twain once famously said, ” A lie will travel halfway around the world while the truth is still putting its boots on.”

Legacy media operators know this and they constantly make hay with it.

They actively foster and cultivate Trump Derangement Syndrome by running with any negative report from dubious sources and have no problems issuing retractions 24 -48 hours after the damage is done.

The Trump/Russia narrative is the most obvious disinformation campaign, but it isn’t the only one.

For a long time, I believed that the disinformation campaigns were desperate attempts to remain relevant to decreasing audiences.  I was naive.

Revelations from multiple sources have now revealed that legacy media has been seriously and perhaps irreparably conflicted by shadowy and dubious entities.

Once you become aware of the links between legacy media and these corrupt forces, you start to see the news in a whole new light.  In fact, most”news” that you see printed in newspapers or see on TV isn’t worth a pinch of goat’s piss.

All media outlets have an audience that they need to cater to.

In this country Andrew Bolt and Allan Jones cater to one audience, while a group of leftist ideologues cater to another largely through the opinion pages of the Age/Sydney Morning Herald and the once independent ABC.  Neither group is interested in finding common ground – they perpetuate stereotypical myths and reinforce preexisting biases.  Lovers of either group will be in furious agreement with half of that last sentence.  The ABC loves portraying One Nation, National Party and several independent supporters as “extreme right wing” racists.  Bolt, Jones and their ilk portray ALP supporters as brainless commie sympathisers.

That isn’t by accident – its by design.  Divide and conquer.  Identify the enemy as the guy with either a flannelette shirt who drives trucks for a living or the weird pink haired person of non discriminate gender who hugs trees on weekends.

Right now, though the CNN/ New York Times/MSNBC  side has serious credibility issues.  These are all of their own making.  The most notable example of this is the recent reporting concerning the Covington school kids that were alleged to harass a “Vietnam vet” and native American man.  Media identities gleefully piled on, doxing and vilifying a group of kids based on some selectively edited film.  The fact that some of the kids were wearing MAGA hats and had attended a march for life rally made it all the better.

When a full video emerged, the picture of what had occurred became less clear.  It quickly became evident that the criticism, shaming and calls for violence against the kids, their parents and school could not be justified.  The media response was remarkably muted until a prominent lawyer stepped forward and offered to take legal action against anyone who had falsely reported and commented on the story.

Then, the legacy media soldiers went into full retreat mode.  Tweets were deleted.  Apologies made and justifications for their rush to judgement printed.  But the damage in many ways had already been done.  A lie, remember, travels half way around the world while the truth is still tying up its shoes.

The Fallout Has Begun

Today approximately 1000 “journalists” lost their jobs at media outlets that have been big on sensationalism and kind of short of facts.  Buzzfeed, the Huffington Post  and several other outlets have cut staff numbers.

Many journalists have received responses telling them to learn to code.  This is a not too subtle reference when MSM journalists were smugly repeating the Obama’s administrations line that coal miners would simply have to learn how to code to take advantage of the “new economy”

What goes around comes around.

Where to Source News.

There simply is not a single mainstream media outlet anywhere that can be trusted.

There are however, a number of freelance journalists and commentators who dig further and provide great commentary.  I source information from a wide spectrum of commentators and analysts.

Disobedient Media, Jimmy Dore, Caitlin Johnstone, Suzy Dawson and Lee Camp can be relied on to give honest analysis from the left’s perspective.  From the right, I source commentary from Brian Cates, Tracy Beanz and Cassandra Fairbanks among others.
If you want entertaining, informative news analysis, I recommend all these people.

On the other hand if you like being gas-lighted or enjoy having your current perceptions of the world reinforced, choose the mass media channel that suits you. Sleep has its own rewards I guess.