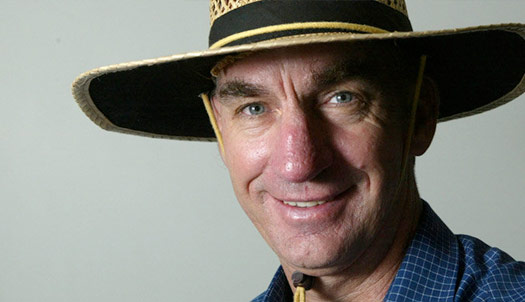 Sports Journalism is a disgrace

I love sport. It is a crying shame that it is reported on and commentated on by a group of people who have the analytical capacity of twelve year olds.

There are exceptions to the rule.

I used to love Peter Roebuck‘s commentaries on a day’s play in the cricket.  Roebuck was a very good journalist who went beyond painting  a picture of the battle between bat and ball.  He appreciated the guile of Shane Warne, the lethal threat of  Ambrose and  Marshall, the brutal power of Viv Richards and the sublime grace of Tendulkar, Gower and Mark Waugh.  Roebuck had a deep love for and understanding of the game and its players.  This allowed him to combine his technical appreciation for the finer points with the very real humanity of the players.  It made for some wonderful copy.  Some of Roebuck’s finest work was done in relation to the political machinations done behind the scenes.  Particularly in India and Zimbabwe and it’s fair to say that his articles made him a few enemies over the years.

Roebuck loved the game but he never became a sycophant that could be easily manipulated.  I often wonder about his premature death…but that’s another story.

The truth is that sports journalism has very few quality journalists.

The late Richie Benaud, Johnathon Agnew, Gerard Whateley and Alf Brown are four that I can confidently say deserve the title.  After that there isn’t much (Possibly Tim Lane and his daughter, Samantha).

In Australia we have witnessed the ongoing ASADA investigation into the Essendon Football Club’s use of performance enhancing substances. To this day we do not know if they were illegal or otherwise.

AFL football in this State particularly is a very emotive subject.  Lots of people define themselves by the football team that they follow.  “Journalists” are no exception.  The reporting of the situation quickly dissolved into cheerleading for either Asada or Essendon.   Mark Robinson – the Herald Sun’s “man of the people” (I mustn’t be a person) is a case in point.  He was appalling in his near crazed  sycophantic defense of Essendon and their golden boy coach James Hird.   While, at the other end of the spectrum Caroline Wilson at the Age couldn’t restrain herself from crucifying Hird and Essendon on a cocktail of rumour, innuendo, gossip and facts that didn’t actually prove anything.

It was a feeding frenzy.  I guess it sold a lot of papers, but there wasn’t one objective analysis of what remains a complex sordid affair that cuts to the very soul of a sport loved by many.

A ray of hope

I loved Sam Lane’s little piece in The Age today saying why WADA’s appeal is a good thing for clean sport.   It’s the first piece of objective analysis that I’ve  read on the entire subject.

A little beacon of hope in an otherwise murky field of shoddy, lazy reporting which at its worst is brazen barracking.

Australian Rules Football journalism is plumbing depths only reached previously by Channel Nine’s hopelessly biased cricket commentary.  Nine’s  blokey nudge nudge wink wink double entendre might amuse Year nine schoolboys. However, it does not inform or amuse me.
It’s time that more sport’s people  called sports journalists out for being what they by and large are.  That is  lazy sycophantic hacks that are far too easily manipulated by interests (sporting bodies or clubs) that want their own spin put on situations.