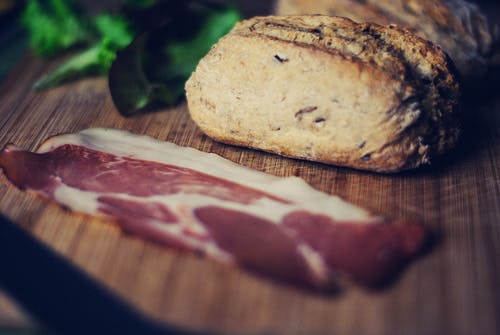 At first I thought this speciesism thing was a joke.

There is an article in The Independent quoting academic Shareena Hamzah from Swansea University.  Ms Hamzah foresees a time when the use of traditional idioms like “bring home the bacon” will be taboo.

I laughed, and shared the article on social media without a second thought.

It was obvious nonsense or so I thought.

PETA have just released an outrageous piece of bullshit.  And it is bullshit as I’ll demonstrate below.

Words matter, and as our understanding of social justice evolves, our language evolves along with it. Here’s how to remove speciesism from your daily conversations. pic.twitter.com/o67EbBA7H4

I find that offensive for a number of reasons, but that’s OK.

First and foremost I’m sick and tired of this absolute assault on my language by entitled single cause organisations who simply believe that everyone should operate ( I can’t say think) on the same level as they do.

Language has evolved over thousands of years, it will continue to evolve naturally if we allow it.  Forcing people to dumb down the language, so as not to offend a fringe group is 100 percent bat shit crazy.

I could live with that if that’s all it was.

But this attack on language is driven by a education system that seems to be hell bent on dumbing down the language so that no-one ever gets offended.   I’m sorry – being offended is part of the human condition.  Learning to cope with views, thoughts and speech that doesn’t agree with our own is part of becoming an adult.

But we simply can’t offend anyone – ever – on anything.  Unless they don’t agree with us on politics – then they aren’t human anyway and fair game to the legions of thought zombies that have been molly coddled into a world view that is sheer fantasy.

Which leads me to the rather disturbing end game of this brave new world that PETA and all the other easily offended single cause groups want to usher in.

PETA proclaim themselves to be lovers of animals, but only certain types of animals apparently.

These brave myopic crusaders against speciesism actually kill thousands of animals per year.  They snatch people’s pets from family homes and poison them.

Why?  Because certain species don’t fit the brave new world that PETA want to usher in.  This organised elimination of breeds that offend the sensibilities is apparently at the very heart of the PETA program.

These people are stupid and dangerous.

I’ve run into this mentality repeatedly from various myopic individuals in social media.  Invariably they seem to have an  extreme leftist philosophy. They treat me as if I was Hitler’s first born and I see myself politically as a little left of centre.

God help us all if any of these idiots ever assume power in any real way.