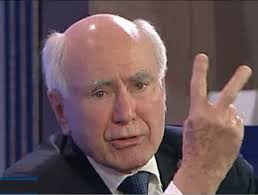 I loathe a scorched earth country.

A land that obsesses over a former cricket captain’s hurt feelings because a journalist called him out on the culture he fostered.

Who gives a flying fuck?

Australia apparently, because you know, Michael Clarke is really important because he once made a triple century against a weakened attack in Sydney.  He’s also famous for threatening to break a rival’s arm.  Clearly he is important to an Australian psyche that has little to hold onto in terms of individuality other than jingoistic sporting achievements.

This is the land that was told a week ago that the Australian Government led by the “greatest living conservative Prime Minister” (to be fair, its not exactly a stellar field) had committed to invading Iraq with the United States a full year before they deemed it necessary to inform the Australian people that they were compelled to support the United States in this “necessary” duty.

Besides causing all sorts of logistical problems for the Australian armed forces this cloak and dagger secrecy should be seen for what it is.  Cold blooded treachery of the Australian people by a government obsessed with licking the boots of George Bush Junior and his gang of Neo-con warrior thugs.

But no one gives a shit.

That’s the way it is – we are a doormat for whatever imperial power would like to wipe their feet on us. (Thank you sir, can I have another?)  It has been ever thus, you can trace our “leaders” grotesque snivelling all the way back to the Boar war and beyond.

We accept it; we wave our flags, slap each other’s back and thank whatever deity we believe in that we live in a “free country.”

And the rot eats away at the very fabric of our nation’s collective soul.

It chews and gnaws constantly, eroding the last remnants of conscience and integrity as we march onward into a devastatingly bleak future that is overwhelmingly drab, and grey.

We have been conditioned to think free trade is necessary, all the while kissing our manufacturing base goodbye and consigning vast amounts of our countrymen to itinerant labourer type jobs for ever.

We welcome ever increasing layers of security, because we have nothing to hide, not today anyway, when we can still speak reasonably freely.

We accept the confines of political correctness, and become increasingly triggered by people who dare to speak political heresy.

We have become pale imitations of ourselves, disinclined to think, afraid to speak our mind and eager to be administered small doses of feel good juice by the media and government.

But we are free – the greatest living conservative Prime Minister said as much this week when he said “the idea that other countries should micromanage our foreign policy, I don’t think people would find that acceptable.” The mean little hypocrite actually said that.  He, who couldn’t wait for America’s command to jump higher and higher in Iraq and Afghanistan but didn’t feel compelled to inform the Australian people of his plans.  What a grub.

But we are free – so long as we don’t step on our big brother’s toes.  Than we are quite literally on our own – ask Julian Assange.

Right now Mr Assange is facing the very real threat of being extradited to the United States on trumped up charges of espionage simply for publishing the truth.  The complete and utter disregard for his parlous circumstances by successive governments of all persuasions is a national disgrace.  And yet most Australians do not know even the most basic facts about his situation or the governments disregard for his plight.

The media don’t talk about it in any honest fashion – most of the left leaning journalists hold Assange personally responsible for Hilary Clinton’s abject failure in the US presidential election and many right wing journalists believe Assange to be a “threat to security.”

Australians slumbers on, convinced that they are living in “the lucky country,” where everyone gets a fair go.  They are dreaming.  Time is running out to wake up, before the dream turns into a nightmare.

Julian Assange may be the first – he certainly won’t be the last.

I love a scorched earth country, a land of sleeping brains.