What is going on in Paris & why won’t the media show you? 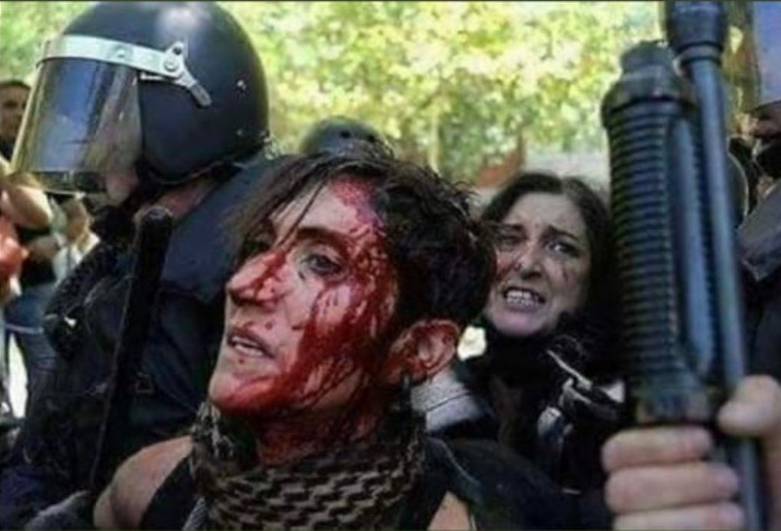 Despite the media’s best efforts to ignore the situation, it is obvious that Emmanuel Macron is in deep shit and it is all of his own making.

This arrogant little twerp who is alleged to have proclaimed himself to be Jupiter has lost the people of France and his reactionary actions betray him as the fascist dictator that he would label others to be.

You may remember that Macron “emerged from nowhere” and swept to power driven by favourable media coverage and a trough of money.  It isn’t all that difficult to reach the conclusion that Macron was chosen by the powers that shouldn’t be to “save” France from the “far right” alternative of Marie Le Pen.

What amazes me is that Macron has weaponized his police force against the people of France with the tacit approval of mainstream media.  If I didn’t expect it, I would find it hypocritical, but it is obvious that Macron is one of the”chosen ones” – checked, stamped, sealed and approved by the propaganda machine that feeds us our daily dose of fantasy.  He is a puppet, who will faithfully stick to the preordained script.

I have already seen MSM “journalists characterise the uprising in France as the work of the “far right.”  By some trick of sorcery the far right is now anyone who belongs to the working poor or the middle class and dares to speak against the narrative – a narrative that is spun to demonise free thought and independence.  The story is wearing thin.