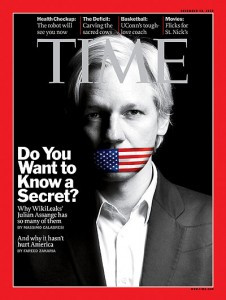 The Australian media seems transfixed by events unfolding in the United States. Seemingly addicted to propaganda mainstream outlets like CNN and the Washington Post, they bay for Donald Trump’s blood. Surely, they surmise, the people will not elect him again.

This narrow focus sells copy. It won’t change a vote in the United States where the election will be determined largely by independent voters. Most of whom never watch CNN or read the Post (or New York Times for that matter). I suspect that come November many of these Australian political pundits will be pulling their collective hair out as they come to terms with another four years of Trump, MAGA and political incorrectness.

There wont be a thing that they can do about it. Trump and his followers give little credence to any of the media outlets I’ve mentioned. Even less to a bunch of smug righteous superior Australian “journalists” watching from afar.

The Australian media pack are a dedicated mob of narrative managers. They frame the news to suit their imagined audience. Trump’s rise is as incomprehensible to them as the ALP’s loss of the last election. There is fretting about “dangerous shifts to the right,” “Russian interference,” “racism,” and “misogyny.” Most of it is white noise – the result of a deep seated anxiety that nobody is listening to them anymore.

Make no mistake. The Australian media has a deep seated, near pathological hatred of Donald Trump.

They will do almost anything to cast his actions in a negative light. To be fair, The Donald gives them a fair amount of ammuniton – which they use to fire at will at him.

There is one thing that the Australian media refuse to do. Ironically, it is perhaps the only thing that could have an impact upon the Trump administration. It is Trump’s achilles heel. It is the treatment of an Australian citizen.

His name is Julian Assange.

At the time of writing 407 days have elapsed since Assange was arrested for a bail violation. He is enduring a show extradition trial in the UK. It is a show trial – the result is a foregone conclusion.

The show trial of Julian Assange

Most inmates awaiting trial in Britain’s notorious Belmarsh Prison have been bailed for fears of contracting Covid 19. Assange has not. Covid 19 is, apparently, not a risk for political prisoners like him. The Australian media appears unfazed despite him suffering a serious lung condition. Assange’s problems don’t end there.

The presiding judge in the extradition case has insisted that Assange be kept in a glass cage while evidence is heard. Even the US prosecution team had no objection to him sitting in the court where he could have access to his counsel. The judge would not allow this basic right. The media has been largely silent on this matter. One could imagine the outrage if one of their own was in a similar situation.

Similarly, supporters of Assange including John Pilger have alerted the world to the fact that Assange is being denied reasonable access to his lawyers while in prison. That’s not a problem either apparently.

As far as the Australian media is concerned Assange can rot in Belmarsh. I suspect they would prefer to see him dead. Why is that?

In 2011 Julian Assange won the prestigious Walkley Award for outstanding contibution to journalism. The win created quite a bit of controversy among “real journalists.” After all, he wasn’t a real journalist in their eyes. He was an outsider and a maverick. He hadn’t spent years at university learning how to think like a journalist. The bastard just published stuff that happened to be true. It was most upsetting. Knives started to sharpen then.

When Julia Gillard sold Assange down the river claiming that he had committed serious crimes, very few sprung to his defence. When rape allegations surfaced in Sweden, they fell upon him like rabid dogs. Only a few independent voices bothered to check the facts of the matter. The die had been cast. Assange’s reputation took a serious battering. Many would be supporters went cold. He was fair game.

In the eyes of the media, Assange’s bigger crime may have been the part he played in the notorious Cinton emails. It was one thing for him to publish collateral murder, quite another to show Hilary Clinton to be the corrupt individual that she is. Clinton was their girl. The embodiement of latte sipping leftist, virtue signalling self validation. She would break the glass ceiling of all glass ceilings. Its symbolism was beautiful.

The problem was that she was politically tone deaf, corrupt and disliked by large sections of the populace. When WikiLeaks published the emails that came into their posession all hell broke loose. The ascension of Queen Hilary was cruelly thwarted.

They blamed Assange. If there was nothing in the emails, there would have been no problem. There was obviously something there. I’ve read them. There is.

Hilary lost and mainstream media lost their mind. They haven’t got it back. They hate everybody who contributed to the loss. Jill Steyn, Susan Sarandon, Bernie Sanders (didn’t do enough apparently) and a cast of thousands who didn’t know what was good for them. Most of all though they hate Julian Assange for having the balls to do what they would never do. Publish dirt on the Clintons.

When it comes to choosing Assange or Trump, the Australian Media choose Trump.

If Australian journalists really wanted to throw a spanner in the Trump administration’s works they could. It would be a simple process.

It’s never going to happen without pressure from below. The Australian media haven’t got the guts or the moral fibre to act. They need a fire lit underneath them.

Thank you for taking the time to read about the Australian Media’s weakness in covering Julian Assange.  If you like this short article I’d be grateful if you shared it on Facebook, Twitter or any other platform that you hang out on.
Please leave comments . I read them all.
To support the work I do in this area you can leave feedback,  follow me on Twitter, Medium or Steemit or alternatively fund my independence by becoming a patron or making a crypto donation