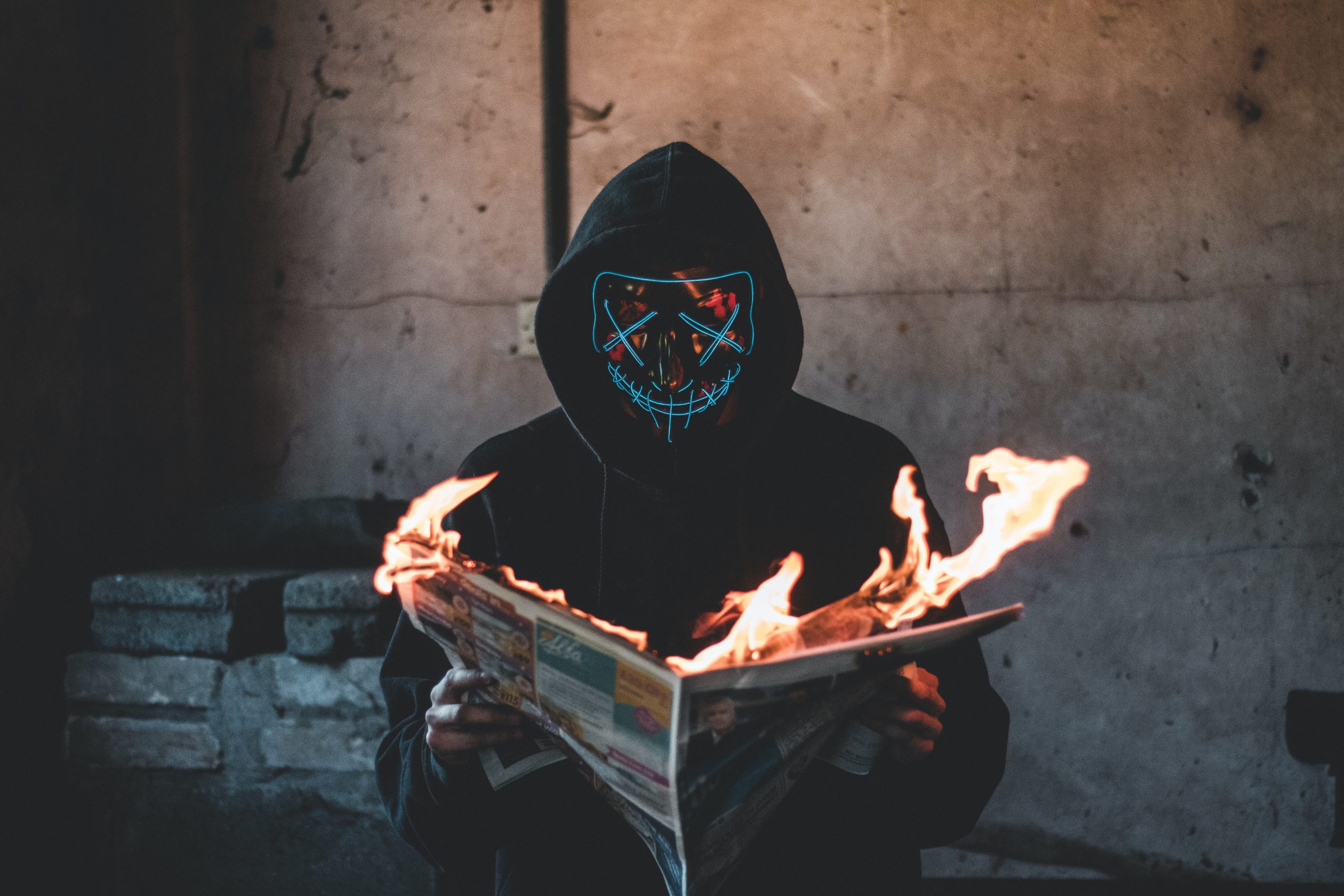 One of the great eyeopeners of the current Covid 19 “crisis” for those of us who still care is the absolute lack of integrity of corporate mainstream media in all Western countries. There seems to be a determination to shape and mould the news to fit a narrative, regardless of facts. Journalism is in crisis as a result.

This blatant carelessness with the truth when coupled with a dogged insistence not to question official narratives is frightening. It shouldn’t surprise anybody who has been paying attention. Regrettably, few people do. We accept dumbed down, lowest common denominator news framed in 10 second sound bites because we’ve become accustomed to it. We trust those who report to us and they lie to our faces.

Never mind the fact that spineless journalists and sychophantic news outlets became cheer leaders for the Iraq war when some casual independent journalism would have unearthed the monstrous lies being told to justiy the invasion of a sovereign nation. Never mind that the same news outlets squeal like stuck pigs when the big bad orange man says nasty things about them, but they say diddly squat about the persecution of Julian Assange or Craig Murray.

It’s all OK. Just don’t rock the boat and we’ll all get paid nice fat cheques to gaslight the populace.

That’s where we’re at.

If you doubt my conclusion, consider these glaring examples of why journalism is in crisis

All of these examples have occurred this year since the virus became newsworthy. To be clear a journalist and a publishing company should meet some fairly straight forward guidelines

For my money, its a simple either/or proposition. Behave like a journalist or disclose your biases from the start.

Where do I start? The media cycle is full of hostile coverage of Donald Trump’s exploits and for very good reason. Love him or loathe him Trump makes good copy. He’s good for ratings and sells newspapers. Trump knows this. He plays the media like a fiddle. All the hostile coverage in the world doesn’t change his standing with those who vote for him – in fact, it reinforces their existing perceptions. The resultant silliness blankets any hope of legitimate questions over policy or decisions making.

Meanwhile Joe Biden, the presumptive DNC nominee for President is having difficulty remembering who his wife is, what position he is running for and who his opponent is. (Biden recently declared that he would beat Joe Biden). There are legitimate concerns about Biden’s cognitive abilities and any real examination of his fitness for President would put these on the table. Aside from Fox news (and they’re preaching to the choir), no media organisation apppears remotely concerned.

Former staffer, Tara Reade has accussed him of digital rape. The allegations relate to an incident that occurred in the nineties. Ms Reade has produced corroborating evidence that would indicate that something unpleasant happened to her. The same media who were willing to draw and quarter Brett Kavanaugh on far less evidence have made it their business to smear Tara Reade. I have no idea bout the rights and wrongs of either case. The curious double standards on display barely raise an eyebrow.

Then there is the whole Ukraine/ Burisma Hunter Biden deal. Crickets.

And if you haven’t heard (highly unlikely in Australia) Biden made the statement that you weren’t really black if you voted for Trump. Yes he really did.

Everyday more information is declassified about the origin of the Trump/Russia probe and the arrest of General Michael Flynn for allegedly lying to the FBI. Serious questions need to be asked about the Obama administration. Were they actively using intelligence agencies to spy on a political opponent? Did they break the law? Who knew?

Any reasonable examination of the evidence so far released would lead to a journalist with a nose for a story to be all over it. Aside from Catherine Herridge, John Solomon and Sarah Carter noone in mainstream media seems remotely interested. Left leaning journalists Glenn Greenwald and Aaron Mate have been left to sound the alarm.

This is potentially a bigger story than Watergate. The simple fact that 80% of legacy media refuse to cover it is frightening evidence that fearless journalism is in crisis. Too many outlets now see it as their job to frame the narrative rather than report the news. Democracy is the loser.

There’s an independent journalist whom I follow on Twitter, who’s motto is “The capital you function on in news media is TRUST. You lose some of that every time your readers/viewers figure out you sold a lie to them.”

Apparently those in mainstream media either missed that day in journalism school or have no idea what it means. There is no other explanation for two blatant misrepresentations of fact during this Covid 19 crisis.

Firstly CBS substituted footage of an overcrowded Italian hospital for a New York hospital. Once exposed as fraudulent, they merely apologised and excused themselves for making an “editing error.”

Not to be outdone another , CBS outlet arranged for a fake crowd of patients lining up at a hospital to be tested for the virus.

You can’t keep on doing this and expect that the public will continue to trust you. The media have sewn the wind – the whirlwind is coming. It s there’s to reap.

In ordinary times, legacy media are little more than stenographers who work off press releases. In times of crisis they willingly give up what little independence they have and become government mouthpieces.

They now have form for this dating back to 9/11 at least.

I wasn’t overly surprised when the Victorian Government announced that modelling predicted hundreds of thousands of deaths in Victoria without government intervention, it was repeated ad nauseam and without question. Journalists refused to ask simple questions like:

Information passsed on without question. That is journalistic malpractice.

The press is meant to be one of the checks and balances that guarantees democracy. Sadly it has become little more than an echo chamber for its corporate masters. Journalism is in crisis and democracy is the loser.

Thank you for taking the time to read journalism is in crisis.  If you like this short article I’d be grateful if you shared it on Facebook, Twitter or any other platform that you hang out on.
Please leave comments . I read them all.
To support the work I do in this area you can leave feedback,  follow me on Twitter, Medium or Steemit or alternatively fund my independence by becoming a patron or making a crypto donation