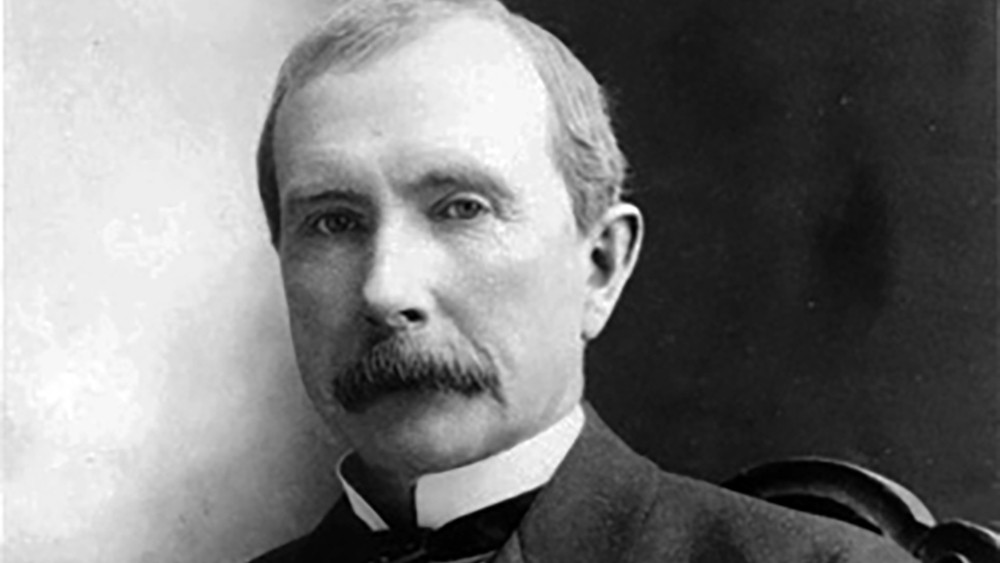 At first glance, philanthropy appears to be a noble practice. It often is. Particularly when done at a local level. Philanthropy becomes dangerous when it is used to gain control over an industry or cause. Alternate philosophies, practices and businesses are squeezed out. This leaves the philanthroper and their chosen beneficiaries in control.

This trojan horse philanthropy is not mere conjecture. There are numerous instances of the practice in the last century. Today, countless foundations, charities and trusts enjoy the benefits of positive public relations, tax free status and an almost complete lack of scrutiny. Some of these institutions are undoubtedly operating with the best of intentions. Others, not so much.

To understand how the philanthropic trojan horse works, it is perhaps best to look back at some examples in history first.

John D Rockefeller had a PR problem before anyone had heard the term. Head of the Standard Oil Company in the early nineteen hundreds, Rockefeller amassed a huge fortune. The company’s influence extended across the globe and its ruthlessness won him few friends. The extent of his wealth was unimaginable to the common man. He, like all oil barons of the time came to be despised by ordinary people. Reportedly he was inundated with requests for money which were ignored.

Arguably, he was the most hated man in the United States at one point.

Something had to be done. Rockefeller hired a consultant to improve his image. This action gave birth to the public relations industry in the process. Shortly afterwards, Rockefeller could be seen on movie theater screens handing out dimes to “random” people. Out of the goodness of his heart of course.

While this somewhat tokenistic practice helped to soften his image, Rockefeller needed something big to swing public opinion in his favour.

The Rockefeller foundation was created. Rockefeller’s first step was to make a substantial contribution to the establishment of the University of Chicago.

This foray into education saw Rockefeller form an alliance with Andrew Carnegie and the Carnegie Foundation. Together, they contrived to essentially fund the education system in the United States. This funding came at a price, notably control of the curriculum. Classic education subjects were eschewed in favour of subjects that would prepare the populace for work in the system that was already taking shape within the new oil driven economy. They wanted people smart enough to operate the machines, but not smart enough to question their place or lot.

They had more profitable philanthropy to do.

Particularly in the area of medical research. The Rockefeller Institute of Medical research was established. Its influence was undeniable in erasing traditional homeopathic and naturopathic practices from the professional medical world. Pharmaceutical treatments became the new norm. Not unsurprisingly, the Carnegie and Rockefeller Foundations had their grubby prints all over the emerging pharmaceutical industry.

Do you see how this works?

Philanthropic trojan horses of today are easy to find.

Scratch the surface of many major trusts, foundations or pressure groups and you are going to find some disturbing questions.

Philanthrophy is alive and well. The Trojan Horse is too. Let’s look at some of the obvious cases.

The Kochs really took the Rockefeller model and moulded it to their own ends. Determined to forge a strong conservative movement in the USA, The Kochs poured money into the apparent grass roots Tea Party movement that changed the face of the Republican Party, pushing it to a more conservative viewpoint.

As well as that, the Kochs funded a series of right wing think tanks including the Cato Institute and Americans for Prosperity. There is nothing to suggest that what they did was illegal in any way, but they certainly bought influence through their philanthropic actions.

The Kochs also supported many charitable causes. These included cancer research and the arts. The conclusiont that these philanthropic donations were little more than PR exercises is not an unreasonable one.

Even the most cursory reads of the Clinton emails will lead you to the inescapeable conclusion that the Clinton Foundation was used as a pay for play vehicle.

The Clintons seem to be a special case. As Charles Ortel has forensically demonstrated for years you can’t actually see where the vast sums raised go. In their case they don’t seemed interested in changing the world at all. They simply seem obsessed with pretending to, while milking every last cent they can out of the system.

From an Australian standpoint, I have watched in dismay as successive governments have thrown money at the Clinton Foundation without due regard. Julia Gillard, Alexander Downer (yes that Alexander Downer) and Kevin Rudd all were instrumental in handing over taxpayer money. Independent journalist Michael Smith is one of the few journalists who has persistently stuck to this story.

A leopard never changes their spots. The massive PR machine of Bill Gates would have you believe that Saint Bill is an exception to the rule.

Gates was a struggling software developer with a keen nose for business. In the early days of software development, much of the software was open source and developers readily shared code with each other. Gates was no computer genius. He simply had a hard nosed business mnd and would do whatever it took to be succesful. Whatever it took was copying the code of another computer proram and rebadging it as MS DOS.

From the get go, Gates was in it for himself.

Microsoft’s business practices became apparent in 1998 when the company was charged with antitrust violations. Gate’s reputation suffered greatly as a result. His attitude probably went a long way towards cementing this percrption.

As the new millenium dawned Gates found that he had an image problem.

He established the largest philanthropic foundation in the world soon after.

The impact of the Gates Foundation on health and the World Health Organisation in particular has been profound. His Public Relations department has painted that impact in an incredibly positive light.

But has that impact really been beneficial?

Many on the right see Soros as an architect of decay. The elite left fawn upon him as a patron. Whatever he is, he certainly has deep pockets. Progressive movements like Get Up, Green political parties and specific political movements like Black Lives Matter and Antifa all have benefited from Soros money.

Soros’ influence is almost everywhere. There are exceptions. He has been banned in Ukraine and Russia.

He makes no bones about his political views and has no qualms about spending money to achieve them. US Attorney General Bill Barr raised the alarm about Soros funding progressive attorneys election campaigns.

There are almost always strings attached

The generosity of the mega wealthy and powerful almost always comes with some sort of price tag. If you believe otherwise, I’d like to know where the unicorns are.

Thank you for taking the time to read about Philanthrophy being a Trojan Horse.  Please share it on Facebook, Twitter or any other platform that you hang out on.
Please leave comments . I read them all.
To support the work I do in this area you can leave feedback,  follow me on Twitter, Medium or Steemit or alternatively fund my independence by becoming a patron or making a crypto donation