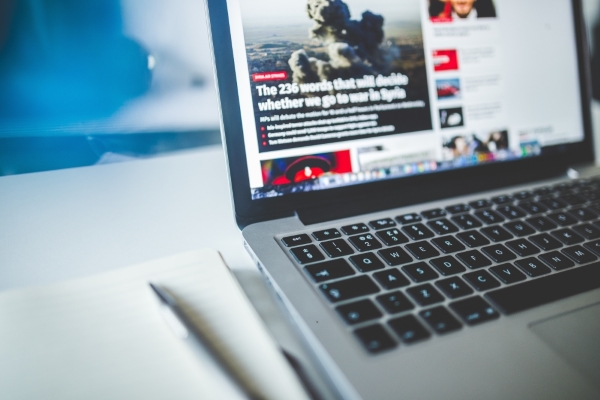 Have you noticed how the media cycle never follows through on a story?

Is that deliberate or is just the news cycle? Or haven’t you noticed? Have you become absorbed in the news of the hour? Do you salivate at the latest contrived scandal/crisis/manufactured outrage? Do you rush to social media to express your disgust/concern/”informed opinion”?

Or do the loose threads left by the media cycle worry you?

Which loose threads have been ignored by the media cycle?

The media’s behaviour during the Trump presidency has been fascinating. Time and again Monday’s scandal trails off into nothingness by Friday. Half the time the president seems to deliberately misdirect them into overreach. Other times the story just goes cold.

A committed media pack would not allow either situation to occur. The media should inform the public of all relevant facts without fear nor favour. A story warrants a follow up story as new facts emerge. Otherwise, people are left with the wrong impression. Perhaps the media cycle prevents follow up. There is a thirst for “breaking news” but no appetite for investigatve reporting. Why do you think that is?

There is an expectation by mainstream media that their audience will accept their reporting without question. They are after all, on a relentless quest for truth. Or are they?

I well remember the day when Judge Sullivan suggested that General Flynn may have betrayed his country. The local ABC (Australian Goverment Broadcaster) couldn’t get enough of it

Flynn’s case disappeared from the media cycle until the DOJ dropped the case. Then, rather than report facts, the ABC and the Sydney Morning Herald/ Melbourne Age (essentially stenographers for the Washington Post) ran with the line that Attorney General Barr had unethically interfered in the case. Any reasonable interpretation of the facts suggested that Barr and the DOJ had no option. The release of documentary evidence surrounding the Flynn case exposed the FBI’s methods as being suspect in the very best case scenario.

The release of this documentation invited a feast of investigative stories. Not all of them were necessarily political. The most obvious one was simply this.

Were the FBI in the habit of forcing innocent people to plead guilty?

Mainstream media had little interest in this line of enquiry. They were more interested in believing the former Obama administration’s statements on the matter despite contradicting evidence. This determination led to another loose end that has never been pursued – except for some right wing news outlets. The question remains.

Did the Obama administration politically interfere in the prosecution of General Flynn?

This question opens a pandora’s box that many MSM journalists appear determined to ignore.

The Flynn case is fascinating. It exposes many questions about the politicisation of American justice. There are always two sides to every case. The media represents the Comey/Obama narrative perfectly. In the interests of balance I suggest that you have a poke around Sidney Powell’s website. She is an incredibly talented and tenacious lawyer. The general made a wise choice when he switched to her.

Hydroxychloroquine in the media cycle

You wouldn’t know it . Hydroxychloroquine (HCQ) has been used safely for decades to prevent malaria. It costs next to nothing and can only be issued under prescription.

From the outbreak of Covid 19 many doctors across the world have prescribed Hydroxychloroquine. Most of the results reported back have been promising. A short list of of hydroxychloroquine trials is available here. There is nothing remotely controversial about any of this.

Until the President of the United States mentions it in a press conference. Then all hell breaks loose. It’s dangerous and untested. If you take it it will kill you.

The media went nuts when the Lancet published a paper stating that Hydroxychloroquine adversely affected patients being treated for Covid 19. The World Health Organisation quickly moved to stop Hydxychloroquine treatments as a result. There was just a hint of gloating, particularly among the left leaning establishments.

A week later the Lancet has issued a retraction. Aside from a few short articles, the media cycle has been too busy to pick up on this. The loose threads that remain waiting to be followed up are

Is there a concerted effort to prevent the use of Hydroxychloroquine and if so by who and why ?

The media seem totally rusted on to the idea that the only cure is a vaccine. Why is that? Why do many in the media dismiss hydroxychloroquine as dangerous when there is evidence that it may be part of the solution? I wonder. As usual I don’t expect any answers to be coming from mainstream media.

Do you remember Ukraine?

What was that all about? The media cycle was all over it. Then, when it hit the US Senate and came to its obvious conclusion they lost interest.

But questions remain. Lots of them . Those questions in particular concern the behaviour of Joe and Hunter Biden.

The media cycle was all over one accusation and not so concerned with the other.

There is still an ongoing US Senate enquiry into the Biden/ Burisma deal. It’s an enquiry that is worth watching if only for the reason that Biden is the presumptive DNC nominee for President. Its progress is largely unkown, apparently lost in the daily churn of “breaking news.”

Detailed forensic investigation takes time. It is painstaking and boring. Often it leads to dead ends. The media cycle does not have the time or the patience to allow for proper investigative work. It has become trapped in an endless pursuit of clickbait headlines. The Trump presidency lends itself to this type of lazy sloppy journalism. He actually uses it to his advantage. Time and again he allows the media to run with bold headlines only to walk back the narrative in the ensuing days. Not only is it embarrasing and humiliating it fails to hold anyone accountable.

The only question for me is this -:

Are stories killed deliberately? Or is the media simply unable to cover them?