Why I believe Trump will win in November 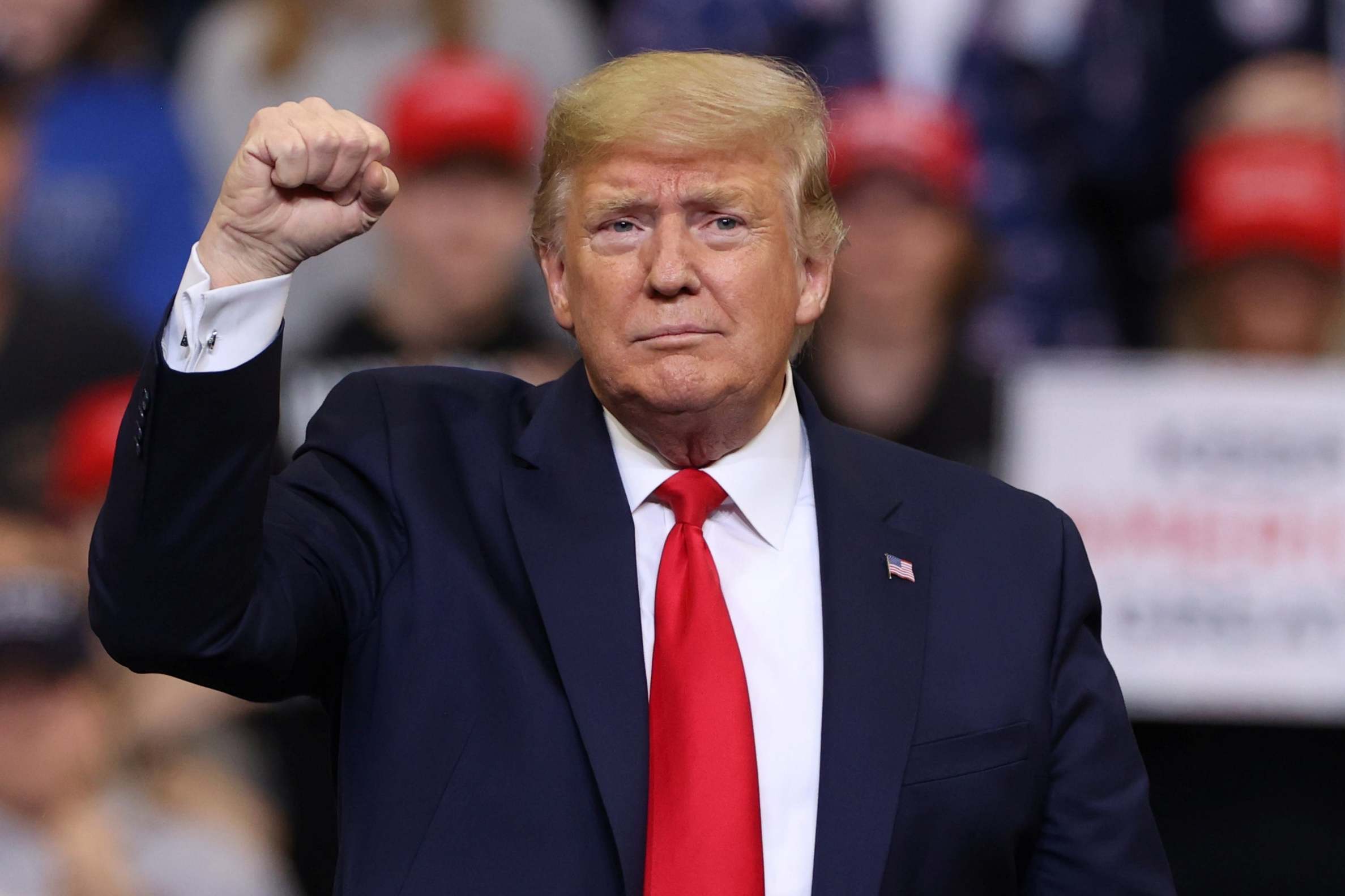 Just three days before the 2016 US election I told a fellow ALP member, “I believe Trump will win.”

He looked at me incredulously. “What about the polls?”

I shrugged and smiled.

“What about the tape of him bragging about grabbing them by the pussy?”

He shook his head. “You’re serious aren’t you?”

“OK then, why do you believe Trump will win when all the experts say that it’s a foregone conclusion?”

I couldn’t put my finger on it. I sensed an anger and a mood for change. There was a definite antipathy towards Democrats by many Progressives. This was partly borne out of the shafting of Bernie Sanders, but something deeper was at play. I shrugged again. “Just a feeling, ” and left it at that.

I turned out to be correct

To be honest I was neither thrilled nor excited about it. To say I believe Trump will win does not make me a supporter. At the time I pretty much subscribed to Julian Assange’s view of the choice presented to the American people.

I figured though, that maybe the DNC would take a long hard look at themselves. Hopefully they would retool and hit 2020 with an inspring leader, some clear vision and policies that would capture the electorate’s imagination. They did, after all, produce JFK.

Instead, the DNC and its vast array of supporters have spent four years partaking in the most hilarious dummy spit in political memory. Well, it used to be hilarious. I’m not so sure now.

All the while, Trump has played the media like a fiddle. Directing them down blind alleys, making them walk back statements and generally provoking them into hyperbolic outrage. He’s either been very lucky or he is a first class troll.

If you believe mainstream media, Trump’s presidency has been a shambles. Yet, prior to the coronavirus pandemic, the economy was booming and the United States had managed not to involve itself in another unneccesary war. That wasn’t too shabby. In ordinary circumstances you would imagine reelection would be a piece of cake.

These are no ordinary times.

Even before Covid 19, Trump was faced with an extraordinary set of events. From day one, the legitimacy of his presidency was called into question by the inference that he was a Russian puppet. Despite constant headlines claiming that the walls were closing in on him, Trump ploughed on, implementing those parts of his policies that seemed possible.

The Mueller probe was meant to finish him but found no collusion. Then he was impeached in a show house trial without a crime being alleged.

No sooner had that circus been despatched by the Senate then Covid 19 arrived on his doorstep.

Throughout his Presidencey, Trump has had to cope with negative press, wild unsubstantiated accusations and constant misrepresentation. Throughout it all, his base has stuck fat. Rightly or wrongly they believe he’s “their guy.” The only time he has been in danger of losing his base was when Julian Assange was arrested. For reasons best known to themselves neither the DNC (except Tulsi Gabbard) or the media have held Trump to account on this.

With all the drama and intrigue there is reason to suggest that Trump is mortally wounded and limping to the election.

I don’t think so.

Here are the reasons I believe Trump will win in November

Seriously, Biden has multiple credibility problems. The most obvious is his seeming dementia. He’s obvious vulnerability is detailed in this article here by left leaning independent journalist Caitlin Johnstone.

Biden has other problems. These include the rape allegations levelled at him by Tara Reade, his apparent general creepiness (which is sure to be used in republican attack ads) and the allegations of corruption swirling around him and his son, Hunter. No amount of protective cover being run by MSM can prevent at least some of the mud sticking.

Biden’s chief asset appears to be he was Obama’s VP. Aside from that he offers nothing and his voting record suggests that he is the classic virtual signalling Democrat that caused Trump’s rise in the first place.

Trump has already highlighted Biden’s record over 43 years with this Tweet.

We can argue all day about the merits of Trump’s tweet but you can expect this line to continue right up until November.

The Democrats are a divided party.

In politics there is an old saying that disunity is death. There is a chasm within the Democrats that seperates the “progressive” left run by AOC and the more pragmatic wing of the party headed by Nancy Pelosi and Chuck Schumer. They hate each other’s guts. Don’t expect this to change any time soon. The Republicans on the other hand, with the odd outlier (Mitt Romney) appear united and focussed.

Rioting and looting in Democrat Cities and States

Peaceful protests are a necessary and valid function of the political process. Rioting and looting are not. It is not necessarily the fault of State Governors and city mayors that a riot breaks out. How they respond determines largely how they are perceived by the vast majority of their own citizens.

You can bet your bottom dollar that a store owner who has had his store broken into and his livelihood destroyed is looking for answers. Releasing arrested looters back onto the street within hours isn’t going to win many friends among that sector. Nor is allowing rioting to continue unchecked in some cities.

Ordinary people don’t spend their lives on Twitter. They’re too busy making a living. They don’t need CNN to tell them what’s happening . They can see and feel it.

Time and again history has demonstrated that riots generally provoke a move to the political right. People want to feel safe. They want to earn a living without fear. They vote for law and order.

Meanwhile, there are Democrat states and towns talking about defunding the police. How do you think that’s going to work out when people cast their vote?

List of cities in the headlines with major riot activity

Trump has offered most of these mayors the National Guard. Many have refused. How is that going to work out do you think?

Former Oakland Raiders Super Bowl star and Republican candidate for Congress Burgess Owens has no doubt that Democrats are starting to panic and the riots will cause immense damage to the DNC base.

Fisa Declassification is Ultimately Why I Believe Trump Will Win In November.

When the impeachment push foundered in the Senate, I wrote an article When you come at the King fully expecting that a full declassification of the FISA applications would be made in days. I was wrong.

Instead, what we have seen is a gradual constant drip of declassified information that suggests that the Obama administration knowingly and willfully targeted an opposition candidate for intelligence surveillance without due cause. Respected independent journalist Glen Greenwald who could never be described as a Trump fan lays out what we know so far here.

I expect the constant drip of information to continue and with each revelation, the truth will become harder to suppress.

None of this makes me a Trump supporter. I simply see the writing on the wall. I suspect many in mainstream media see it also. They just don’t want it to happen and are doing everything they can to prevent it. That isn’t their role. It is the people’s role to decide.

They will in November.

This piece is not meant to be an endorsement of Donald Trump. It is an analysis of the situation and an acknowledgement that the Democrats are a shambolic institution. I sincerely hope that major change occurs within the Democratic Party if and when they are defeated. I also pine for an idependent media focussed on reporting facts and policy differences.

Thank you for taking the time to read why I think Trump will win in November.  Please share it on Facebook, Twitter or any other platform that you hang out on.
Please leave comments . I read them all.
To support the work I do in this area you can leave feedback,  follow me on Twitter, Medium or Steemit or alternatively fund my independence by becoming a patron or making a crypto donation

3 thoughts on “Why I believe Trump will win in November”