The Way The Political Left Was Lost 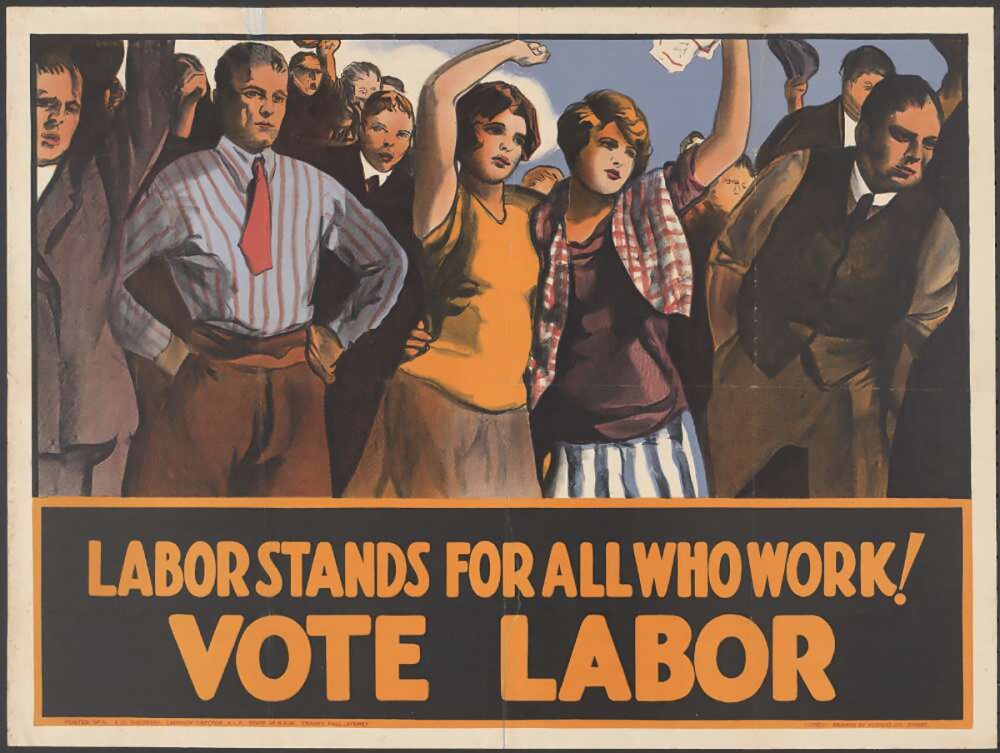 When I was much younger, politics seemed a relative simple argument.  It was working class poltical left versus the establishment  political right.

I know it was never that simple, but to my younger idealistic self, it could be boiled down to that simple equation. – workers against bosses.

Every Western nation had a workers party,   In Australia and Britain, the party was called the Labour Party.  In the United States it was the Democrats.  Once upon a time they could be relied upon to advocate for worker’s rights.  In many respects it was a noble fight.  It wasn’t always just, nor ethical, but at least the parties actually made a pretty good fist of looking like they believed in something.

Those days are long gone.

Somewhere along the line, these parties decided that representing the worker was not enough.  To form government they had to become “progressive.”  Never mind that many progressive values were in direct contrast to those of  common workers.  Forget that working conditions were gradually being eroded.  It was incumbent upon the electorate to get with the program – to become more “liberal” in their views.  Besides- where else would the worker go?  The alternative would only punish the worker more.  Workers were taken for granted.  It didn’t happen overnight.  There was a gradual desertion.

Unions were merged into super unions and lost the all important personal connection with their membership base.  Deals were done, industries sacrificed and working conditions eroded. New enlightened  causes were promoted as the new battleground for the political left to fight conservative forces.

Imagine the mental gymnastics that a Labour party politician has to perform to advocate shutting down an industry in the name of International competitiveness.  Who did they think they were kidding?  Yet they did it, consistently across nations, the parties of the political left betrayed their very base.  This new left movement epitomised by war criminal and millionaire bootlicker, Tony Blair pretended that they had found a third way where their enlightened vision of the world allowed prosperity for all while sucking the toes of bankers and bureaucratic control freaks hell bent on shaping the world into some sort of Orwellian nightmare.

Politicians of all hues tend to take themselves a little too seriously.  In effect they believe their own bullshit.  They embrace the economic orthodoxy of the day and dare not question it because let’s face it most of them don’t have the slightest idea how economics work.  The politcal left have been at pains to be taken seriously as prudent economic managers.  As a result, there has been very little difference in economic policy between left and right for close to thirty years. For the left to maintain a point of difference they have sought to champion “social justice” issues.

They operate on the margins, seeking that vital last 5% of vote.  When they do this they stray further and further away from their base.

The working class took a long time to awake.  They were busy struggling to make ends meet and keep their families together.  Matters of policy and politics have little effect from day to day, but the cumulative weight of change eventually takes its toll. When it does, the ordinary person tends to wreak unholy vengeance.

No amount of PC brainwashing, allegations of hate speech or air brushing economic figures can erase the feelings of abandonment, disillusionment and betrayal felt by working people scattered across the globe from Ohio to Manchester all the way through to the Western suburbs of Melbourne.

They don’t care about transgender bathrooms, the use of pronouns or safe zones for people not to be triggered by alternate points of view.  These causes mean nothing compared to being able to work for a fair day’s pay.  Working class people care about putting food on the table and being able to look their neighbours in the eye and say, “yes I’m working.” They care about fairness and justice not in some abstract sense but in a visceral blood and guts way that represents their reality.  The parties of the left no longer represent them.  Is it any wonder that Brexit occurred?  Or that Donald Trump beat an establishment politician that pretends to have the values of the left?’

The political left have their heads in the sand

Leftist political commentators refuse to see the obvious.  They bemoan a “dangerous swing to the hard right,” when they have promoted a straight jacketed society that undervalues working class people.  Working class people are sneered at as uneducated red necks who are voting against their interests. They are either stupid or blind.

People haven’t changed as much as what the elitist leftists would have you believe.  They just woke up.

I have stated previously that Donald Trump is a symptom of a problem as opposed to a disease.  So too was the Brexit vote.  The yellow vest movement is another albeit more aggressive symptom that betrays the underlying frustrations of the working class.

If the traditional political left leaning parties want to remain relevant they must reconnect with their base. They must rediscover the principles they were built upon.

3 thoughts on “The Way The Political Left Was Lost”