What Purpose Does Alex Jones Serve? 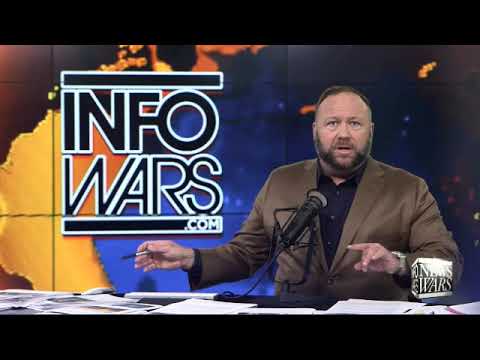 Who Is Alex Jones?

I like Alex Jones – he makes me laugh is kind of like saying I buy Playboy for the articles.

But Alex Jones does make me laugh.  I suppose that could offend both his critics and his fans.  Sorry – I can’t help it.

I simply can’t take him seriously.

He is what he is.

I’ve been trying to figure out why Alex Jones is so successful, why he has a very loyal audience and why, very occasionally he lets little truth pills slip through extreme madness of gay frogs gone mad and shape shifting globalist lizard people.

Who is Alex Jones and where did he come from?

I thought the answers would be easy.

Now I’m not so sure.

On the face of it Jones is either a crusading evangelical all American good ole boy who believes in the spirit of 1776 or he’s a crazy dude who delights in triggering the sensibilities of liberals, leftists and socialists.  He’s the classic either/or proposition and of course, he is neither.

Jones himself has said as much in court testimonies where he has proclaimed himself to be a performance artist playing the role of a character by the name of Alex Jones.

You can go back and read that last sentence again if you like – maybe you should anyway and let it roll around in your brain for a while.

While I was pondering that nonsense, I made some cursory enquiries about Alex Jones’ past.  It seems that Mr Jones literally came out of nowhere. He had an awful lot of lucky breaks.

He just seems to have been in the right place at the right time for his career to snowball.

On more than one occasion, Alex Jones has admitted or boasted that his family had deep connections to the CIA.

These connections are undisputed by Jones himself.

There has also been speculation about his second wife Erika Lynn Wuff (who has affiliations with CIA Front the Voice of America as part of a colourful history), and his two cousins Buckley Stratton Hamman and Verna Grayce Chao (both children of the aforementioned Biff Hamman).

In addition to these known connections there has been speculation about Jones’ links to Mossad.  While I can find no direct proof of these links, it should be noted that Jones never criticises Israel.

The questions I started with just generate more questions.

Are we to believe that this pedigree CIA connection went rogue?

What does he stand for?

What is his purpose?

Aside from some school year book entries, Jones was largely anonymous until 1995. He was said to be a promising footballer in his college years, but had to abandon this pursuit due to a thyroid problem.

The man who calls himself Alex Jones has a great talent for entertaining people.  I do not dispute that.  I think he may almost have genius capabilities as a comedian.  But even the very best hit speed bumps, road blocks and brick walls.  He never seemed to have that problem.

His career began in Austin with a public-access cable television program in 1995. The next year, he started hosting a radio program on KJFK called The Final Edition. At this time he started to establish his reputation as a “conspiracy theorist” and blamed the US government for the Oklahoma City bombing.

The die was cast.  Jones was always going to take the extreme end of any conspiracy theory.  He would always present as out of control, bordering on insane when he launched into these arguments.  I’m willing to bet that from day dot in 1995 it has always been an act.

To watch Alex Jones in full flight is to witness improvisational free flowing acting of the very highest order.  Jones is an actor.  He always has been. He admitted as much last year.

In being the actor that he is and by taking the stands that he does, Jones serves several key purposes.

DISTRACT AND DEFLECT: The most important of these is that Jones consistently and regularly serves to relegate areas of legitimate concern to the comic book carnival of Infowars where he can be relied upon to take the most extreme position, thereby branding anyone who has legitimate questions about a variety of subjects as a nut job conspiracy theorist who listens to Alex Jones.

Remember that conspiracy theory is a term coined by the CIA to denigrate doubters of the official story about the Kennedy assassination.

Jones was positioned right at the birth of the Internet to be the voice of the maverick.  He had charisma, was shameless and is very funny when he wants to be.

He also has a variety of “sources” and experts who have interesting connections.  Roger Stone and Jerome Corsi are constants.  Others are called in, sucked dry and let go, but Stone and Corsi remain.

Corsi has been accused of being a Mossad agent (https://hiddentaxonhumanity.com/hidden-tax-on-humanity/chapter-5-the-poland-connection/ , while Stone has been a constant figure hovering in the shadows of US politics for years.

Stone and Corsi have been constant sources of hyperbole and disinformation.  They are skilled operators, crafty enough to insert disinformation between fragments of truth.  Corsi’s assertions that Julian Assange was free and had been escorted to the United States  testify in January was destructive, as was Stone’s constant speculative commentary in relation to WikiLeaks which has convinced half the country that Assange is a Russian agent.

CASH COW The Alex Jones circus and its main platform Infowars is a juggernaut, generating massive audiences and apparently, lucrative income streams.   The Infowars business model relies totally upon the Deep State and being perceived as opposition to it.  Without the Deep State bogeyman, Infowars has nothing.

The hysteria that Jones manages to build up about fighting the globalists is all designed to get viewers to buy Jones’ array of supplements lotions and potions.

You may laugh, but it seems to work.

Jones is said to be a millionaire several times over – he must move a lot of he man brain force supplements or whatever they are.

FIREWALL Alex Jones is the ultimate firewall against investigation.  Time after time he takes legitimate avenues of enquiry, distorts them into hysterical rants and makes the thought of questioning the official narrative difficult, lest you be associated with “that nutcase Alex Jones”.

For years, Jones has championed and twisted “conspiracy theories” about

When Alex Jones let’s loose, he takes the extreme position.  He makes it impossible for ordinary people to take him or the position he takes seriously.  The most obvious example of this was when people started questioning the apparent use of code words in the Podesta emails released by WikiLeaks.  These code words coincided with the FBI listing of cord words used by the FBI.  While these legitimate questions were being raised, most notably by Ben Swann, Jones took the ball and ran with it.

He whipped his audience in to a frenzy making wild assumptions and joining dots that weren’t there.

In essence, he distracted people from the real questions and turned Pizzagate into a circus.

Once the valid questions were successfully quarantined in the bin of wild conspiracy theory, Jones backed down and made apologies to some of the major targets of his rants.

So I’m left with the question who is Alex Jones?

He’s either a very successful idiot or an incredibly useful performance artist playing a role as a conspiracy theorist.

Idiots are never successful without help and I don’t think Jones is an idiot.  He’s too funny to be one – which is kind of ironic when you discover that there is a conspiracy theory about Alex Jones involving a man that was incredibly funny.

To be honest when I started looking at Alex Jones, this is the last placed I thought I’d end up.

Alex Jones is remarkably similar in body shape, facial structure and mannerisms to deceased comedian Bill Hicks.  Bill Hicks was hilarious – a truly funny guy who was overtly political. He died in February 1994.

Many commentators have made connections between Alex Jones and Bill Hicks.  They shared the same friends, the same production company and had very much the same interests.  That’s curious. What’s even more curious is that several regular guests have addressed  Jones by the first name Bill on more than one occasion.

There is no smoking gun that can definitely say that Alex Jones is Bill Hicks but there are a striking number of coincidences that at the very least should make you at least scratch your head and wonder what’s going on here.

A video detailing these “proofs” can be viewed here

A speculative stab in the dark

Imagine working for an intelligence agency in the early nineties.  You can see the potential and the danger in the coming age of Internet communications.  You can see the rise of independent media before it happens. You need to be in on the ground floor and you need someone who has the charismatic qualities to attract an audience that you can control and divert.

Ideally, this personality will have the capability of being able to shock people.  He will be able to perform a role shamelessly.  He will speak truths but do so in such an erratic and hysterical manner that ordinary people will stray away from him.

You could pick a kid from nowhere or you could identify someone with all the qualities you need, arrange for their “death” and reinvent them as someone else.   Then you could use all of your connections to propel that person’s profile and career to stratospheric levels.

The ideal time to do this would be the mid nineties.

So who is Alex Jones?

I’m none the wiser, but he sure does make me laugh.  That is unfortunate, because many of the subjects he discusses need to be discussed in mainstream forums.

That isn’t going to happen while Jones continues to perform his circus act that relegates legitimate questions to the asylum that encloses all “conspiracy theories.